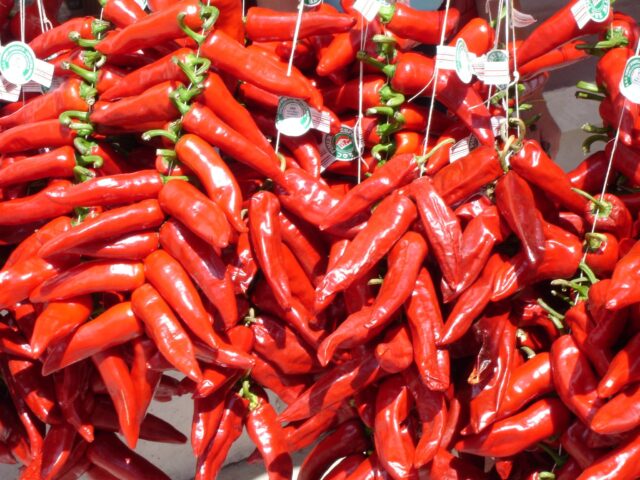 PALESTINE – If there was any doubt about just how serious the COVID-19 pandemic is, just follow the money.

The list of money-making events that have been cancelled because of the Coronavirus is staggering. First, there was the Houston Livestock Show and Rodeo, then came the NCAA Men’s Basketball Tournament. The NBA season has been put on hold and Major League Baseball has yet to start. The 2020 Summer Olympics have been cancelled and the list goes on and on.

While not on the monetary generating scale of those other events, closer to home, many other local events have had to cancel such as the Mushroom Festival in Madisonville. Now, information provided by the city of Palestine indicates the 2020 Hot Pepper Festival held in Palestine has been cancelled.

According to a press release received on Friday, July 17, “The city of Palestine will be cancelling the annual Hot Pepper Festival, which was scheduled to be held on Saturday, October 24, 2020.”

Mayor Steve Presley stated, “We want to protect the citizens of Palestine and all of the visitors who come to town, so we have decided to cancel the festivities this year.”

Presley went on to say while many people would be disappointed with the decision, he felt with the current uncertainty due to the pandemic, this would be the most responsible action to take to keep everyone safe.

City Manager, Leslie Cloer added, “I do want to say thank you to all of the city staff and numerous volunteers who have helped the city manage and make this event so successful. We appreciate the support that Palestine has received for the Hot Pepper Festival in the past, and we look forward to transitioning this festival to be hosted by the Palestine Area Chamber of Commerce for the next festival to be held in October 2021.”