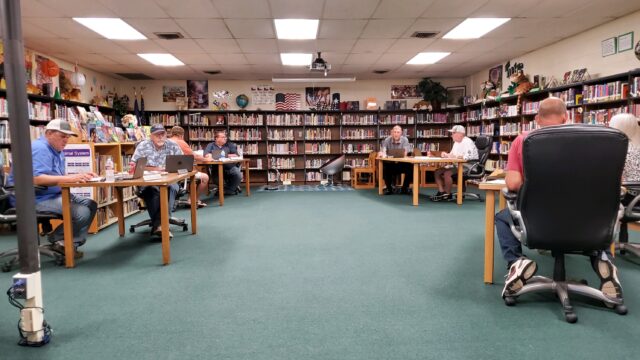 LATEXO – The Latexo Independent School District Board of Trustees met in a regular meeting on Thursday, July 9 to continue hammering out plans for the opening of the 2020-2021 school year.

With no public comments, Board President Kelly Nicol moved the board into the actionable items portion of the agenda. Once the consent agenda items were approved, the board gave its approval to a contract with Chase Network Services for the upcoming school year.

The next item for discussion pertained to fuel bids submitted to the district. LISD Superintendent Michael Woodard informed the trustees only one bid had been received and that was from Crockett Farm and Fuel.

Following the fuel bid discussion, the trustees were presented with a contract for the Disciplinary Alternative Education Program (DAEP) between Crockett ISD and Latexo ISD.

“This is the same thing we do yearly with Crockett, if we need to send a kid to DAEP. We’re going to buy one seat again at $4,000 per slot. If we need to send more kids, we can add more, but I think one is good enough to start with,” Woodard said.

After a brief discussion, the DAEP contract with Crockett ISD was approved.

As the meeting continued, the next item on the agenda concerned the 2020-2021 teacher pay scale.

“This is the same as last year. Nothing has changed except for Step 21. We added an additional step to the scale because we do have some teachers who have between 20 and 30 years (of experience). The state of Texas doesn’t go past 20. My plan is to keep adding a step each year so teachers can get a little bump (in pay) every year,” Woodard informed the trustees.

During his report, Woodard said the start of school would be Aug. 10.

“It changes daily on the TEA website but one of the things it says is that we have to have in-person teaching and remote capabilities,” he said.

Woodard said at this time, masks would be required but added he thought the governor might change the mask mandate.

He went on to say the district would be receiving a large shipment of PPE next week which would include: 4,136 masks; 1,984 gloves; three thermometers; and 42 gallons of hand sanitizer.