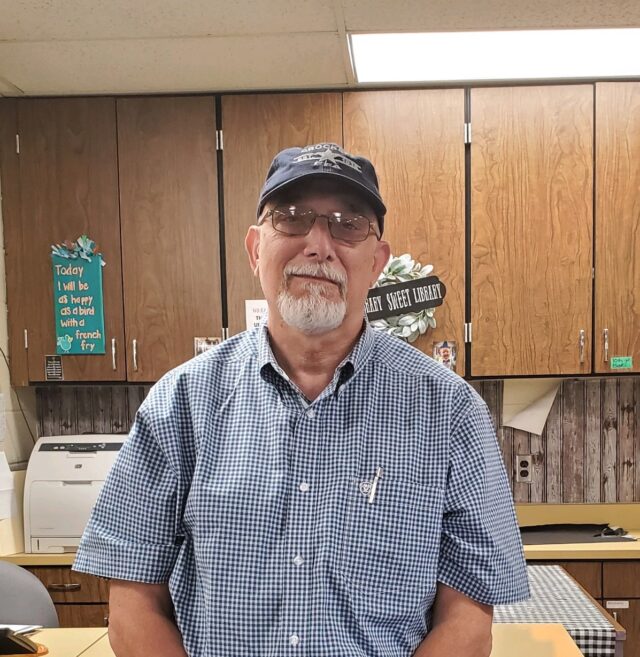 LATEXO – Over 30 years ago, the world had never heard of COVID-19. Big hair and acid wash jeans were all the rage and Crockett FFA Advisor Richard Smith began his career in education.

Earlier this week, Smith officially decided it was time to call it a day and submitted his retirement papers. On Thursday, May 14 – following a Latexo ISD Board of Trustees meeting – Smith reflected on his career in education.

Asked what led him to becoming an FFA advisor, Smith chuckled and said, “I used to love it. I would skip every other class in high school just to get to go to the Ag building. We showed cattle and I just developed an interest.”

After graduating from Sam Houston State University, Smith said his education career started in a little town called Penelope, near Waco. From there, he went to Trinity and then took a break from teaching to serve as a nursing home administrator.

Questioned about the career change, Smith revealed he was a licensed nursing home administrator.

“Robert Winfield got me to do that. He’s a friend and at that time he needed some administrators. He helped me to get through it (licensing). I had to go to Austin to take a state licensure test. I passed it and I was the nursing home administrator in Grapeland,” he said.

Smith said he began to miss teaching while he was serving as the nursing home administrator and before long he found himself getting back into education as the FFA Advisor at Latexo, where he spent 19 years. For the last seven years, Smith has served as an FFA Advisor at Crockett High School.

As to what he plans to do when his retirement takes effect at the end of the 2019-2020 school year, Smith explained, “I have a garden and my yard looks real good. This COVID-19 virus kind of factored in to my decision. I have enjoyed being home and doing things I haven’t done in years because I just didn’t have the time for it.”

During the discussion, Smith was also asked what he considered to be some of his greatest accomplishments in his 30 years in education.

“The Grand Champion project at the Houston Livestock Show and Rodeo when I had Dr. (Michael) Allen’s brother in school here. Going to state in contests, all the officers and the connection you have with the kids. A lot of people don’t understand that we have a different relationship with kids rather than in a normal classroom because we spend so much time with them. We haul them all over the world,” he said.

Smith also spoke about bumping into a former student at the Peanut Festival.

“She was the Chapter President right before I left (Latexo). I hadn’t seen her since. I ran into her at the Peanut Festival and she just started crying. She hugged my neck and told me how much she appreciated what I did for her. That’s not why you do it, but it sure makes you feel good to know that you’ve had that kind of influence in a kid’s life,” he said.

From all of us at The Messenger, congratulations on your retirement and best of luck in whatever you decide to do next!