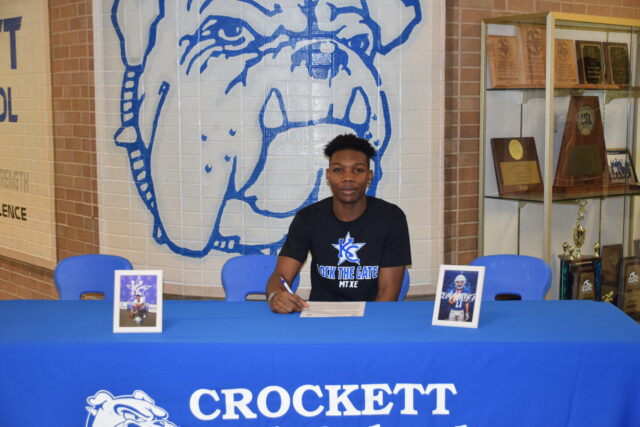 CROCKETT – It was National Signing Day on Wednesday, Feb. 5 and two Crockett Bulldogs inked their names on a National Letter of Intent to take their talents to the next level.

The first Bulldog to sign was CHS senior Cristian Brice who indicated he had selected the Kilgore College Rangers as the team with who he wanted to continue his football career.

“It feels like a great, competitive school. They are hard-working and I know I can get a championship there. Plus, they can push my abilities to places they have never been before,” Brice said as to why he selected Kilgore.

Recruited as a free safety, Brice said he plans to study kinesiology during his tenure at Kilgore.

The newly signed Ranger said “… he was recruited by Navarro, Trinity Valley and a DII school out of California but I chose to stay home.”

Given the history of the Rangers sending players to bigger colleges, Brice said he would like to possibly play for Baylor, Maryland, Nebraska, UTEP or even Ole Miss after his two years are complete in Kilgore.

As to what he would tell his teammates who will return as Bulldogs, he said “… keeping working hard. Always chose yourself before you chose anything else.

From all of us at The Messenger, we would like to say congratulations and wish you the best of luck in your future endeavors. 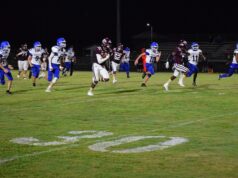 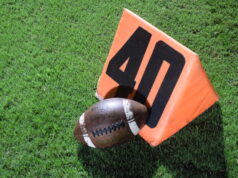