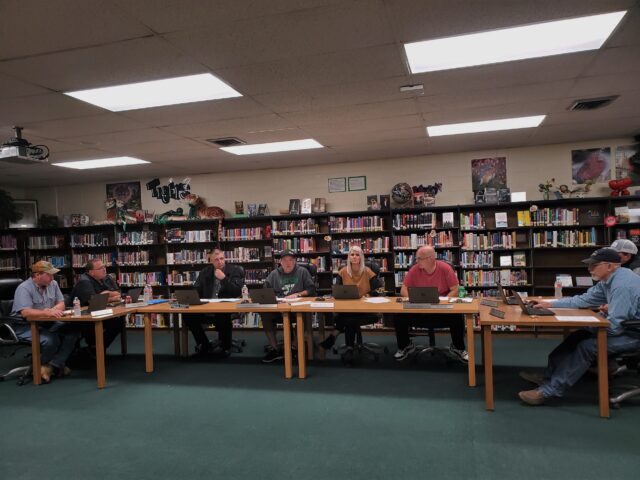 No Increase in Tax Rate

LATEXO – During a called meeting of the Latexo Independent School District Board of Trustees, held on Monday, Feb. 3, the board members voted unanimously to go out for a $5 million bond.

“The bond will be called for $5 million,” LISD Board President Kelly Nicol said following the meeting. “That amount will allow us to continue with the same amount the district residents are already taxed in the I&S (interest and sinking) part of the tax rate.”

Nicol said he and the board had been in consultation with the district’s financial planners in order to prevent any overlap of the current bond – set to be paid off in February of 2021 – and the proposed bond.

“The taxes will be the same as last year,” he stressed. “Whatever you have been paying, you will continue to pay, based on the appraised value of your property.”

The current tax rate for Latexo ISD residents is $1.129 per $100 of property valuation. Last year, the state of Texas compressed the M&O (maintenance and operations) portion of the tax rate from $1.04 to $0.97, which resulted in a lowering of the tax rate.

“When I first came on the board, the tax rate was $1.219. Because of past board members forward thinking, they were able to get better bond rates. In addition, the increase in area values and other factors made it possible to lower the tax rate prior to the compression. Our hope is to be able to do that again and set up future board members for success.”

Nicol indicated the $5 million bond would cover the construction costs of a new multi-use facility (gym), additional classrooms for CTE (career and technical education) courses and a new cafeteria for the elementary school.

“The one thing we wanted to make sure of is to not pass on any further tax burden to the taxpayers. That’s why this is such an opportune time to go out for the bond and continue with the taxes we have. We are growing within our budget,” the board president said.

If the bond passes, Nicol said he has hopes of seeing the project’s completion by the start of the 2021-2022 school year.

“That is just my personal goal. There are a lot of things we have to do before that can happen. We have to finalize our architect and the contractors that will be involved in the project. It’s all a process. We need to take that process slowly, make sure things are done right and the district’s tax dollars are spent properly – in the most conservative way possible,” Nicol explained.

Asked if the district had started vetting any potential architectural firms, Nicol said the district had previously used the firm of Goodwin-Lasiter-Strong “… but we will look at others. Cost is not a factor when you look at architects but we do need to see what other firms have to offer and make sure this is the building we want.”

“The Wells facility is a 600-seat gymnasium. That is what size we would like ours to be. The facility in Slocum is the exact same facility as in Wells, except that it seats 750,” he said.

“Throughout this process,” Nicol stressed, “We are going to be transparent.  Voters need to know exactly what is going on so they can make an informed decision.  This is a community facility. This is something I believe our community can take in as their project and have something they can take pride in.  The voters will have the opportunity to decide that for us. However, they need to be more involved than just going to the polls and voting. We would like input from the community and what they think we need.”

He added the current board members had spoken with several former board members to get their input “… because they have walked in our shoes and they know how this works. We are also looking for anyone else who would like to serve on a committee and would like to be a part of this process. We are all in this together. To make it right, everyone should have a say.” 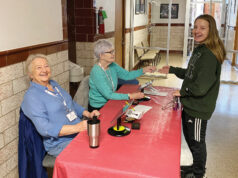