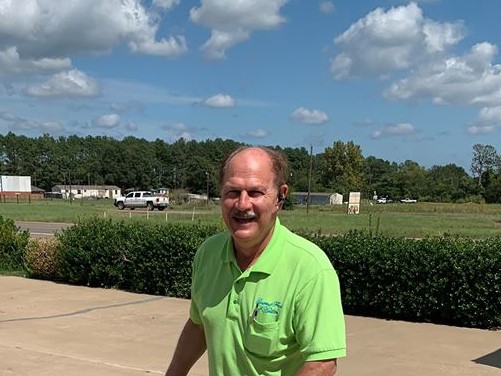 HOUSTON – A man with ties to Houston County was murdered on Sunday, Jan. 19 when he arrived at his former home to pick up some of his belongings.

According to reports from the Harris County Sheriff’s Office (HCSO), Ray Court, 66, was gunned down by his estranged wife when he arrived at her residence in northwest Harris County driving his girlfriend’s vehicle.

Carolyn Court, 68, stands accused of the murder after she became infuriated at the sight of her husband driving another woman’s vehicle, pulled a Smith and Wesson .38-caliber revolver and shot him dead in the hallway of the couple’s former home.

The Courts were still legally married but had separated several weeks prior to the homicide, the HCSO reported. They had been married for 42 years.

Houston County residents may remember Ray Court as the co-owner (along with his wife) of Gourmet Foods of Houston.

According to the company’s website, “After working for other food companies, Ray Court started Gourmet Foods of Houston in 1979. His goal was simple – to personally select and sell the highest quality of food products available on the market and to deliver them directly to his customers at a reasonable price. The quality of his service and his products is reflected in the loyalty of his customers – approximately 95% of those who have ordered from Ray have become his regular customers.”

Nowhere was this more evident than in Houston County, where he maintained an apartment. Court’s service, along with the quality of his product, resulted in a dedicated customer base in the state’s oldest county. It also resulted in the formation of several longtime friendships.

During a probable cause hearing held on Monday, Jan. 20, Carolyn Court admitted she tried to slap her husband but he grabbed her wrist. She also confessed to having a bad temper, Harris County prosecutors revealed.

According to the prosecution, after Carolyn attempted to slap Ray, he went to the bathroom. While he was in the bathroom, testimony indicated Carolyn Court then retrieved the .38 caliber handgun.

In an article published by KHOU TV, “She allegedly admitted to cocking the hammer and demanding answers from her husband when he left the bathroom. That’s when the gun was discharged, she said.”

Harris County Sheriff Ed Gonzalez reported Carolyn initially told investigators the shooting was an accident. She said she pulled out the gun during an argument and it went off.

Her bond was set at $150,000, which was posted. She was released pending further legal proceedings.