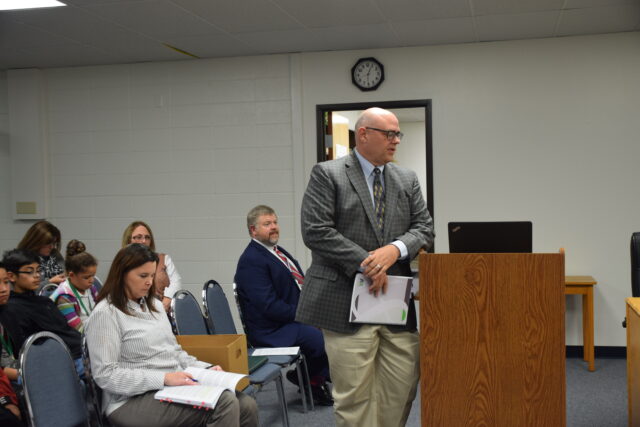 CROCKETT – The Crockett Independent School District Board of trustees received some good news concerning the district’s financial position during a meeting held on Monday, Nov. 18.

Once the meeting was called to order Board President Lela Wheeler opened a public hearing on the district’s Financial Integrity Rating System of Texas (FIRST) rating.

“The state has set these rating in place to ensure schools are held accountable for the financial awareness and management of the school. The FIRST system – the Financial Integrity Rating System of Texas – is designed for us to maximize our financial responsibility with our tax payer dollars,” CISD Business Manager Tamra Scroggins explained.

She said there were 15 areas which were rated including the 2017-2018 audit, the district’s debt and PEIMS information.

“For this FIRST rating – for the 2018-2019 period – we actually scored a 100 or Superior. I want you to know (former CISD Business Manager) Gail (Hansen) worked very hard. This was the 2017-2018 information and she worked very hard to receive that 100. I want to give kudos to her. It was really wonderful,” Scroggins said.

After applauding Scroggins for helping to achieve the score of 100, CISD Superintendent Terry Myers also expressed his appreciation to the school board, staff and campus principals for their efforts.

“This district is certainly doing a good job handling the finances that are given to us,” Myers said.

Reading from the audit report prepared by the accounting firm of Axley &Rode, LLP, Myers informed the board, “The district’s total net position increased by $614,457 before the prior period of adjustment. The last bullet (point) says the district’s total bonded debt decreased by $485,000.”

Myers reminded those in the room when the budget was approved for 2018-2019 school year, the district was projected to have a $636,000 budget deficit.

The campus principals along with Scroggins and Assistant Superintendent John Emerich were lauded by Myers for their leadership in managing the district’s financial blueprint.

In addition to adding $216,000 to the general fund, Myers said the district was also able to accomplish several capital projects. Among these were: $660,000 on upgrades to Monte Jack Driskell Stadium; $11,500 in bus repair; $39,000 (insurance) baseball field bleachers; and nearly $19,000 for a backflow preventer at the new CISD annex.

Following several more highlights from the audit, the superintendent yielded the floor to Eric Carver, the Director of the Assurance Services Department and the Director of Assurance Quality Control at Axley & Rode, LLP.

“I want to point out that coming in as new auditors, we do a really deep dive into your internal controls. We look very closely at your access to computer systems – who can do what and those type of things. I’m very pleased to say that with a new auditor, you usually have some type of new findings, but we didn’t have anything that rose to that level of reporting,” Carver said.

The CPA said the firm was issuing an “… unqualified opinion, which is the highest level of assurance we can give you that everything is materially correct for government activities.”

When Carver concluded his presentation, Myers commented on the audit report and the Superior FIRST rating.

“I want everyone here to understand the roll the (school) board plays in the budget. This board has allowed me to be superintendent and allowed us, as administrators, to administer conservative budgets but has also allowed us to raise salaries by $8,000 or $9,000 for a beginning teacher and an ending teacher in this district over the past six years. This board has watched and given this superintendent a directive to build the fund balance, but don’t make kids or teachers suffer. They have done a great job of holding us to that, knowing what the fund balance is, knowing what we are capable of doing and asking questions when they don’t. This board has done a great job, fiduciary-wise, according to this superintendent,” Myers said.

In other matters brought before the Board of Trustees: 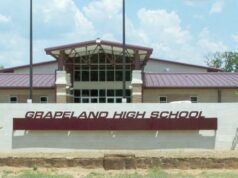 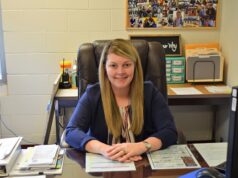 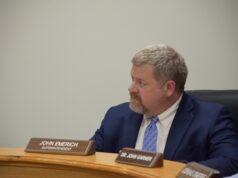