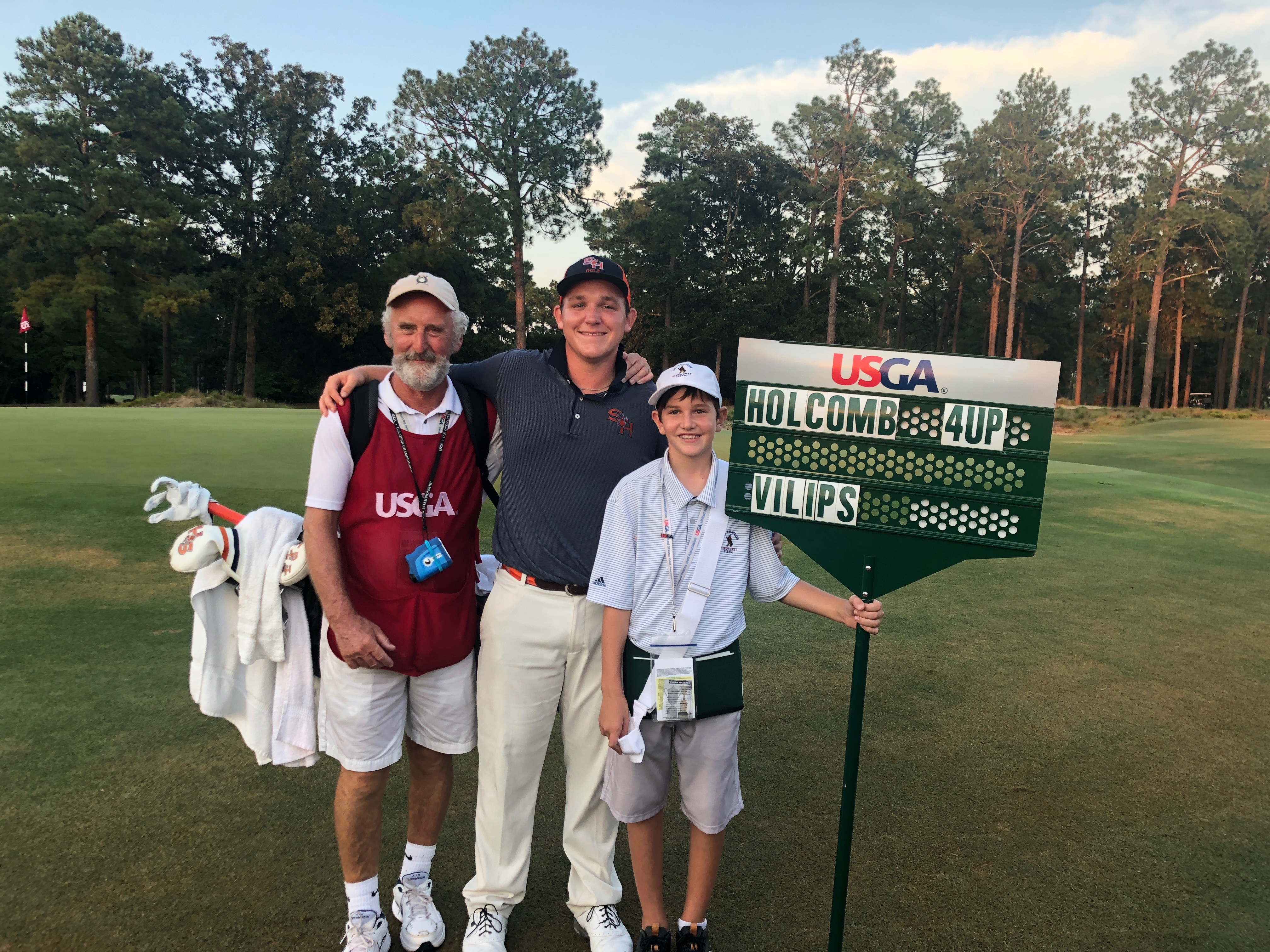 Masters, US Open Berth at Stake

PINEHURST, NC – Their names are legendary. Arnold Palmer, Jack Nicklaus, Tiger Woods and Phil Mickelson have all laid claim to the Havemeyer Trophy at the US Amateur Golf Championship.

Now, a young man from Crockett is poised to etch his name next to the greats as he competes in the 119th US Amateur, held at the Pinehurst No. 2 course in Pinehurst, NC.

Former Crockett Bulldog and current SHSU Bearkat, Will Holcomb V moved into the round of 8 on Friday, Aug. 16 and while that’s impressive in its own right, Holcomb didn’t stop there. He blistered his quarterfinal opponent, Australia’s Karl Vilips – 4 and 3 – to advance to Saturday’s semifinal round against John Augenstein from Kentucky.

The quarterfinals were not supposed to be this easy. Holcomb needed a miraculous comeback in the round of 64 to advance. The round of 32 saw the match decided on the 18th green while the round of 16 wound up going to Holcomb 2 and 1.

The round of 8 saw Holcomb and Vilips staying even through the first two holes. One of the best golfers ever to play the course at Spring Creek Country Club made his move on the third hole as he made par while Vilips bogeyed.

After that, Holcomb never looked back as he went 2 up on the fourth hole, 3 up on the sixth and 4 up on the ninth. He gave one back on the 11th but made up for it on the 12th. With time running out for the Aussie, Holcomb calmly matched him shot for shot on 13 and 14.

And when the two golfers both recorded a 4 on the 15th hole, Holcomb walked off the green with the win and into the semifinals.

His journey at Pinehurst began with two days of stroke play on Aug. 11 and Aug. 12. The former Bulldog came out of the gates on fire as he birdied two of the first three holes. He slipped a little with back-to-back bogies on holes four and five, but righted the ship to finish the front nine with four consecutive pars to make the turn with an even par 35.

The back nine saw Holcomb holding his own against the challenging course with a 2-over back nine for an opening round 72.

Day two of the tournament saw the SHSU Bearkat go birdie-bogey-birdie to open his round and move to +1. Holcomb hit a rough patch at the eighth hole, however, as he bogeyed three of the next four holes to drop back to +4.

Fortunately, he righted the ship to finish the remaining holes at even par to finish the stroke play portion of the tournament at +4.

In 2018, Holcomb missed the cut by one stroke, but 2019 was a different story as the cutline was set at +5. His two day total was good enough to advance the young golfer into the match play portion of the tournament.

In the round of 64, Holcomb took on England’s Thomas Forster and after the first 10 holes of the match, he found himself 4-down. It appeared the cutline hadn’t done him any favors. Things were so bleak, the USGA website only gave Holcomb a 2% chance of winning the match.

Something happened, however, between the 10th green and the 11th tee box. Either Holcomb caught lightning in a bottle or Forster began to feel the pressure of competing in the US Amateur. Perhaps it was a little of both. Regardless, the Crockett native won the next four holes to square the match with four holes left to play.

The two golfers played the next two holes even, but on 17 Holcomb knocked in his putt for a par 3 while Forster bogeyed the hole. Now, down by one with one hole left to play, Forster tried claw his way back but an errant shot sealed his fate as Holcomb birdied the 18th to win the match 2-up.

The win moved Holcomb into the round of 32 where he faced Sweden’s Ludvig Aberg. The match was tight throughout. Holcomb grabbed the early lead but the Swede managed to tie his American counterpart by the time the two golfers walked off the green at 10.

Holcomb regained the lead on 11 and went 2-up on Aberg when he rolled in a birdie putt on 13. Aberg battled back to square the match as Holcomb struggled on 15 and 16. The 17th hole saw both golfers make par to set up a showdown on 18.

Unfortunately for Aberg, it was Holcomb’s day as he parred the 18th while Aberg bogeyed to send Holcomb into the round of 16 with a 1-up win.

In the round of 16, Holcomb faced fellow Texan Pierceson Coody, the grandson of 1971 Masters champion Charles Coody.

Coody, from Plano, bogeyed the first hole while Holcomb made par to go 1-up. The two Texans played each other even through the next three holes, but the East Texan came through on the fifth hole to go 2-up.

After struggling through the first few holes, Coody caught fire on the sixth green to win the hole as well as the next two to go 1-up. Holcomb squared the match on nine as the two golfers made the turn towards the clubhouse.

The 10th hole went to Coody but Holcomb battled back to tie the match on 13. Both players shot a 4 on 14 and a 3 on 15 to stay even with each other. With three holes left to play, Coody blinked. Holcomb picked up the 16th hole and then rattled in a par putt on 17 while Coody bogeyed to give Holcomb the match by a score of 2-up.

As previously mentioned, Holcomb took care of business against Vilips in the quarterfinals and will next face John Augenstein in the semifinals. The two golfers will tee off at 2:35 pm.

The winner of the Holcomb/Augenstein match will play for the tournament championship along with a few other perks.

According to the golf.com website, “The US Amateur champion receives exemptions to play in the Masters, US Open and the British Open — as long as they retain their amateur status. They are also automatically qualified for the next 10 US Amateurs, providing they keep their amateur status. The runner-up also receives exemptions into the Masters and the US Open.”

The Messenger and The Messenger Sports staff would like to wish Will Holcomb V the best of luck in his quest to bring the Havemeyer Trophy back to East Texas. 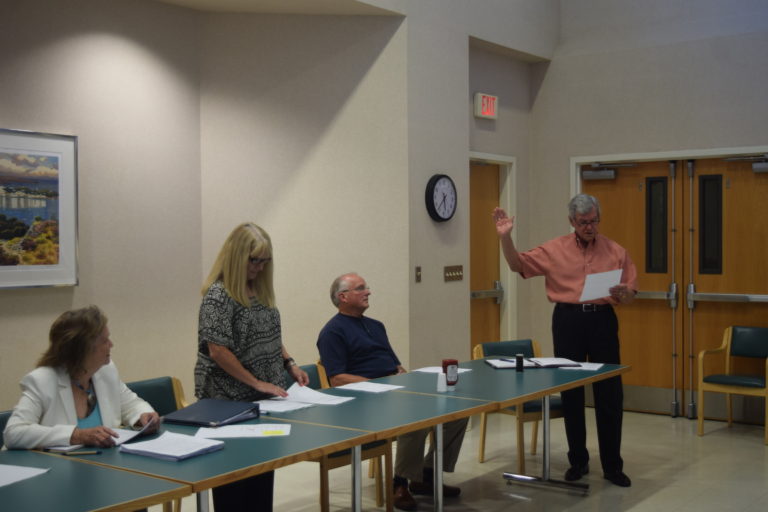 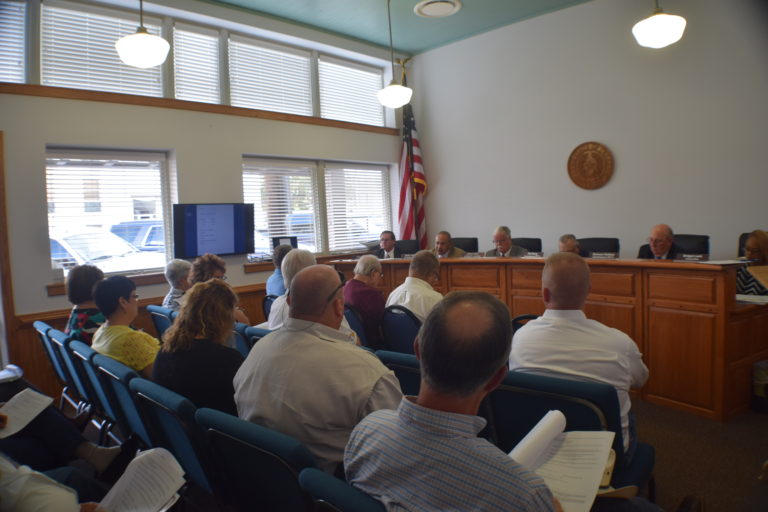 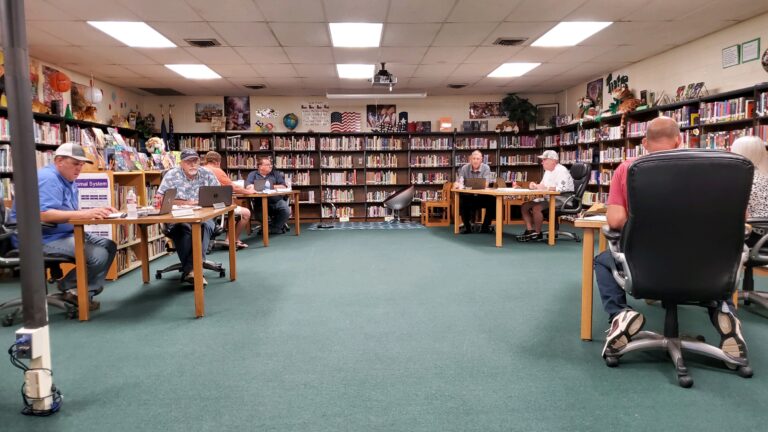 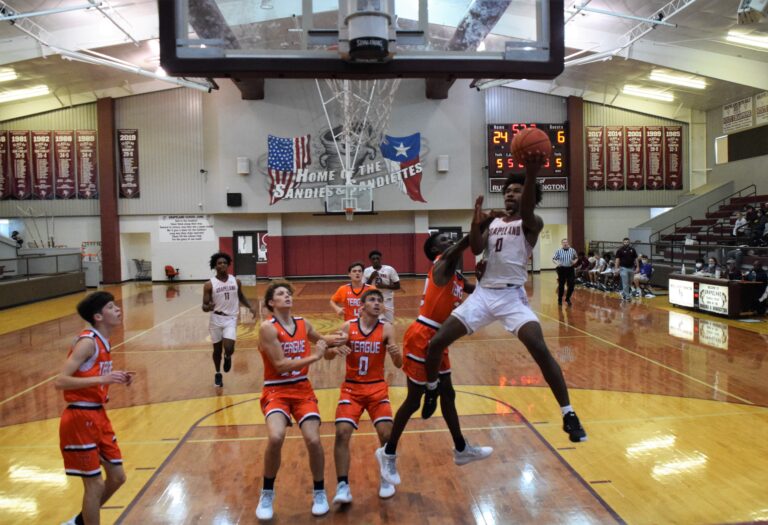 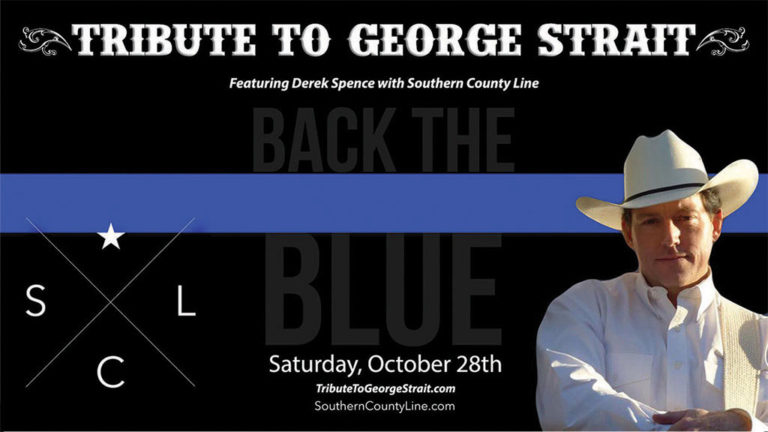