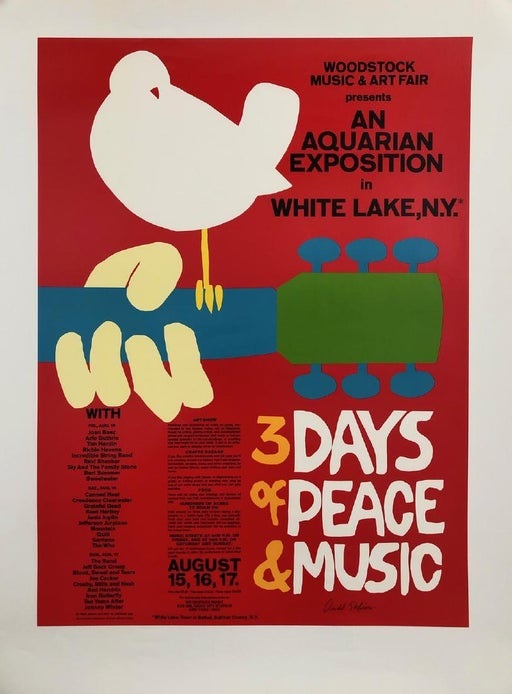 HOUSTON COUNTY – In 1969, a group of four men came together to plan and finance a large music festival. Despite numerous setbacks and differences of opinion, what resulted from the discussions “… has become widely regarded as a pivotal moment in popular music history, as well as the definitive nexus for the larger counterculture generation,” according to an article in Rolling Stone magazine.

One of the nearly half-a-million fans in attendance was Houston County resident David Baker, who recalled his experience at the show.

“I was living outside of Philadelphia, PA. Me and my friends were really into music and at that time there was a lot of new music coming out. One of the radio stations in Philly was promoting this music festival up in Bethel, New York. We got ourselves together, went out and bought six tickets and then drove up,” he said.

Baker recalled they arrived real late on Friday (Aug. 15) night “… and we were fortunate enough to be able to go to the show the next day.”

Asked if there were any particular bands or acts he and his friends wanted to see, Baker replied he had hopes of seeing The Who.

“We really wanted to hear The Who. They were the last performers we heard that day. It was quite an experience to see their enthusiasm. Before the show really got going and they were setting up, Abbie Hoffman – a real peace promoter – jumped up on the stage and tried to take the microphone away from Pete Townshend. Pete hit him with the neck of his guitar and knocked him off the stage. He continued to tune his guitar and went on with the show,” Baker laughed.

The trip from Pennsylvania to New York took the friends along the back roads to Scranton, PA where they joined up with another friend before heading to Bethel, NY.

“When we got up close to the farm – there were nothing but cornfields around there – it was raining pretty hard. We decided it would be a good time to stop so we pitched our tent on the side of road. It rained all night but when we woke up the next day, we could hear the music,” he explained.

Baker said after everyone got up, they started making their way to the venue using a pathway that had already been beaten down through the corn.

“We got up to the entrance and of course there was nobody taking tickets. We must have been the only people in the whole show who had tickets. The fences were already torn down, but there were a lot of good spirited people out there. No one had a harsh word to say. Even the New York State Troopers were nice and smiling,” he said.

“The unfortunate thing,” Baker continued, “was the rain was off and on. If the weather had been beautiful, there’s no telling how much more fun we would have had. It’s hard to imagine having any more fun than we did, but it would have been nicer to have a little bit better weather.”