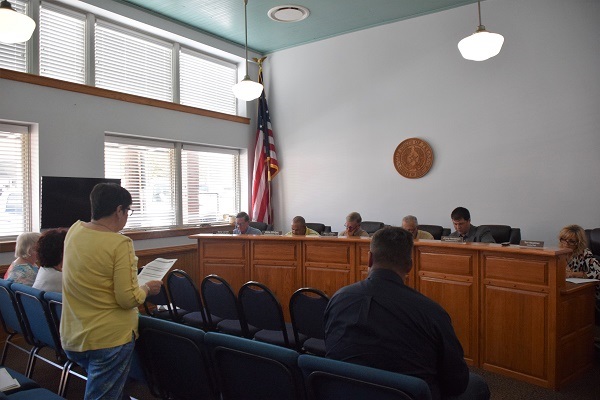 HOUSTON COUNTY – During a called meeting of the Houston County Commissioners Court, held on Tuesday morning, Aug. 6, the court announced the ad valorem tax for Fiscal Year (FY) 2020 would remain the same as FY 2019.

“Our proposed tax rate (of 54 cents per $100 of property valuation) has not changed in this proposed budget,” Houston County Judge Jim Lovell said.

After the announcement, Precinct Two Commissioner Willie Kitchen requested “… a quick overview of what this tax rate supports and the differences in last year.”

Houston County Auditor Melissa Jeter said if the county keeps the same tax rate as in FY 2019, it would generate $741,000 more in property taxes.

“On the front of the budget is our required notification of $153,000 in new property. We do have our new tax note of $422,000. We did receive additional revenues – I estimated – of sales tax. We received about $50,000 in timber funds. We did, however, receive some reductions in revenues in county clerk and district clerk fees,” Jeter said.

Other declining revenue sources, according to the auditor, came from tax collection, medical fees and a reduction in the tax abatement for the Alamo gas plant.

Jeter added utility costs went down roughly $12,000 while a new deputy sheriff’s position, along with a dispatcher’s position, were added to the budget.

Following a brief discussion of other expenses budgeted to be incurred by the county in FY 2020, a motion was made, seconded and unanimously approved to set the proposed tax rate at 0.54 per $100 of property valuation, the same as FY 2019.

Traffic stop turns into drug bust for Magnolia man, juvenile
Grapeland ISD has it made in the shade
'Give Me the Bible" conference set Saturday