CROCKETT – During the Crockett City Council meeting held on Monday, April 1, it was announced Onshore Technology Services – an IT company – would be locating a facility in Crockett

Following the announcement and while several legal documents formalizing the agreement between the city and the company were being signed, The Messenger had a chance to speak with Onshore Technology’s Senior VP of Client Services, Dan Nixon.

“This is pretty solid. It’s pretty binding. This is a fairly lengthy agreement between us and Crockett. We will be committed to a good bit and so will they,” Nixon said. 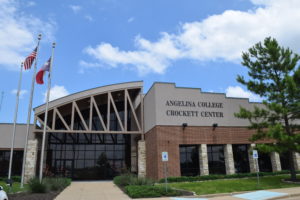 As to what the company does Nixon replied Onshore Technology runs a fairly wide array of varying IT aspects.

“Our goal or vision is to come to rural, small towns in America, revitalize the community and essentially re-create the rural middle class. In order to do that, we need a fairly broad set of responsibilities so we can create jobs from that entry-level position up to much higher paying, professional positions,” he explained.

Nixon further indicated the company would establish positions in areas such as help desk support “… all the way up to doing applications on the computer.”

Questioned about starting pay with Onshore Technology, Nixon indicated it would vary by position but “… for a person with no experience, they would start with an annual salary of around $25,000 to $26,000 per year. That could range all the way up to the senior architect positions in our software development group that start around $70,000 to $80,000.”

Concerning benefits, the VP said Onshore Technology offers health, dental and vision insurance. In addition, life insurance, an accidental death and dismemberment policy and up to three weeks of paid time off are also offered to employees. These benefits are available after 60 days

He said the facility is looking to employ approximately 100 people which is part of the incentive agreement with Crockett.

“We believe the Crockett community can actually support more than that. We see that as our initial goal and that’s the one we want to get out there and advertise, but in our back-pocket we think we can do more than 100,” he said. 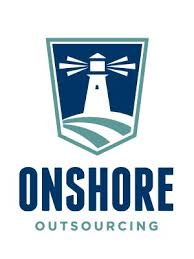 Nixon also discussed what he termed a boot-camp style of training for new hires.

“The way our program works is that we run two-month cycles of boot-camps in order to train people up and employ them. I believe we will start with six to eight employees, some of which will come from our other facilities to get things started. After that, we will be off to the races to train people as quickly as we can to get them in the door. Our typical class size runs from five to people at a time,” he said.

He said the program itself is very intensive in hopes the employee may attain a job in the IT profession in a very compressed time frame.

“It’s a pretty intensive course, like I said. They will spend eight hours a day in the classroom doing collaborative projects. There will be instruction in the morning, a short break in the middle and they will often get sent home with some homework as well. They will be asked to do some research on their own and then to come back in the morning and be ready to go,” Nixon said.

Included in the areas potential employees will receive instruction in are: database fundamentals; basics of programming; how to create webpages and developing web applications.

“The boot-camp itself is unpaid. We offer a certification at the end of it and as soon as the student graduates, they will receive an offer at that point,” Nixon said.

On Tuesday, April 2, Chairman/CEO Shane Mayes issued a statement in an e-mail.

“We’re delighted to be adding Crockett to the list of communities we serve, and we applaud the community for having the vision to invest in itself,” Mayes stated in his correspondence.

“We know how hard it is for small towns to survive in an economic landscape driven by globalization and technological disruption,” Mayes’ statement continued. “The future can be kinda scary…but I saw something very special last night that should give people hope. I saw people unified in their desire to not only survive, but to thrive in the face of these challenges. I saw people who deeply care about future generations in Crockett. This hopeful spirit is something to be proud of.”

Onshore Technology will be conducting interviews for direct hire candidates through the month of April. For those who would like to join the Onshore family, but who don’t have a background in IT, the company has a boot camp style training program which is provided at no cost.  If you want to a challenging, fast-paced career to help you see beyond your current situation toward a better way of life, visit www.onshoreoutsourcing.com/careers.