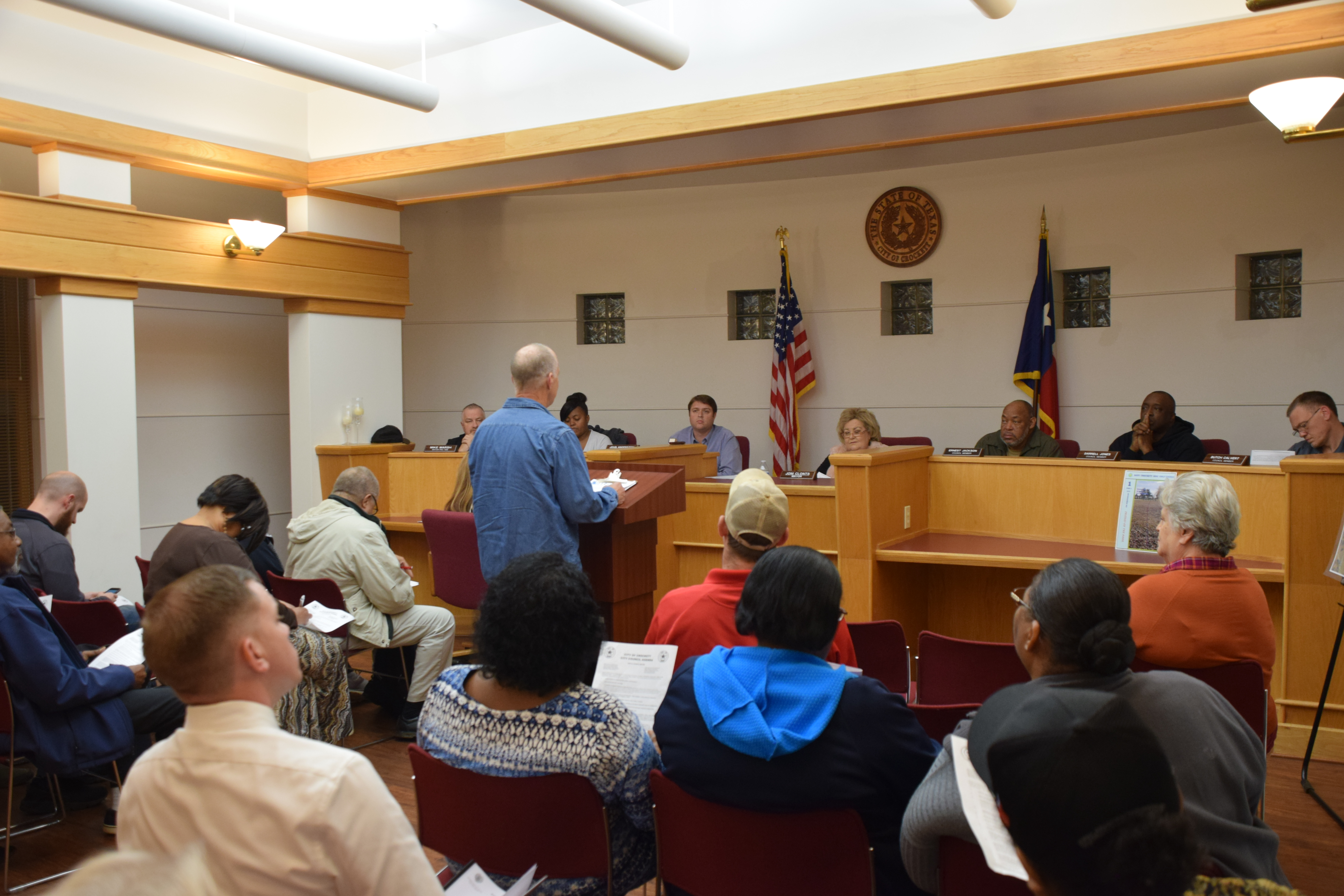 CROCKETT – The monthly rate for garbage pickup in the city of Crockett is going up slightly following the approval of an ordinance by the Crockett City Council during their regularly scheduled meeting held on Monday, Jan. 8.

The current rate charged for collecting trash in the city is $19.34 per month. Under the new ordinance, the rate will now be $19.77 per month per home. Each additional cart for a once per week collection, will now cost $5.28 per home per month.

In addition, commercial hand collection at two times per week with a 95-gallon cart will now cost $30.25 per month.

City Administrator John Angerstein explained the rate was a 2.4 percent increase, based on the Consumer Price Index (CPI). A motion was made seconded and approved by a 4-1 margin, with Darrell Jones voting in opposition.

Before the trash rate hike was approved, Crockett resident Michael Billig gave a presentation about disc golf. He said he had resided in the city for the last year or so and was passionate about the sport.

“This is a sport that has grown tremendously over the last 20 years. It has like 10 percent growth nationwide, every year. People play it all over and it’s a very fun thing. I’ve done it for 20 years and while some people are into tournaments, I’m a recreational player,” Billig said.

He added he would like to see a recreational course in the city of Crockett and had started the process of designing one but he needed help with funding.

As of right now, Billig said he had received seven donations of $300 each “… which will give someone sponsorship of a hole. I have commitments from five more, but I just haven’t received the checks.”

Billig said donations could be made to “Friends of the Park” and added there would be a demonstration of the sport on Saturday, Jan. 12. Because it was a discussion item only, no action was taken on the matter.

Prior to the disc golf and trash rate discussions, the council opened the meeting with a public forum. The first Crockett resident to speak was Wayne Tubbs who advised the council he had been bullied by a male and female couple since Dec. 24.

Tubbs indicated he had been to the police but felt they had had done nothing to alleviate the situation. Interim Crockett Police Chief Clayton Smith replied Tubbs had been involved in two incidents. The first, according to Smith, showed Tubbs to be the aggressor. The second incident, which occurred earlier on the day of Jan. 7, was still under investigation, the police chief said.

The next person to speak was Billy “Hollywood” Groves who informed the council of three items he was concerned about. The first, Groves said, was his hope to establish a citizens review board “… to answer all the controversies going on. It gives the people a voice and a chance to speak.”

The second issue was a request to loosen the laws regarding marijuana possession within the city of Crockett.

The third matter Groves discussed was the hiring of black police officers based the city’s demographics.