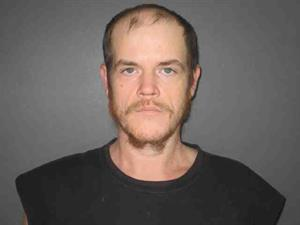 Now that Hague has returned to Crockett – and her (presumably ex-) boyfriend is in jail – the answers are beginning to reveal themselves.

While Hague was still missing, however, officers with the Crockett Police Department spoke with her boyfriend, 37-year-old Gary Dewayne Whitney, at his residence in Crockett.

According to an affidavit of probable cause, on Dec. 12, interim Police Chief Clayton Smith questioned Whitney about several matters related to Hague’s disappearance and indicated he “… appeared to be slightly nervous while speaking with me.

The police chief asked Whitney if he had heard from Hague and he stated he had not. Smith also questioned him about Hague’s phone, which it was learned, had been left on the charger at the time of her disappearance.

Whitney said the phone was still at the Quail Trail Subdivision residence, which he shared with Hague, and added he had been using the phone because Hague had given it to him.

In the affidavit, Smith remarked he found this odd because “… Whitney had previously said that Hague left the phone on the charger when she left with (Ricky) Hayslett and (Starr) Raw the morning of November.”

Smith asked if Whitney would be willing to turn the phone over to the police so they could check for any leads to her whereabouts. The chief also asked if Hague had left her wallet or purse at the residence when she left.

Whitney replied she had left her wallet, retrieved it from a console in a couch and then gave it to Smith. He was also asked if the one card found in Hague’s wallet was the only card and Whitney replied he thought it was, the police report said.

“Whitney did tell Chief Smith that Hague had a Lonestar Card with food stamp benefits but he figured she had that with her. This statement was not truthful because Chief Smith had previously found out Whitney had been using Hague’s Lonestar Card since her disappearance,” the affidavit stated.

Smith further questioned Whitney as to whether he ever had permission to use the card and he replied he did not. Whitney was also asked if he knew where Hague’s ID and social security card might be, but he said he did not know.

He did say, however, that he knew the last four digits of Hague’s social security number and had a copy of her birth certificate.

“It is known that Whitney used her (Hague’s) social security number to have the PIN changed on her government assistance card so that he could use it. Whitney was seen on video using her card at HEB in Crockett. In the video, Whitney tried to disguise himself by wearing a hoodie and wearing gloves,” the affidavit reported.

As previously mentioned, Hague was found safe on Dec. 17 and on Dec. 20, she spoke with Crockett police. She informed the chief she had traveled to Richmond, Va. on or about Nov. 5.

“Hague told Chief Smith the reason she left town was because the night before, her boyfriend – Gary Whitney – had assaulted her bad,” the affidavit stated.

In the affidavit, Hague stated Whitney had “… punched her in the left side of the face with a closed fist and then put her up against the wall and began choking her with both hands. Hague said she was scared of Whitney, so she decided to leave the house and not tell anyone where she was going.”

Smith asked if Hague had ever given Whitney permission to use her Lonestar card or to change her PIN number and she replied she never did, according to the report.

She further indicated she would like to pursue charges on Whitney on the assault along with several other charges.

On Dec. 21, Whitney was arrested and charged with three felonies: fraudulent use or possession of identifying information (state jail felony); unauthorized use of food stamps, alteration or transfer in an amount greater than $200 (a third degree felony); and assault of a family member or member of a household by impeding breath or circulation (a third degree felony.)

A state jail felony has a range of punishment of between 180 days and two years of confinement in a state jail facility in addition to a fine of up to $10,000.

Whitney is currently held at the Houston County Jail on bonds totaling $50,000.