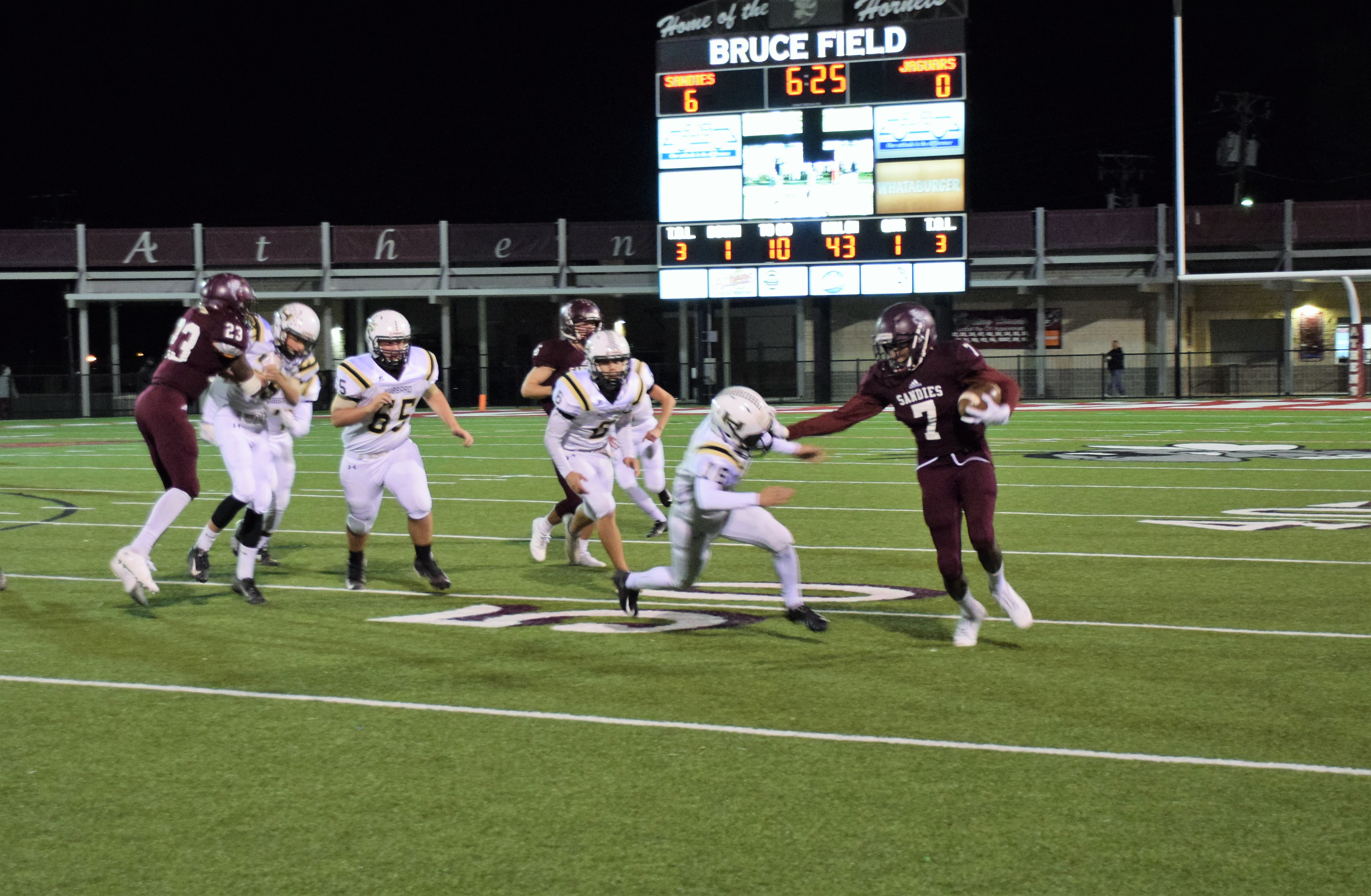 ATHENS – The Grapeland Sandies began their postseason on Friday night against the Hubbard Jaguars in Athens. The Sandies came into the Bi-District round as the District 12-AA DII champs with a record of 10-1 while the Jags finished fourth in District 11-AA DII with a mark of 6-4.

The game, as expected, was a blowout and saw the Sandies score the first eight times they had possession of the ball. In fact, Grapeland didn’t punt the ball until 7:15 seconds remained in the fourth quarter as the cruised to a 54-0 win.

Hubbard opened the game with possession at their own 26. Three plays lost two yards for the Jags and th 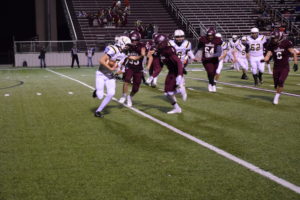 ey were forced to punt.

Grapeland took over at their own 45-yard line. After a first down pass went nowhere, Grapeland’s Josh “Bear” Ackley broke free on a 55-yard gallop for six to give the Sandies an early 6-0 lead.

The Jags next possession began at the 18. After a loss and an incompletion, Hubbard QB Logan Morris connected with Cooper Martin for 36 yards. After the big reception, a penalty for illegal procedure hurt the Jags as they turned the ball over on downs at their own 37.

On the very next play from scrimmage, Grapeland QB Rick Frauenberger threw a little flare to Tyrin Wiley who made the first man miss and then took it all the way to pay dirt for a 67-yard TD. BJ Howard converted the two-point attempt and with 6:17 left in the opening quarter, the Sandies led 14-0.

The next possession for Hubbard just like the last one. Daylan Slade picked up 26 yards on a third and 10 situation for the Jags. Once again, however, an illegal procedure penalty hurt the Jags and led them to turn the ball over on downs.

The Sandies took over on their own 38. Following completions to Howard and Ackley, Keizion Ashford slipped through the middle of the line and picked up 39 yards, down to the 12 of Hubbard. Ashford picked up another four and then Frauenberger connected with Kaden 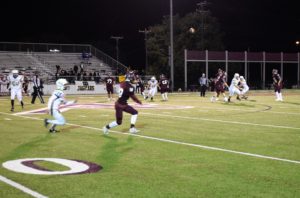 Another turnover on downs gave the ball back to Grapeland at their own 48. Frauenberger found Justin Bobbitt for seven yards and then Ackley ripped off a 27-yard gain. After a penalty moved the Sandies outside of the Jags’ red zone, Frauenberger dropped back to pass and found Dupree once again, this time for a 24-yard scoring strike. The two-point conversion was good as Frauenberger hooked up with Dacorian Bryant to make the score 28-0, with seven minutes left in the half.

Yet another three and out gave the ball back to Grapeland at their own 34. On first down, Frauenberger connected with Ackley on a wheel route for 22 yards. A one-yard gain was followed by an 11-yard Dupree reception which moved the ball to the 31-yard line of Hubbard.

Ashford picked up seven on first down and six on second to move the ball to the 18. Howard was stopped for no gain and then Frauenberger threw incomplete. On the play, however, the Jags were flagged for being offsides which moved the ball to the 13.

From there, Frauenberger found Ackley in the back of the end zone for a touchdown which gave the Sandies a 34-0 lead at halftime.

Following the break, Grapeland went on a sustained drive to begin the second half that was capped off by a Frauenberger 14-yard scoring run. The PAT by Ackley was good and made 41-0 as the third quarter got underway. 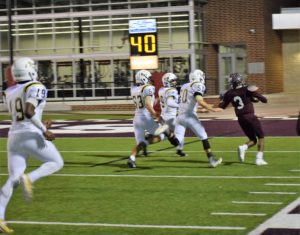 After Hubbard’s first possession of the second half went nowhere, Grapeland took over at their own 32. A hol

ding penalty pushed the Sandies back to the 42, but a Frauenberger to Ackley reception picked up 12 and an Ackley six-yard gain moved the ball to the 27.

On the next play from scrimmage, Frauenberger found Wiley who had gotten behind the pass coverage and hauled in a 27-yard TD at the 6:40 mark of the third quarter. Ackley’s extra point was good and made the score 48-0.

Hubbard went three and out once again and Grapeland took over at their own 37. Frauenberger picked up three on first down and Cadarian Wiley followed with 20 more. Wiley was at it again after an incompletion as he worked his way down to the two yard-line for a 38-yard gain.

On the next play, Wiley finished the job as he plowed across the goal line from two yards out to make the score 54-0 with 4:16 left in the third.

From there, the Sandies kept Hubbard out of the end zone and milked the clock as they coasted to a 54-0 Bi-District Championship win.

After the game, Grapeland AD/Head Coach Wayne Mahaffey spoke about his team’s performance. 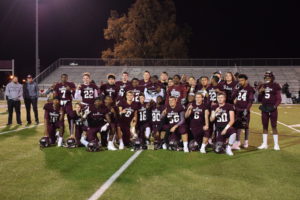 It’s always great to get off to a fast start and it seems like that is something we’ve been accustomed to all year. We start fast and lately, we haven’t let up,” the coach said.

“We also played really well on defense tonight,” he indicated. “I don’t know what they (Hubbard) ended up with in total yards, but if you take away about four plays, they would have next to nothing. We were running sideline-to-sideline. We were aggressive and we were physical. When you’re aggressive and physical, it makes it tough to move the football. I think our kids have done a great job of that.”

The win moves the Sandies into the Area Championship game. Grapeland will play the Detroit Eagles on Friday, Nov. 23. The game will once again be played at Bruce Field in Athens. Kickoff is scheduled for 7:30 p.m.