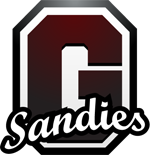 GRAPELAND – During its regularly scheduled meeting Monday, Oct. 22, the Grapeland Independent School District Board of Trustees discussed the possibility of establishing a childcare center at Grapeland ISD for the 2019-2020 school year.

“This is an initiative that we have been speaking about, and we are here today to get a commitment from the board going forward,” said GISD Superintendent Don Jackson.

As Jackson pointed out, a Pre-K3 program was unveiled at the school for the current school year, and the process of doing so was “a smooth transition.

“They’re a joy to watch,” he said. “Now, we want to go lower as a service to our community.”

According to Grapeland Elementary School Principal Cassie Satterwhite, a survey was recently conducted to determine the level of interest in the proposed childcare center throughout the community.

“The response that we’ve gotten as of 4 p.m. today – we’ve had 59 people fill out the survey,” she explained. “Of those 59, we’ve had 40 say yes, they would be interested in a childcare facility.”

A total of 16 no’s were received as a result of the survey, along with three maybes, Satterwhite added.

“With those responses – the 40 yeses and three maybes – we have 58 kids,” Satterwhite pointed out. “The second step to this would be calling these people and finding out ages.”

Among the information provided by board member Melissa Cobb – who is also a member of a committee regarding the childcare center which consists of Jackson, Satterwhite and board member Kendra Huff – were the state requirements for the school to receive early childcare center certification.

According to Cobb, a total of 29 children would be the minimum number of charges for the childcare center, while the facility would be considered maxed out with 63 children.

“We did a complete walkthrough of the building which houses our gymnasium now,” Cobb shared. “It works perfect – we have the exact amount of rooms. The restrooms work; the sinks work.”

One classroom in the building would require the addition of a restroom, Cobb said.

“When they’re 18 months to two years old and you’re potty training, you don’t want to have to walk them down the hallway to a restroom,” she pointed out. “In one of our rooms, it works really good, because it backs up to the restroom that’s already located in the building, which would really lower our cost for that remodeling part.”

The establishment of the childcare center, Cobb said, would allow parents the option of dropping their children off at the school at an earlier time.

“For parents who are working out of town, it’s kind of hard sometimes when your kid cannot be dropped off at 7:30,” she pointed out. “So, there would be the opportunity for early child drop-off at the childcare center, and then, they could be taken to the elementary.”

The gymnasium would also provide space for an after-school program, Cobb added.

“We have the extra space in our other building where we could do tutoring and homework and different activities that could be going on,” she continued. “We could even bring in gymnastics and other types of activities for our kids.”

Childcare would also be available on holidays during which the school is closed and throughout the summer months, Cobb said.

“That would be available for all ages – not just what we’re proposing here, for the infant through two-year-olds,” she said.

The school would need to obtain certification for both the infant through two-year-old program and summer program, Cobb explained.

“The rest of it, we can still keep under the umbrella for which we’re working currently, and that would be fine,” she said.

According to Cobb, an examination of the tuition rates charges by competitors throughout the local area concluded that the proposed tuition rates for the GISD childcare center are the lowest.

“It’s a little bit higher than (a local in-home daycare), but we’re also taking them out of the home, we’re putting them into a facility and we’re going to be able to offer a little bit more,” Cobb explained. “So, I believe that those are very competitive rates.”

Following Cobb’s presentation and a period of discussion among the board members, a motion was made, seconded and unanimously carried by the board to approve the establishment of the childcare center.