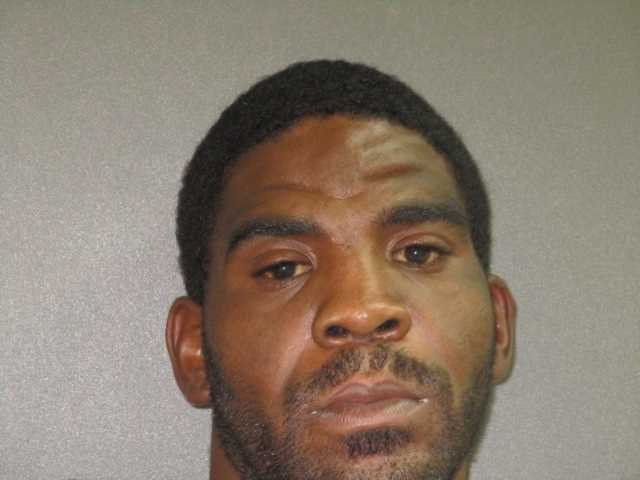 CROCKETT – At least for a little while, a Crockett man known on the streets as Wammy won’t be taking a spin on the infamous big board for a chance at fabulous prizes after that Whammy known as methamphetamine stole his freedom.

Wammy, aka Dameon Trammell Griffin, was arrested early Tuesday morning, Sept. 25 after a vehicle he was a passenger in failed to dim its lights.

According to an affidavit of probable cause, Griffin, 34, was a passenger in a vehicle that was stopped at approximately 3:15 am on Tuesday.

After initiating the stop, Crockett Police Officer Jeffery Dean spoke with the driver of the vehicle who was “… known to possess large amounts of narcotics.”

Following a search of the driver, the passenger identified as Griffin was questioned.

“According to Griffin’s criminal history and other knowledge ascertained from my employment with the Crockett Police Department, I (Dean) have previous knowledge that Griffin is known to use the drug Phencyclidine, or PCP, and is known to have violent tendencies towards law enforcement and others, in general, from time to time,” the affidavit reported.

As the police officer and Griffin were talking through “… the open front passenger side window, I could see what appeared to be a small bulge from under his shirt, near his waistband,” the affidavit indicated.

Dean asked about the bulge under his shirt and Griffin exited the vehicle in an agitated state, the legal document reported.

A search of the non-compliant Griffin was attempted but was initially unsuccessful. Eventually, the officers were able to handcuff Griffin and discovered the bulge under his shirt was a “… black in color, zipper pouch containing a small plastic zip bag with a crystal-like substance, suspected to be methamphetamine.

The whammy struck at approximately 3:20 am according to the report when the item was weighed and determined to be 2.4 grams of methamphetamine.

The driver of the vehicle was released while Griffin was transported to the Houston County Jail where he was booked into custody on one count of possession of a controlled substance, penalty group one and one count of resisting arrest, a Class A misdemeanor.

The possession of a controlled substance charge was considered a third degree felony because of the weight of the illegal narcotic.

Griffin is currently held at the Houston County Jail on bonds totaling $14,000.