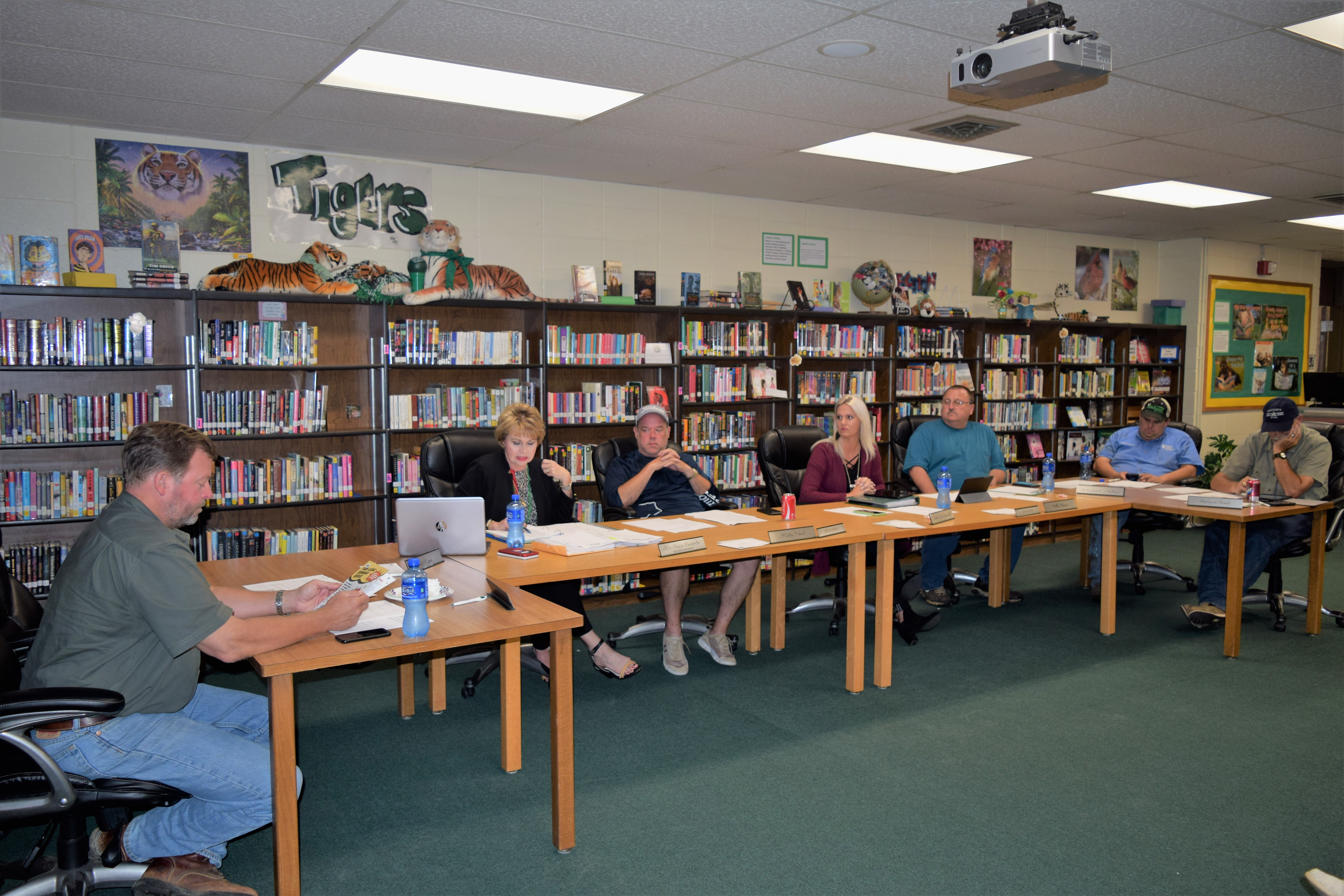 LATEXO – The Latexo Independent School District Board of Trustees met in a regularly scheduled meeting on Thursday, Sept. 13 to discuss a variety of matters.

Patterson said a goal of the SHAC was to complete four projects during the previous school year.

“They did monthly PSAs on the intercom about the different driving distractions. At Red Ribbon Week, they promoted the group through an introduction ceremony in the cafeteria where they passed out bracelets and they did a bulletin board. They presented ‘Sean Speaks’ last year – which was an incredible program – and they also did Shattered Dreams last year,” the school nurse said.

Patterson said the 2018-2019 SHAC would get to choice their own activities but so far in the new school year, the group hasn’t met.

She stressed the SHAC would continue to do PSAs over the intercom and added, “This new group seems really excited to continue what they started last year. We started with a group of seniors last year and they chose a group of juniors, two sophomores and two freshmen.”

As far as SHAC goals for the current year, Patterson said one of the areas they were looking at was perhaps some hygiene or puberty related education at the elementary. Another project could involve adult wellness activities, she added.

Following a brief dialogue concerning procedures the district follows when dealing with illness, Patterson said she was recommending retention of the current SHAC members.

“The committee members are still the same with the exception of two. We have had two parents leave. We are meeting on Monday, immediately after school and we are going to make a recommendation for a few more members,” she said.

A motion was made and seconded to approve the SHAC committee members as presented which received the board’s seal of approval.

The next matter concerned the use of a janitorial service. Randy Weeks with Direct Solutions in Livingston gave a presentation regarding what his company could provide to the district in the way of cleaning and janitorial supplies.

He said he had submitted two proposals to LISD Superintendent Dr. Stacy Easterly which showed a $30,000 difference. The difference, Weeks explained, was if the company used its own supplies compared to if the school made equipment available to the company.

Following Weeks’ sales overture, Easterly said the district was currently looking at one other proposal and had not yet made a decision on the matter.

The next agenda item covered by the board concerned vehicle bids for a bus, an Impala sedan and a 1999 Suburban. The highest bid for all vehicles was accepted.

Other items considered by the board included: