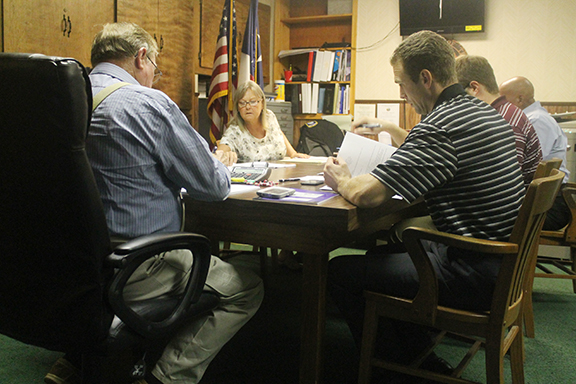 “They are going to reserve $24,000 maximum for a program which would allow anyone who took one of the lots where a building needs to be torn down and a new structure built on it could get up to $6,000 from the EDC,” explained Mayor Balis Dailey. “The city, in turn, would also give them a free connection and free meter. So, that would be the incentive to do it.”

According to Mayor Dailey, city officials have identified numerous lots throughout the city which could benefit from a facelift.

“We would love to get those fixed up and back into some kind of useful way,” Mayor Dailey said. “It’s just one of those initiatives that we’re trying to do and make the city better.”

Those interested in partaking in the program new home builders interested in replacing decrepit structures with a dwelling intended for residential purposes. The selected property must currently possess structures which have been “condemned or deemed uninhabitable by the city council, city fire chief, or the building and standards committee.”

The individual wishing to build on a given property is responsible for the acquirement of said property. “The builder may ask for preliminary approval of the incentive from the GEDC Board prior to acquiring the subject property for which the incentive is applied.”

For more information – including a complete list of participation requirements – call the Grapeland City Office at 936-687-2115.