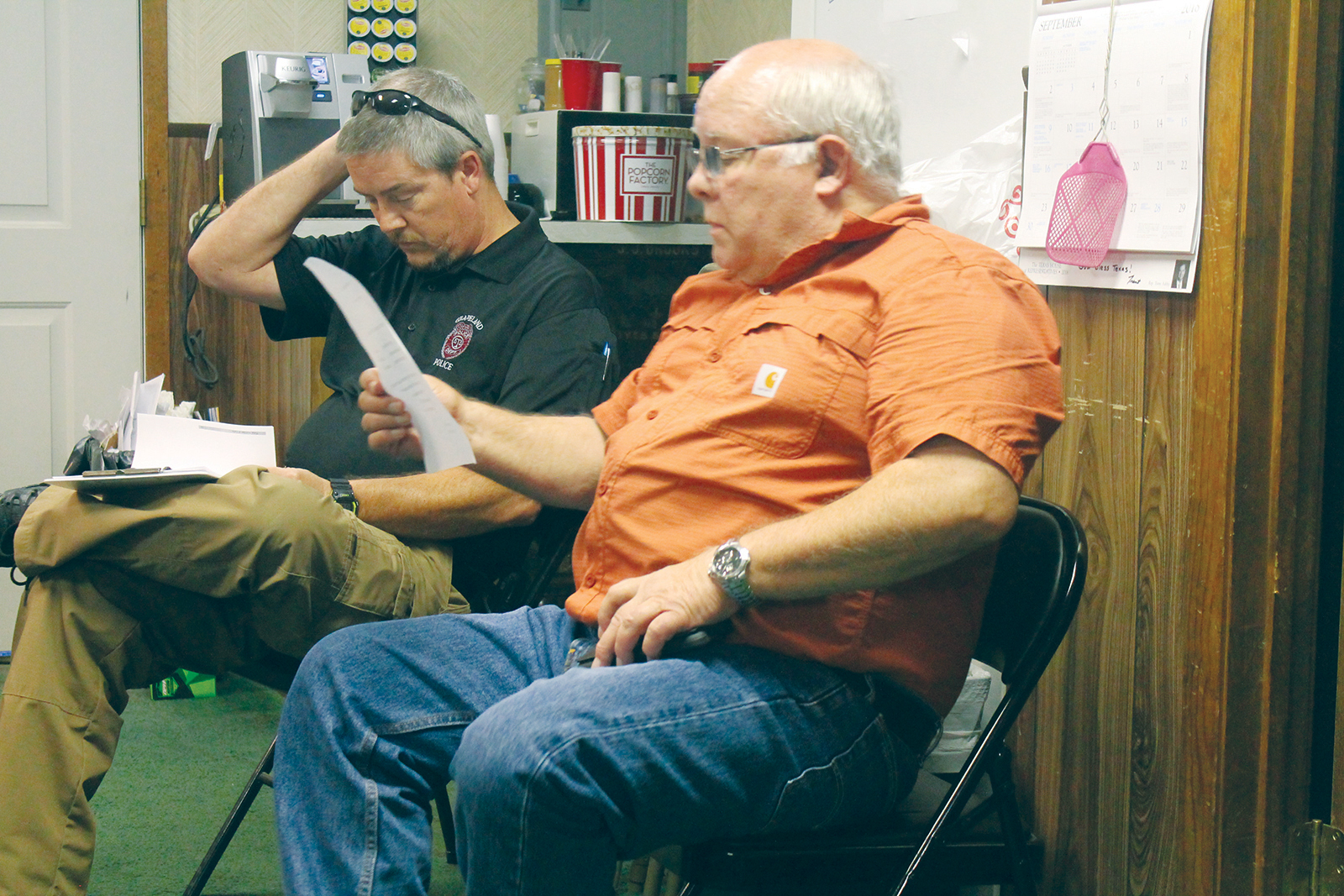 “We had people come in from all over – from Ft. Worth and Rusk and everywhere for the training,” Mayor Balis Dailey said. “With the superintendent’s support, the school had a good training program. It was an initiative of the city – our initiative that we found here to do, and we acted on it.”

As Grapeland Police Chief Tyler Moore explained, law enforcement officers from various police departments throughout the local area and students from Angelina College Police Academy were present for the training.

“Basically, you do an assessment for the school to prevent active shooters,” Chief Moore said. “It’s a partnership between law enforcement and the school system. You work together to come up with a plan that everyone can understand. In the event that something did happen, you’ve got a better way to respond, a better way to communicate and everybody knows how to react to the situation.”

Chief Moore expressed his view that participation in the program was a positive thing for GISD, the City of Grapeland and the Grapeland Police Department.

“It’s something that can be spread out throughout the county,” he said.

In the absence of Grapeland Fire Chief Roger Dickey, Mayor Dailey provided the council with the fire department’s latest report and took a moment to praise the efforts of those who volunteer their services as firefighters for the city.

“They had a huge fire out in the Hay Spring area, and they did a fabulous job of stopping that,” he said. “If y’all don’t know what that terrain looks like – it is amazing that they managed to get it under control. We could see it from here that day; that’s how big it was. Our volunteer guys did fabulous job. They really did.”

Also discussed during the meeting was an issue regarding the city’s sales tax.

“Now, if that’s the case and we went back to 2016 or something, our sales tax would have dropped off significantly from the 2015 level,” Mayor Dailey pointed out. “The numbers just don’t look right.”

Mayor Dailey described “painful” efforts made by city officials to “go through all the lists” and resolve the issue.

“We have a ton of people who don’t live in this town, but the sales tax comes through there,” he pointed out. “We don’t have that much sales tax, because theirs is pennies; it’s not anything to speak about.”

According to Mayor Dailey, three options exist for the city.

“Option one is a full reimbursement with a one-time check, which we can’t do,” he explained. “Option two is to apply all monthly elections to the overpayment amount until the amount is paid. Our budget is already in jeopardy, so that would take the sticks out from under us.”

The city’s third option, Mayor Dailey continued, is to establish a 42-month payment plan “and reduce each monthly payment that we’d get by about $1,200 a month.

“Of course, that’s going to hurt us significantly over the timeframe,” Mayor Dailey pointed out. “But that’s about the only option that we can get by with.”

The issue is one Mayor Dailey pledged will be solved by city officials as quickly as possible.