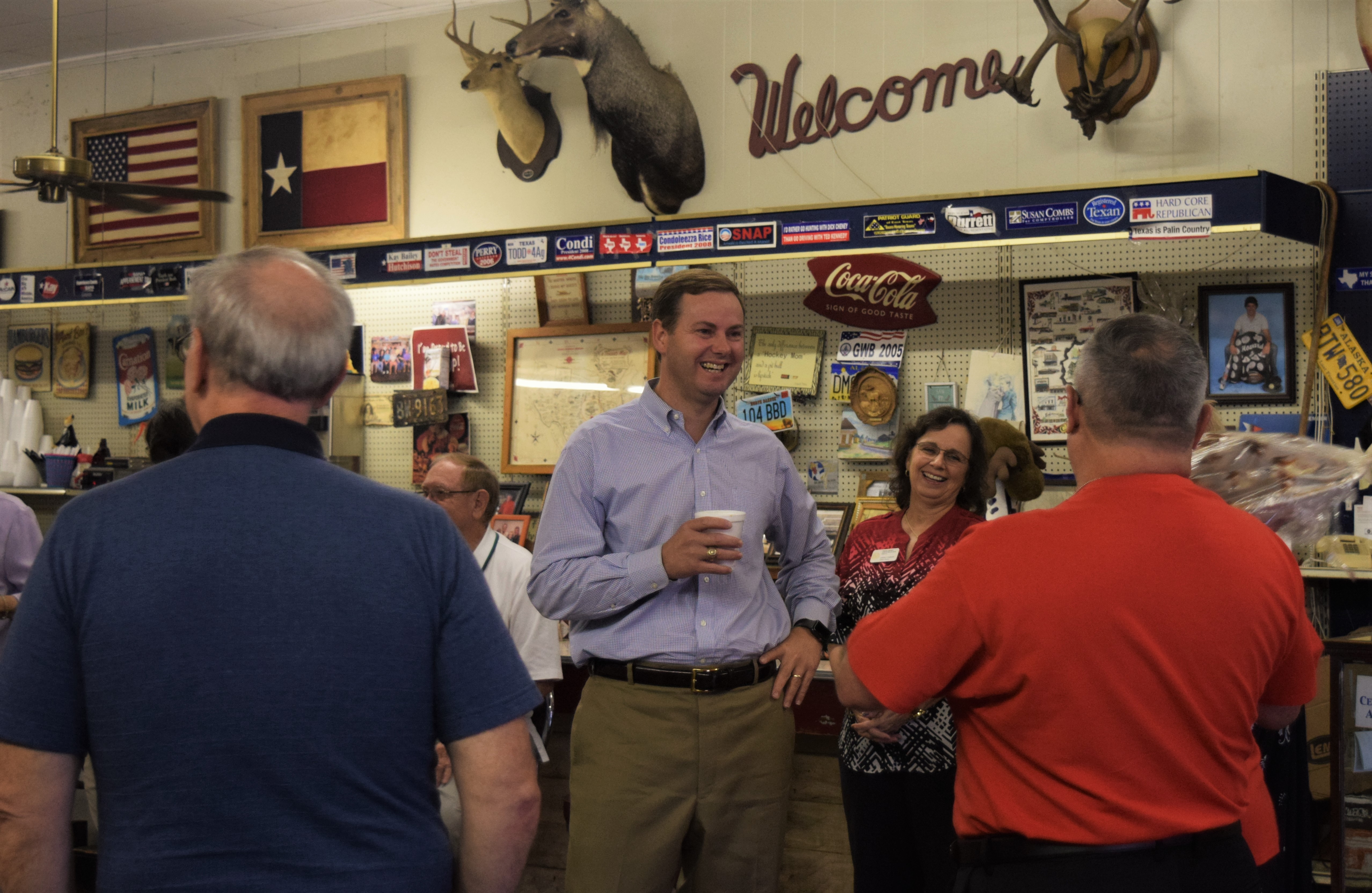 CROCKETT – The day after the Labor Day weekend once marked the unofficial start of election season. The 24-hour news cycle, however, has altered the political landscape of campaigning. Now, the unofficial end of summer serves as the start of the final sprint to reach voters before they head to the polls in November.

In Houston County, that still holds true as State Representative Trent Ashby (R-Lufkin) was in Crockett on Monday, Sept. 10 to rally the Republican Party as political campaigning begins to heat up.

“We’re past Labor Day and at the start of what is going to be a very busy next couple of weeks,” the state representative said.

Now in his sixth year in office, Ashby said – everyday – he tried to ensure he lived up to the honor he was bestowed with when the constituents of House District 57 elected him to office “… by representing you with the integrity you would expect in your elected officials, by having a strong moral character, by representing you in a way you would want to be represented and to never do anything to embarrass you.”

Ashby asserted he truly believed in the conservative values of the GOP “… which to me are the family values most people in East Texas grew up with. Common sense, respect for your neighbor and I could go on a completely different tangent about the profound admiration I have for our teachers, but our teachers can’t be parents every day. It’s important for our parents to realize the parts they play not just in their child’s education but by instilling the values that made this country great.”

His main point, he stressed, was to make sure and vote. The legislator expressed his astonishment – when talking to people of the millennial generation – of just how many people were not registered to vote.

The voting trend, Ashby furthered, seemed to be going in the wrong direction which he blamed on a lack of engagement between elected officials, political party workers and the general public.

As he continued, Ashby said now was the time to re-engage with the voters of Houston County because he saw a “tremendous air of excitement” coming from the Democratic Party as they try and make inroads into the Republican majority of Texas.

While saying he wasn’t a huge fan of polling data, Ashby indicated many of the state and federal races were going to be tightly contested. Having the majority party in Texas was not something to become complacent over or taken for granted, he asserted.

“This is a wake-up call. We can’t take this race for granted. I strongly encourage you to engage people. Make sure they are registered and encourage them to vote,” he said.