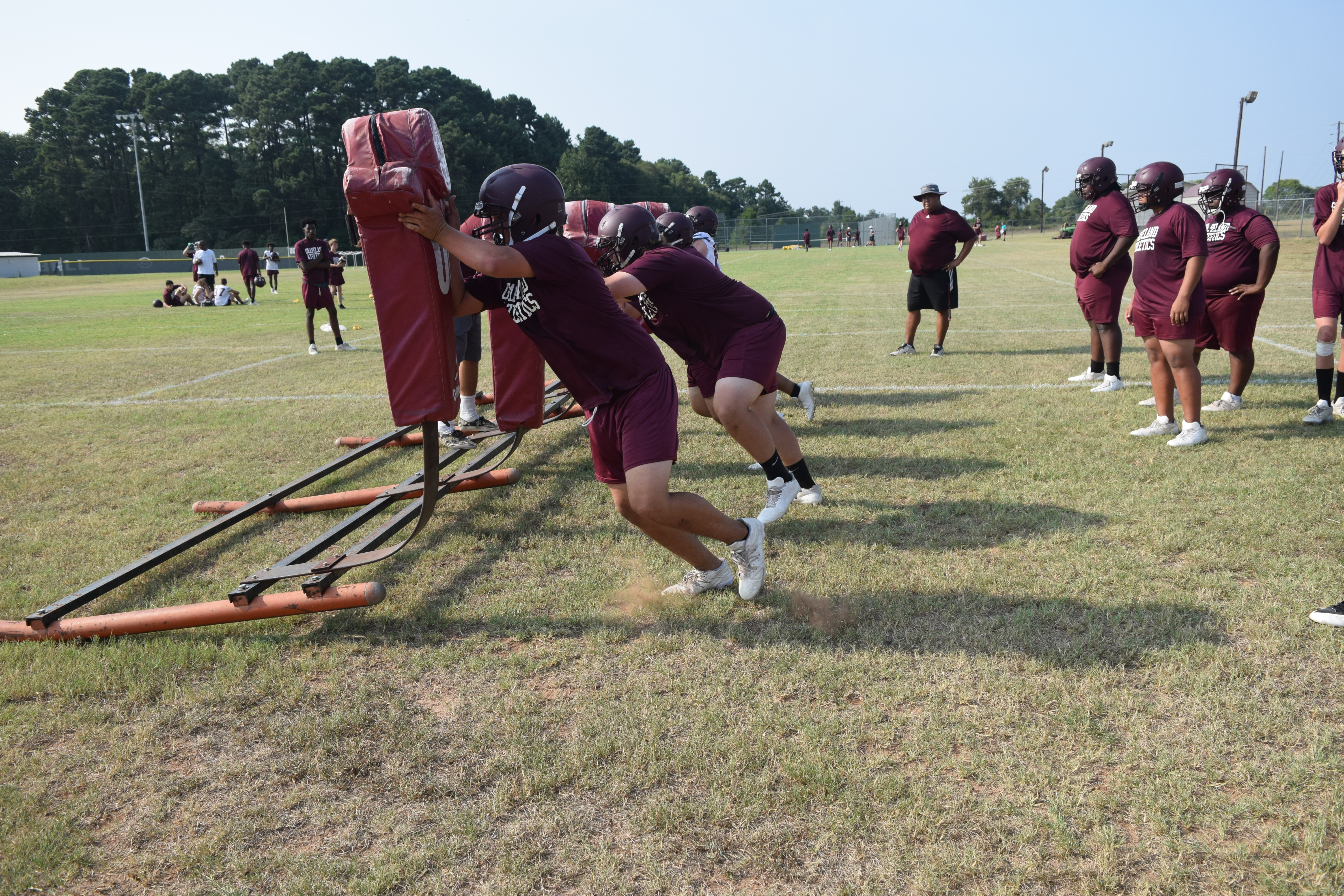 GRAPELAND – The Grapeland Sandies caught fire at the right time last year but finished their season in the Regional Semifinals with a 67-28 loss to the Timpson Bears.

That defeat left a bad taste in the Sandies’ mouths, despite going three rounds deep in the playoffs, finishing the year with an 8-5 record and playing in December for the first time in a long while.

The Sandies will continue to rack up the points as they will stay with a spread offense while they hope to stonewall opponents with a 3-3 base defense.

After just over two weeks of practice, AD/Head Coach Wayne Mahaffey said he feels his team’s strength lies in its athleticism while the play of the line on both sides of the ball needs some improvement.

By the time Homecoming rolls around in October, Mahaffey said, “I feel like we will be in good shape to contend for the district.”

For the team to be successful, the Sandies need “… to stay healthy. Everyone’s goal is, obviously, the state championship. We need to at least achieve the level we reached last year. If we can get that far, then we can say it was a successful season. But, we’re looking for more than that,” Mahaffey said.

The Sandies are in District 12-2A DII along with: the Burkeville Mustangs; the Colmesneil Bulldogs; the Evadale Rebels; the Lovelady Lions; the Sabine Pass Sharks; and the West Hardin Oilers.

With Grapeland’s first scrimmage against Brook Hill in the books, Mahaffey was asked how the team looked so far.

“They look good. They have made a lot of progress so far. We have some new kids, we have some size and gauging from the Brook Hill scrimmage, we are well ahead of where we were this time last year. We scored five times in the scrimmage and dropped two more,” he said.

“The kids have worked hard or as much as you can in 100 degree heat. They’re attitudes have been good. The kids have been putting in the work and those are good signs,” Mahaffey said.