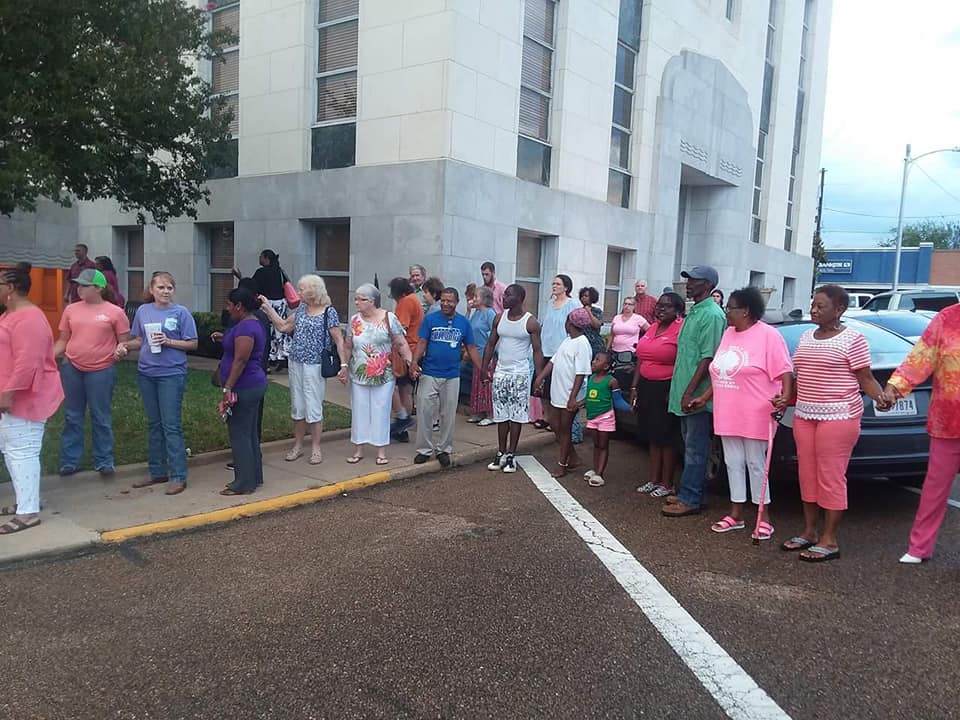 CROCKETT – After the recent flare up of racial tensions in Crockett, a call for unity in the community went out and on Monday, Aug. 20 a “Prayer on the Square” was held to help begin the healing process. 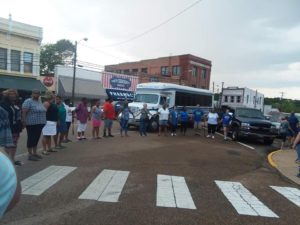 As one of the organizers – Ashley Bankhead – stated in an online, social media post, “Enough is enough. It’s time to lean on each other during times of crisis rather than fighting against one another. If you want change, please come pray with us. We ask that you come with an open heart and an open mind and with the only intention of conquering the division that has been set forth.”

Approximately 50 to 60 people joined together on the Houston County Courthouse square to hold hands and pray for a better community as well as better relationships between different ethnicities. 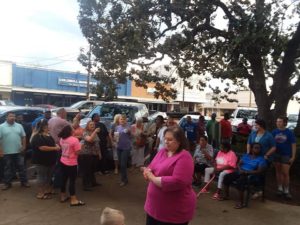 According to City Council Member Marquita Beasley, “Last night was great.  To see the community stand together even through the mist of the storm was amazing.  Dr. (Ianthia) Fisher’s prayer touched everyone out there and we know that a great change will come within our community.”

“This was the first, but it won’t be the last,” she added. “Ashley Bankhead and LaCree Beasley are already planning another one and we are hoping for a bigger turn out.  Next time, we may ask for the square to be blocked from traffic.”

Beasley said she will “… communicate with John Angerstein to ask him about the steps needed to do that.  I know if I cried last night after the prayer, somebody else had to as well.  We were not going to let the rain stop their goal.  This community will continue to strive together.”