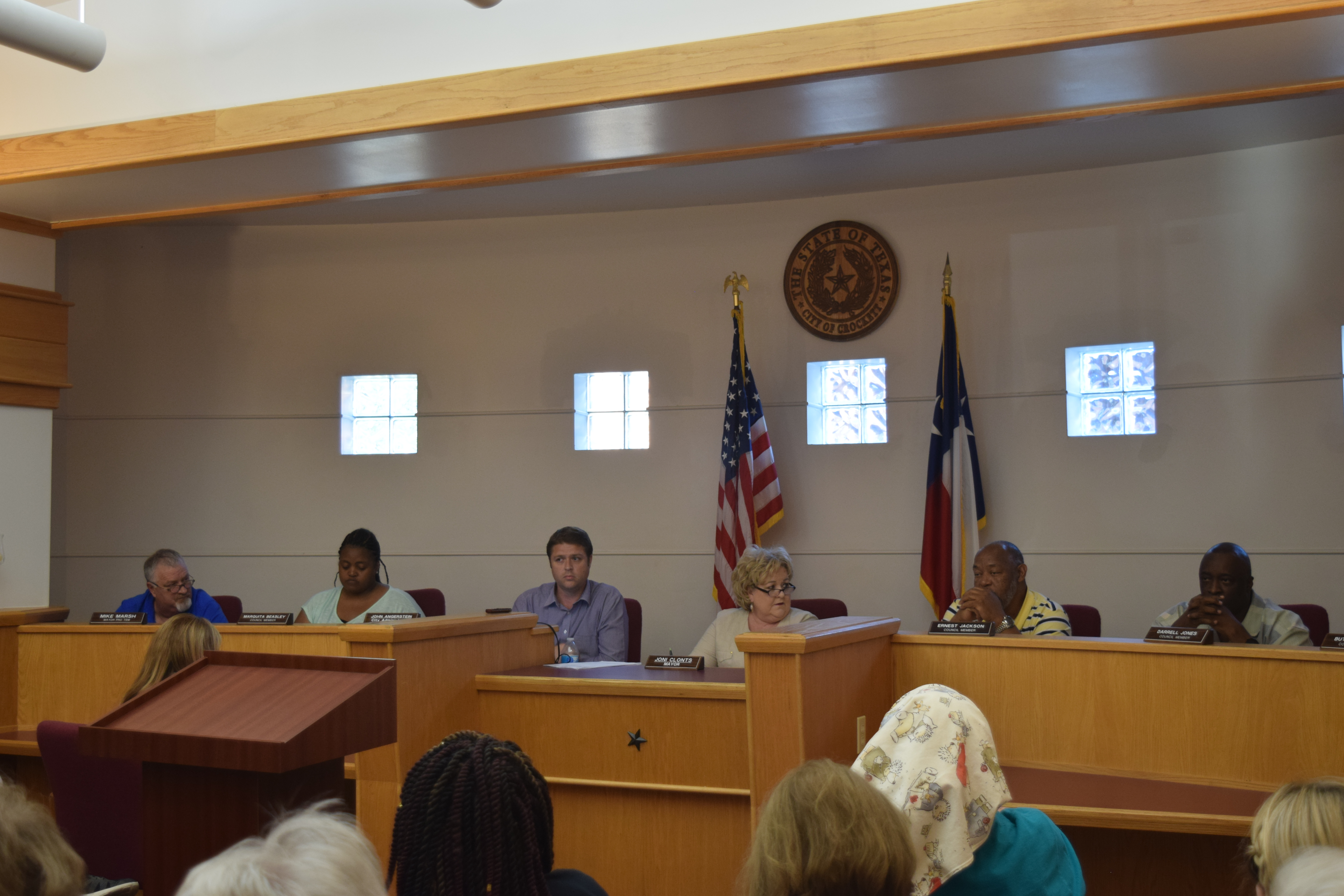 CROCKETT – Tensions pertaining to the Crockett Economic and Industrial Development Corporation (CEIDC) and its possible dissolution boiled over at the Crockett City Council meeting held on Monday, July 30, leading to a councilman calling for Mayor Joni Clonts’ resignation.

“When I listen to everyone here talk about race and everything else – but to start a petition – to disband the Crockett Economic and Industrial Development Corporation, you want to give him (CEIDC Executive Director James Gentry) his kudos for doing his job, but then to start a petition to disband the economic development? You want growth in Crockett but you can’t have growth in Crockett if you want to disband economic development and then on top of that, the director is black. That’s why all the black folk don’t like you attacking him,” Beasley said.

The petition Beasley referenced stemmed from a letter to the editor – written by Councilman Butch Calvert along with an article published in The Messenger – which concerned the possible disbandment of the CEIDC and the redistribution of tax revenue accrued by the organization to the city of Crockett. Calvert was not present at the Monday council meeting.

After Beasley made an impassioned plea for the residents of Crockett to come together, Councilman Darrell Jones spoke up.

“This is a petition the mayor started. It started at the top. It’s in your business. I don’t like it,” the councilman said as he addressed Mayor Joni Clonts.

“I’m not against black or white but white businesses came to me and said these things. My problem is you never attended a meeting (of the CEIDC),” he said.

“Yes, I have,” Clonts replied.

“You have not attended a meeting,” Jones replied.

“You went to a workshop for about 10 minutes and left. You have not been to an economic development meeting and sat down to see what takes place. No, I’m not going to hush. They need to hear it,” Jones said to City Administrator John Angerstein.

“This cannot be personal,” Angerstein said.

“No, “I’m telling the truth. Let me speak. First of all, she never attended a meeting. I spoke with Mrs. Diane Rhone who said she didn’t know you could attend a (CEIDC) meeting. It has always been posted. My thing is, how can you write something and you have never found out what takes place? That’s a problem,” Jones said.

“As far as if it’s racist,” the councilman said to Clonts, “yes, I feel like you’re a racist.”

“Well, you’ve sure been showing it and you need to resign,” Jones said.

“If you want to talk about, we’re going to talk about it. Economic Development gets over $500,000 per year. What is going on? There are no businesses coming in. We can use that money to better our city with our streets and infrastructure,” the mayor replied.

“Have you found out what goes on out there? Tell me, tell me what you know. What have they done?” Jones asked.

“I’m just saying,” Clonts said. “What has gone on? What businesses have been brought into this town?” Clonts questioned.

If you would come out there, you would know what’s going on and what businesses are on the books now trying to come into this town,” Jones replied.

Angerstein attempted to diffuse the situation to which Jones replied, “Don’t be telling me no.”

As Clonts attempted to restore a semblance of order, Councilman Ernest Jackson requested to have the floor “…for just a moment, to bring some quiet and balance.”

After prefacing his remarks with a bit of personal background, Jackson expressed his belief that the entire council really had the best interests of Crockett at heart.

“We may have likes and dislikes – all of us do – let’s just be honest about that. If the city is going to grow, take a look to the north at Palestine. Take a look to the south at Huntsville. Look to the east over at Lufkin. You see growth and prosperity but when you look around you here, you don’t see much of that,” Jackson said.

“What troubles me the most,” he continued, “is there is a small group of citizens here in Crockett who don’t care about economic development. They don’t care about moving forward. There is an underlying group that doesn’t care about us coming together as black and white.”

He said if the CEIDC were to be dissolved it would leave Crockett as a “… ruining and decaying and divided city which I would not want to be a part of.”

Jackson said the starting point would be mutual respect among the residents of Crockett.

“Someday, when I close my eyes, it will be on a city that is prospering and on a city that is not always focused on racial matters. I get so sick and tired of it and my face is black. But, I get sick of it. We need to work together for the common good of all of us. Everyone has value, everybody is important,” he said.

Following a few more remarks, the meeting moved on to the actionable part of the agenda.