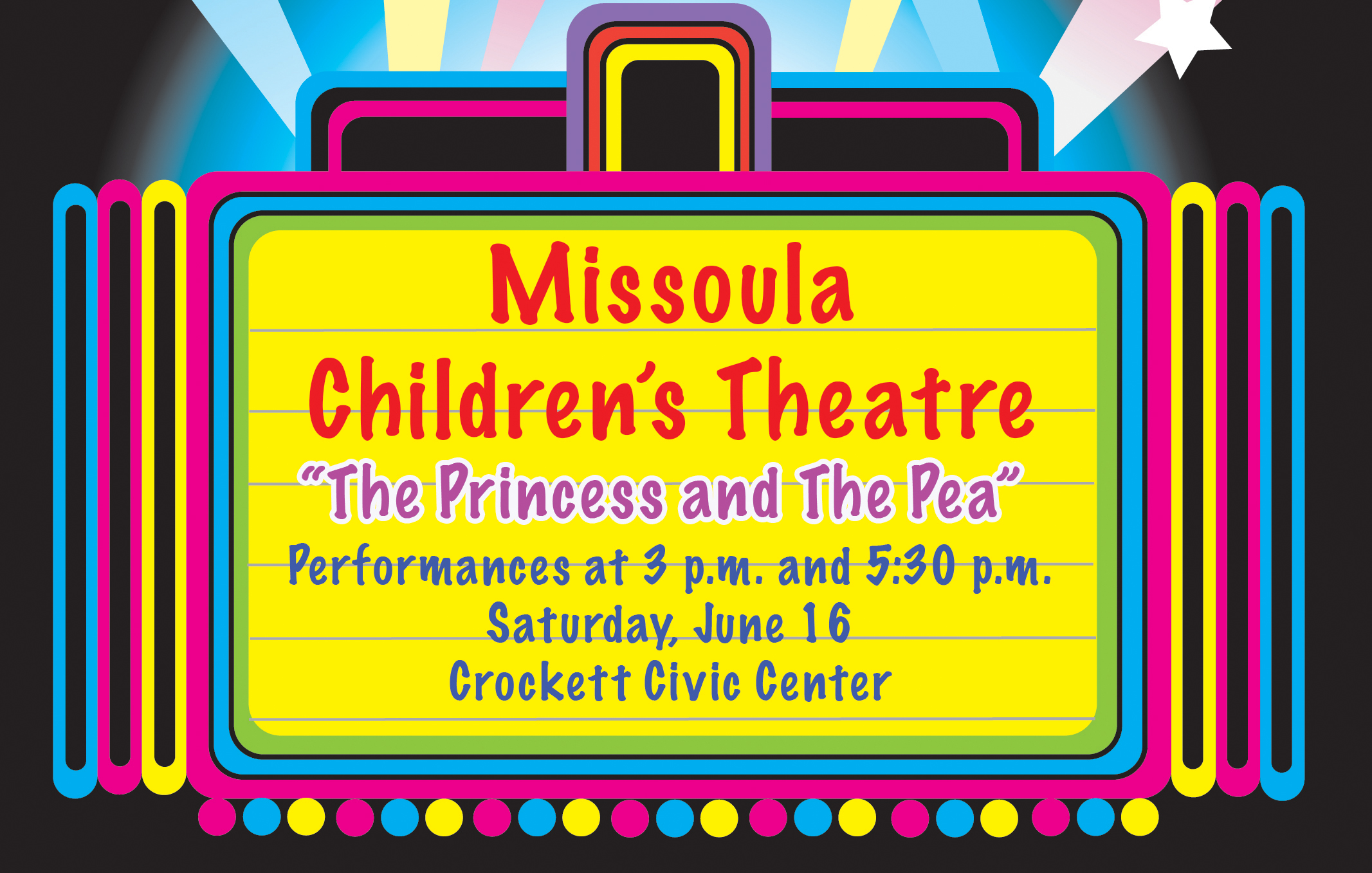 CROCKETT – More than 50 aspiring, young thespians from throughout Houston County will be given the chance to shine Saturday, June 16 as they take the stage of the Crockett Civic Center to present a musical adaptation of ‘The Princess and the Pea’ under the direction of the Missoula Children’s Theatre (MCT).

Auditions were held Monday, June 11, and the students spent the remainder of the week honing their skills with guidance from professionals affiliated with the MCT.

“The Missoula Children’s Theatre is an award-winning company that tours the world bringing children’s theatre to rural communities,” explained Glenn Barnhart, Executive Director of the Piney Woods Fine Arts Association (PWFAA). “It’s very important to PWFAA that the kids here in Houston County get access to the performing arts and the opportunities it brings.”

Barnhart cited “increased self-esteem, self-confidence, working with others and using their imagination” as a handful of the many benefits students can reap as a result of participating in productions such as those presented by the MCT.

“It’s been coming to Crockett for 25 years, and it’s been a huge success with lots of kids returning to participate in it,” Barnhart said.

As Katie Bradshaw – a Crockett High School student who has performed in several MCT productions – pointed out, having such a brief window of time in which to prepare for a show presents a challenge to those participating.

“You only have one week to put on a play,” she said. “I’ve had experiences doing other plays where we practiced for months and months. And you’re thrown into this group where you only have a week.”

As a result, she Bradshaw said, students are given a taste of what they can expect in the event that they professionally pursue acting in the future.

“It really teaches the kids that while you want to go do these other fun summer activities, you need to concentrate on your lines, on your character development, on what you need to be doing,” she said. “It really shows you what the famous actors and actresses have to go through. You’re just automatically thrown into it, you don’t have a lot of time, and you just have to work.”

Portraying leprechauns in ‘The Princess and the Pea’ will be Isabel Hewitt, Taylor Hickson, Esther Olson and Jaycie Thornton. Chief of Leprechauns will be played by Kelsey Seals.

King and Queen Size of Riverdom will be played by Logan Ray and Olivia Terburgh, while Payton Larkin, Rachel Cutter and Jackson Bobbitt will portray Storm King, Snow Queen and the Ice Man Prince of Glacierdom, respectively, and the prince’s cousin, Jack Frost, will be played by Hayden Ray.

The production will be directed by Bex Schmetzel with Dennis Arrendo, Cameron Grossie, Nikki Martinez and Noah Olson serving as assistant directors.

‘The Princess and the Pea’ will be presented Saturday, June 16 at 3 p.m. and 5:30 p.m. at the Crockett Civic Center. Tickets will be available prior to each show, and admission is six dollars per adult and three dollars per child age 18 and younger.

For more information on this or any other upcoming PWFAA events, visit www.pwfaa.org or “like” the organization on Facebook.