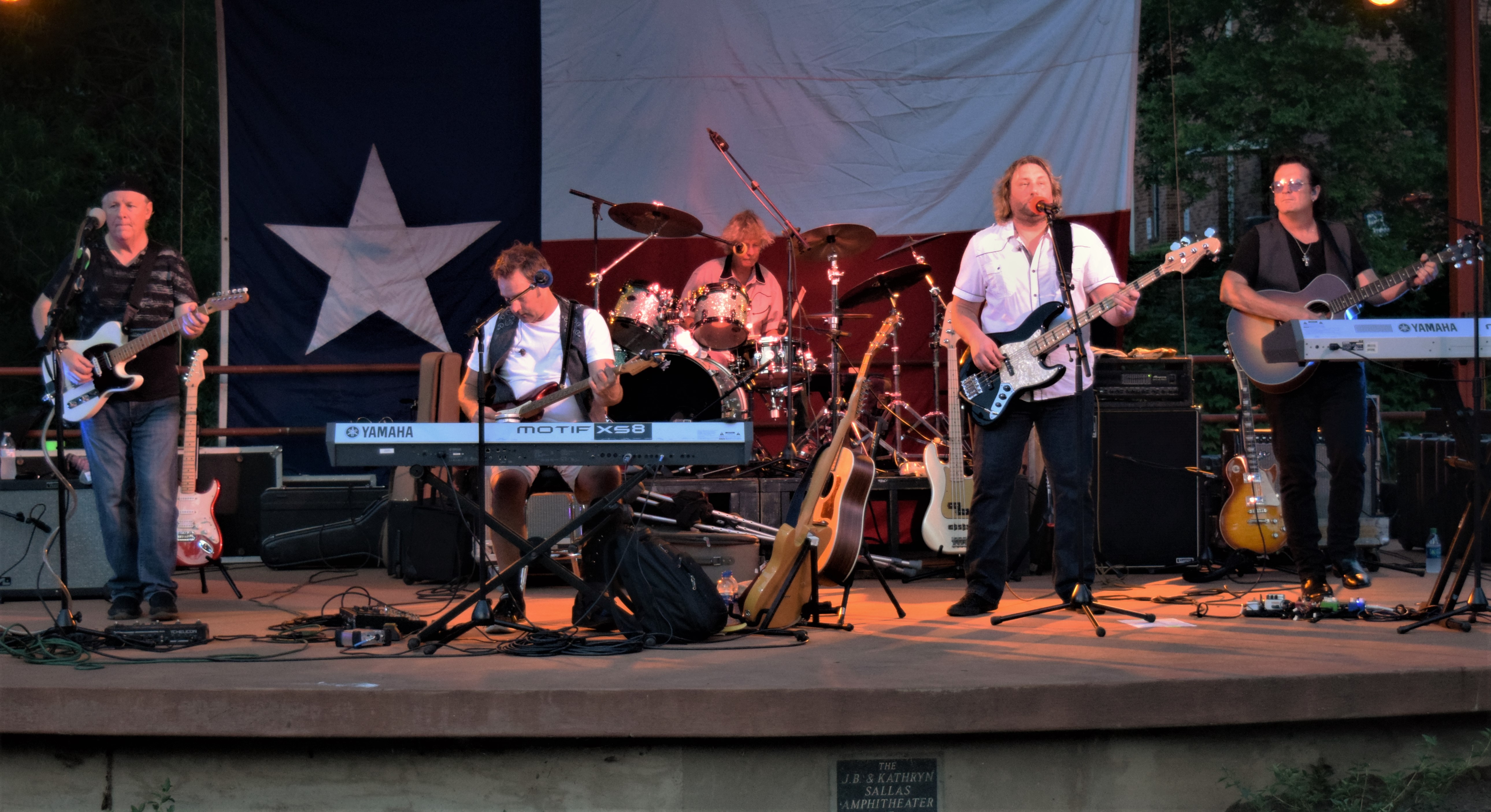 CROCKETT – The Piney Woods Fine Arts Association kicked off their sixth year of the Summer Lightnin’ Series with a tribute to the Eagles.

Desperado, billed as “The Nation’s Premier Eagles Tribute,” were the lead-off performers in the summer of 2018 and simply wowed the crowd with their renditions of the Eagles’ catalog of songs.

The band sounded great to the point where if you closed your eyes, you would be hard pressed to tell that Don Henley, Glenn Frey, Joe Walsh, etc. were not on stage.  The harmonies were spot-on and the musicianship was absolutely amazing.

Prior to Desperado taking the stage, the band members took time to sit down with The Messenger to discuss a variety of Eagles’ related topics.

Co-founder Aaron Broering said when he was three years old in 1975all he heard on the radio was “Rhiannon” by Fleetwood Mac, “Fly like and Eagle” by Steve Miller and “Lyin’ Eyes” by the Eagles.

“That music bug bit me. I didn’t get the first wave like these guys (bandmates) did, but I got the refractory wave – big time – and fell in love with this band. At that point, that was when I wanted to play these songs as good as possible. So I assembled a band – an amazing crew of musicians – to play it the way it needs to be done. This is great music, but it can be often under represented and sorely underestimated,” he said. 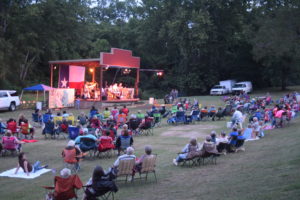 With the tendency of tribute bands to have members assume a character in the original band, the musicians of Desperado were asked about the roles they played on stage.

Broering, however, explained there was no set role for any of the members.

“We all have to do a little bit of everybody to cover those songs. God doesn’t make everyone’s vocal cords exactly alike. Each guy takes a turn at doing what they do. It just takes the collective musicianship to pull off everything,” he said.

“I think the love of the music got him going,” guitarist Ricky Lewis commented. “I’ve been playing forever when Kenny came on with us. We can all sing lead but Kenny sings the Randy Meisner voice. What makes it good is that we are all equally talented and we have to be to pull this off.”

“As far as tribute bands,” Broering added, “it’s become the norm to do a look-a-like. The Eagles were never about an image or a certain look. What we do is represent the musical tribute to the band. We try and play the music exactly as you hear on the recordings and try to utilize the best singer possible. That way you get the closest experience.”

Lewis said people had been listening to records for years and he wanted to get as close as possible to the real deal.

“We don’t worry about looking like them because we can’t,” Lewis said with a laugh.

“The Eagles were actually accused of loitering on stage once. That’s not a slam. That was just what was written. We try and put a little more life into the songs, as well as replicating them. We’re just trying to play their songs in the purest form, not what they’re doing live or with Vince Gill now. We’re just trying to come as close to the original recordings as possible. That’s what everybody wants to hear. The familiarity is what we’re going for,” Broering said.

Asked if the members of the band had ever had a chance to play with members of the Eagles, it was revealed that Broering had played alongside Eagles guitarist Don Felder and Desperado bassist Chris Farmer played with Eagles’ bassist Timothy B. Schmit.

Broering added he had the opportunity to meet Joe Walsh and work with J.D. Souther, who collaborated with the Eagles on some of their biggest hits.

The band members were also asked if any members of the Eagles had seen Desperado in person.

“I can tell you this, they have shut down our You Tube footage about three times so they are aware of us. I think they should be flattered, but they really don’t need us,” Lewis said with a smile.