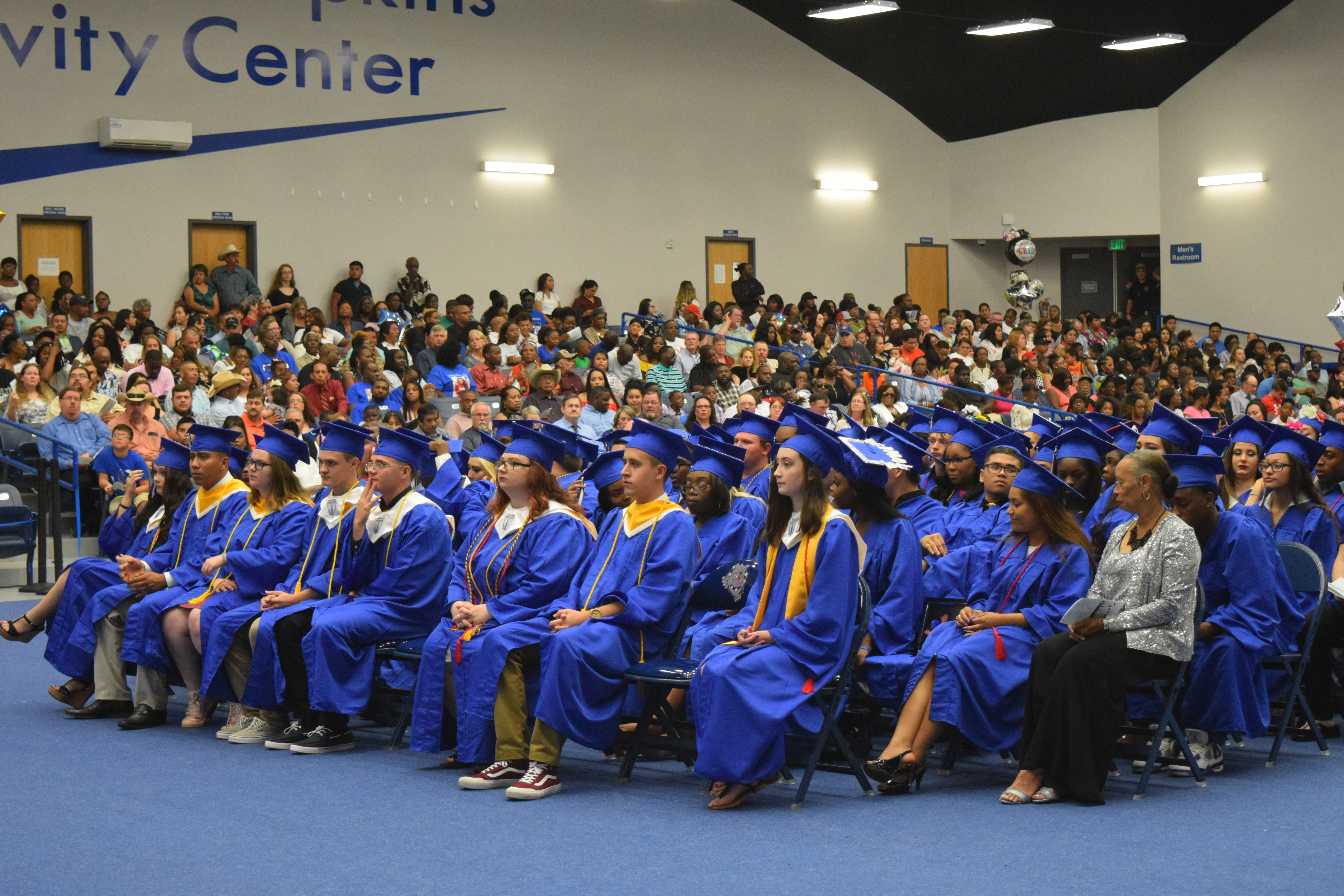 CROCKETT – The number of Crockett High School alumni increased Friday evening, June 1 when 81 CHS Seniors sauntered across the stage, received their high school diplomas and embarked on the next phase of their lives.

As the clock struck 7 p.m., the sounds of “Pomp and Circumstance” filled the Andrew J. Hopkins Activity Center and the first smiling seniors made their last walk as students at CHS.

Once the graduating seniors settled into their seats, Brianna Kirksey assumed the podium and gave the ceremony’s invocation. 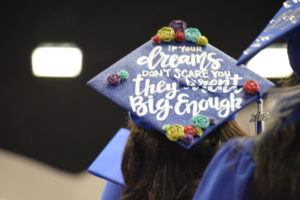 Upon the conclusion of the invocation, Jack Meadows and David Cross took the stage to lead the audience in pledges to the American and Texas flags, respectively.

After the pledges had been given, an emotional rendition of “The Star Spangled Banner” was provided by senior Faith White. As the last notes of the National Anthem began to fade, William Revels came forward to welcome those in attendance, introduce the CISD Board of Trustees and acknowledge administrators within the district.

Following Revels’ welcome, Crockett HS Principal Deborah Revels paid tribute to the 2018 seniors as she shared some of the achievements, tragedies and highlights as well as some of the humorous moments shared by the Class of 2018 in their journey through the Crockett school system. 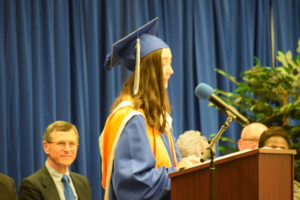 “Today is June 1, 2018. We came, we saw and we conquered. Now we have the rest of our lives to go forth and change the world,” Schuh said.

Upon the conclusion of the valedictory address, CHS Principal Deborah Revels turned to the administrators on stage and said, “(CISD Superintendent) Mr. (Terry) Myers, I certify that these senior have met all the requirements of the Crockett Independent School District – in the state of Texas – and are now ready to receive their diplomas.”

Next, Revels began to rattle off the names of the newly minted CHS graduates as Myers and CISD Board President Lela Wheeler, along with other board members, began to present the students with their diplomas.