HOUSTON COUNTY – In a semi-ironic twist, an alleged “stoner” was pulled over for speeding and wound up going to jail on a second degree felony.

Twenty-three year old William Terry Yarberry, from Indiana, was pulled over on Monday, May 21 by Texas Department of Public Safety (DPS) Trooper Kody Wooley after the trooper clocked Yarberry doing 69 mph in a 55 mph zone.

According to an arrest warrant filed by Woolley, “I activated the emergency lights on my patrol car and initiated a traffic stop and identified the driver as William Terry Yarberry. I observed a glass and metal capsule containing a yellowish oil located near William’s cup holder. I asked William what he was smoking. William informed me was in possession of THC oil.”

THC, or tetrahydrocannabinol, is the chemical compound in marijuana responsible for the “high” users feel after smoking or ingestion.

The law enforcement officer also discovered a chocolate bar during his search of the vehicle. Among the ingredients listed on the candy bar’s packaging were hemp seeds and cannabis extract.

“My training and experience led me to believe William was in possession of marijuana edibles and THC oils, substances listed in penalty group two,” the affidavit indicated.

Yarberry was arrested and transported to the Houston County Jail where he was booked into custody on one count of possession of a controlled substance, penalty group two, in an amount equal to or greater than four grams but less than 400 grams.

Under Texas law, this offense is considered as a second degree felony.

Yarberry’s Bond was set at $20,000. It was posted and he was released pending further legal proceedings. 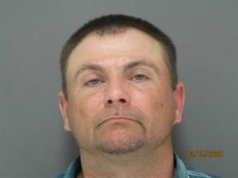