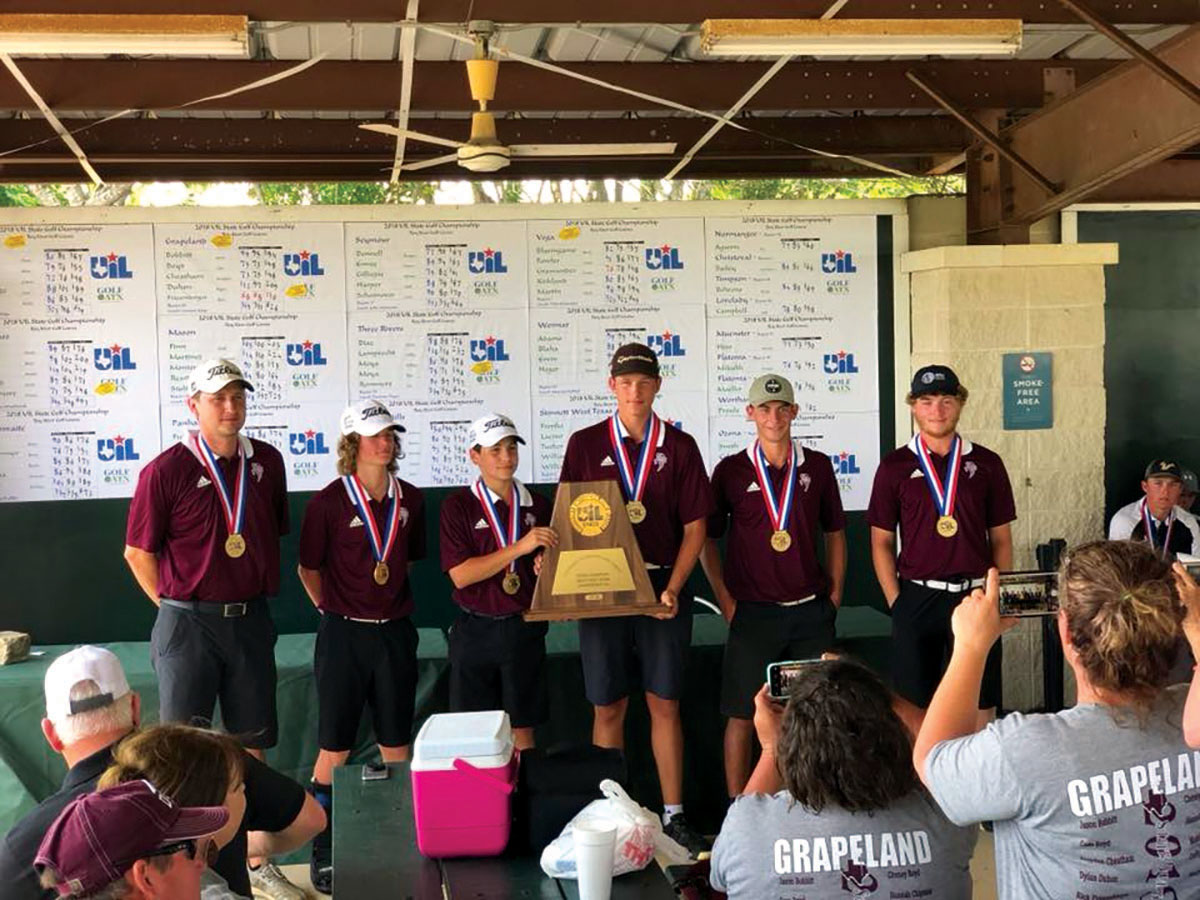 AUSTIN – The Grapeland Sandies have etched their name in Class AA golf lore as they have now repeated as state champions on the links.

After finishing as runners-up in 2016, the Sandies captured their first state championship in golf in 2017 with a state record combined score of 600. This year, they finished in first place once again with a combined score of 626.

The Sandies finished day one of the competition with a total of 315, which put them eight strokes ahead of both the De Leon Bearcats and the Vega Longhorns, who were tied for second with a total of 323.

Day two saw Grapeland shave five strokes from their day one score as they finished with a 311. Their two-day total was 13 strokes lower than second place finisher De Leon and 19 strokes better than third place finisher Vega.

On the individual front, Rick Frauenberger captured his second consecutive gold medal as low scoring individual. Frauenberger shot a 68 on the first day of play at the Roy Kizer Golf Course and apparently liked that score so much, he shot another 68 on the second day of competition for a two-day total of 136.

Just behind the top three in the standings were Sandie teammates Brayden Cheatham and Case Boyd who both finished in a four-way tie for fourth place with a combined score of 148. Cheatham shot a 73 on day one and followed up with 75 on day two. Boyd carded a 75 on the first day, but dropped two shots off his scorecard as he finished with a 73 on the second day of competition.

Jason Bobbitt shot 99-95 to help the Sandies to the gold while Dylan Duhon carded rounds of 112 and 97 to account for all the Grapeland golfers in Austin.

The Lovelady Lions were also represented in Austin as Seth Campbell carded rounds of 78 and 80 to finish in 17th position.