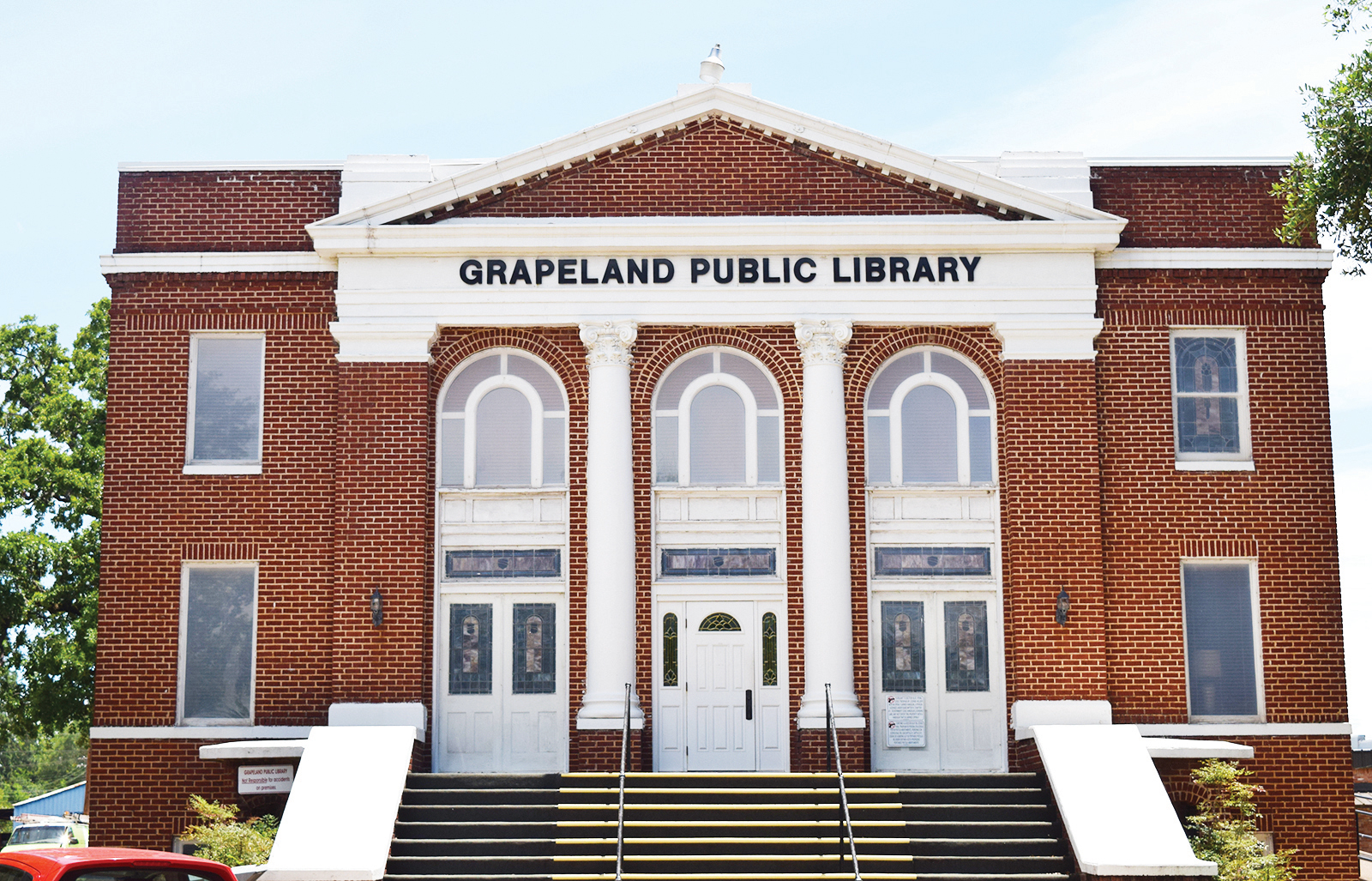 GRAPELAND – During the public comment portion of the Tuesday, May 8 meeting of the Grapeland City Council, Grapeland Independent School District Superintendent Don Jackson pledged his willingness to lend a helping hand to keeping the doors of the Grapeland Public Library open.

“I suppose it’s a funding issue; I understand that totally,” Jackson said, addressing the members of the council. “I know how hard this council works, and I know you don’t want to be the city representatives that the library closes under.”

Speaking on behalf of GISD, Jackson urged the council to “let me know what we can do” to help the library stay afloat and stressed the importance of literacy.

“If we’re going to push academics at the school and our library closes, it’s not a match,” Jackson pointed out. “So, I’m here to provide a solution. Let’s find a way for our kids.”

Also speaking on behalf of the library was Sarilyn Harrison, who has been volunteering in the establishment for approximately five years.

“The people that I see come through our doors – some people that come in, they use the computers, because they don’t have them (at home),” Harrison explained. “There’s one lady that works on things for the church.

“We have people that come from Best Friends, and they’re learning life skills, because they’re interacting with us,” Harrison continued. “They’re learning the responsibility of their (library) card, keeping the books, bringing them back on time.”

As Harrison also pointed out, library visitors also utilize the space to participate in activities such as yoga classes.

On a personal level, Harrison said, librarian Ashley Corns has given her the confidence to expand her services as a volunteer.

“We’re here six or seven months out of the year, and I go back to Santa Clarita, California, and she’s given me the confidence and the knowledge to volunteer there,” Harrison explained. “And it’s just an awesome feeling to do that; to work with the people in our community.”

Harrison also described to the council her experiences in leading the library’s Wiggles and Giggles program, during which children come to the library to hear a story and do arts and crafts.

“They’re just adorable,” she said of the children who participate each Tuesday. “The ones I have now are three, four, and five (years old), and they’re just the cutest things.”

According to Harrison, older children and college students often come to spend the afternoons doing homework in the library.

“I just feel like the library is beneficial to this community,” Harrison said. “There’s a lot of people that are using it.”

Grapeland Chamber of Commerce Treasurer Linda Reed described the library as the “right hand” of the chamber.

“They give us so much information,” she shared. “Ashley makes a lot of our flyers that we wouldn’t have done. Our farmer’s market is coming up at the end of this month, and they provide a safe environment for everybody to come to at the library.”

Reed spoke of how helpful the library’s computers have proven to be for local residents who do not possess computers of their own and are in need of a place to conduct searches for employment.

“Everybody at that library is well-staffed and knowledgeable, and they are always helping these kids or anyone – adults, too – (with) how to get on a computer and find what they need,” Reed continued. “That’s very important for a community.”

Reed informed the council that in speaking with individuals who have recently moved to town, she has found many to be impressed with the library and its offerings.

“They can’t believe we have such an awesome library in a little town like this,” she said. “I think we should do all that we can to keep this library. We’ll come up with a solution if we all put our heads together, because there are great heads in this room. A solution will be brought forth.”

In presenting the library’s activity report for the month of April, Corns stated that a total of 590 books were circulated throughout the month. Volunteers contributed a collective 148 hours, and 337 patrons were served. The library had a total of 298 computer hours for the month, and 11 new library cards were issued.