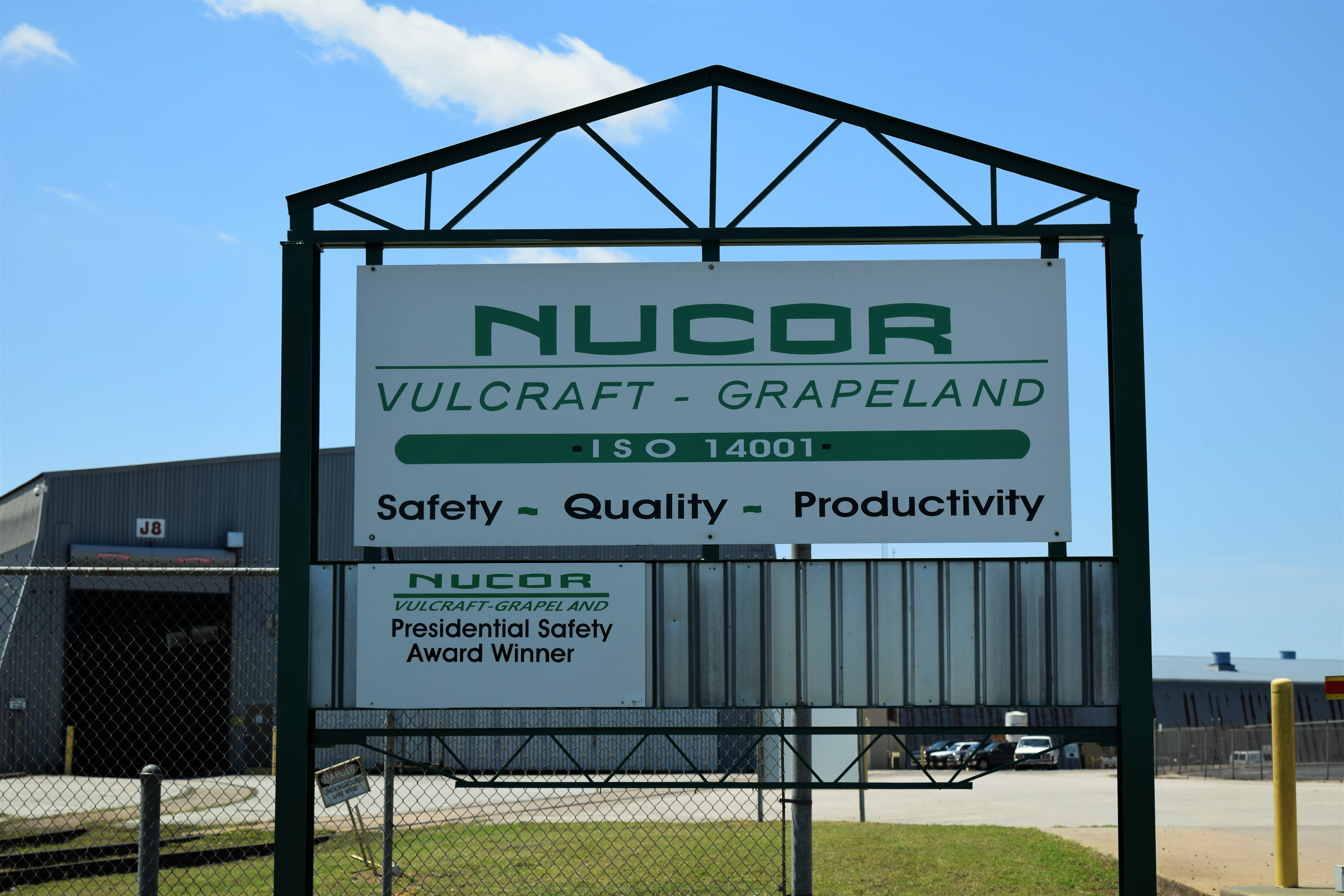 NORTH CAROLINA – Just over 10 years after the Vulcraft plant in Grapeland opened for business, a young engineer came to work for the company. Eventually, he would become GM of the Grapeland plant and would later move into the upper echelons of the corporate hierarchy for the Fortune 500 Company.

“I started with the company (in Grapeland) on Feb. 26, 1979 and started out as a design engineer,” Nucor’s Executive Vice-President Jim Darsey said.

“I was promoted to GM (general manager) in 1995 and I thought this was a wonderful opportunity to work for Nucor’s flagship operation. The Vulcraft in Texas was well known for its history of success and really well known for its commitment to do what it takes to be successful,” Darsey said.

“There was a team (in Grapeland),” he continued, “that was committed to the Nucor values and the Nucor culture who came to work every day and did the very best job they could to take care of our customers. Having grown up there, I knew a lot of the teammates and there is no finer group of Nucor teammates anywhere in the company.”

Darsey said he knew he was facing a challenge when he became GM in Grapeland because he wanted to ensure he was able “… to provide the type of leadership the Vulcraft team deserved. They were a team that had very high expectations of themselves and were very competitive. They worked hard every day to take care of our customers.”

As he continued, the VP explained the employees in Grapeland also expected a tremendous amount from their leader and expressed this through their productivity.

When asked specifically if anything stood out during his tenure in Grapeland, Darsey said he learned about the cyclical nature of the steel industry, first hand.

“I started in 1979 and things were really good up until the mid-1980s. Then, we had a savings and loan bust in Texas. The economy got really bad and we were in a recession. Things were pretty tough, but one thing I remember was I saw the Vulcraft team work very hard in preparation for the next upturn,” he recalled.

When the upturn happened in the early 90s, Darsey said “… the Vulcraft team was prepared and we were ready. Having gone through the lean times – getting ready for the good times – the good times were really good.”

Darsey said he planned on retiring later this year and would be moving back to Texas from his home in North Carolina.

“There are a few things out on our farm I’d like to do and I’d like to spend some time with my wife and family. I’d also like to do some occasional bird hunting and some fishing,” he said.