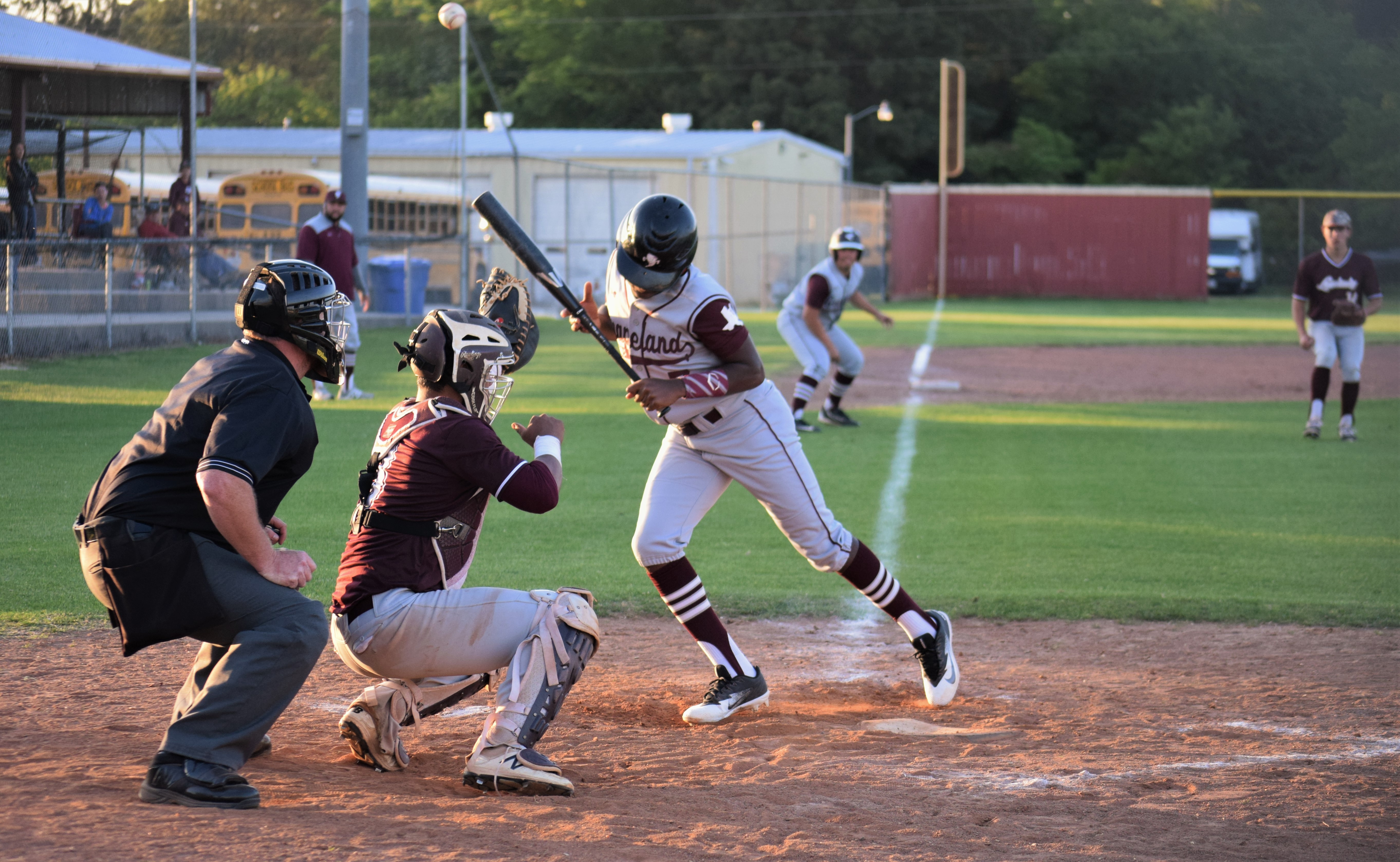 LOVELADY – The Lovelady Lions used a four-run seventh inning rally on Friday to come from behind and nip the Grapeland Sandies by a final score of 11-10.

The Lovelady win moves the Lions into a tie for first place with Grapeland and Slocum and sets up a one-game play-in to see who enters the playoffs as a one seed and who goes in as a two seed. Per the UIL, Slocum drops to Class 1A for the playoffs.

As the Friday afternoon/evening game got underway, Lovelady’s Jay Thomas Robinson was on the mound for the Lions. He worked a 1-2-3 inning as he got Austin Driskell to fly out, watched Dylan Duhon strike out and then forced Josh “Bear” Ackley to ground out. 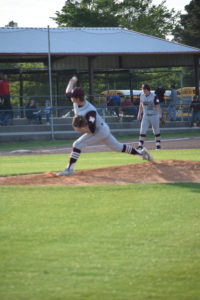 Ackley got the nod for Grapeland and gave up a lead-off double to Chad Fulgham. Jay Thomas Robinson followed in the batting order and hit into a 4-3 force which moved Fulgham to third. With a runner in scoring position, Ackley struck out Logan Lowery and then forced Carter Murray to ground out to end the inning.

After a quiet second inning the runs began to flow in the third and fourth innings. Grapeland’s Cooper Sheridan led off with a single to right. Following Cameron Navarette’s ground out, Sheridan took third and later scored on Driskell’s single up the middle to give the Sandies a 1-0 lead.

The Lions struck back in the bottom of the third with four runs. Alex McKnight led off for Lovelady and reached on an error. McKnight moved to second on Fulgham’s single to left and came around to score on Robinson’s base rip to center.

Lowery drew a walk to load the bases with no outs, but Ackley caught Murray swinging at strike three to keep the Lions off the scoreboard. A walk to Taylor Womack pushed Fulgham across the plate and gave the Lions a 2-1 lead.

Ethan Tullos popped up to second base for out number two, but Ackley walked Tim Johnson to drive in Robinson. Mason Phillips was hit by a pitch and with nowhere to put him, Lowery trotted home to make the score 4-1.

The Sandies answered back in the top half of the fourth with six runs to take a 7-4 lead. Ackley led off with a walk and was followed in the batting order by Case Boyd, who also drew a walk. Ethan Peterson followed Boyd to the plate and drilled a Robinson pitch into right to score Ackley from second.

Blake Howard followed with a walk to load the bases. Cooper Sheridan followed Howard with a single to right which scored Boyd and Peterson, while moving Howard to second. Navarette was up next and reached on an error to reload 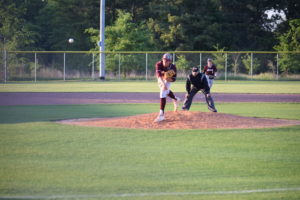 With the score tied at four, the Lions relieved Robinson on the mound and brought in Fulgham. On his second pitch, Fulgham hit BJ Lamb with a pitch to drive in Howard from third to make the score 5-4.

A single from Driskell pushed Sheridan and Navarette across the dish and gave the Sandies a three-run lead. Fulgham, to his credit, managed to stop the bleeding and got out the inning without any further damage.

It was the Lions turn to answer back in the bottom of the fourth and they did just that with three runs to tie the score at seven.

Ackley walked Fulgham, gave up a single to Robinson and then walked Lowery to load the bases. Once again Murray was at the plate in a bases loaded situation and once again, Ackley got him to swing at strike three.

He also struck out Womack, but then walked Tullos to push Fulgham across the plate. Jaxson Reeves came into the game for Johnson and reached second on a two base error that allowed Robinson and Lowery to scamper home, making the score 7-7.

When the inning finally ended, the excitement of the fourth gave way to a quiet fifth inning. In the sixth, however, the Sandies recaptured the lead with a pair of runs. 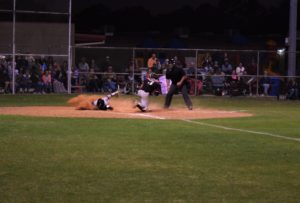 Womack came in to pitch for Fulgham and got the first batter he faced – Driskell – to pop up to second. Duhon followed with an infield single and moved to second when Ackley walked. Both Duhon and Ackley moved up a base on a wild pitch. A passed ball brought Duhon home and moved Ackley to third. Case Boyd followed with a groundout that drove in Ackley and the Sandies were back in front once again by a score of 9-7.

Sheridan had replaced Ackley on the mound to start the fifth inning and was still there in the bottom of the sixth. He struck out Fulgham, walked Robinson, forced a groundout from Lowery and then got Murray to pop up to end the inning.

Grapeland added another run in the top of the seventh when Ackley singled in Driskell to make the score 10-7.

While many fans had already headed home, the Lions had a little magic up their sleeve as they rallied for four runs in the bottom of the seventh to nip the Sandies and win the game by a final score of 11-7.

McKnight led off the inning for Lovelady and drew a walk. Fulgham moved him to second with a single but Robinson followed with a groundout. Sheridan then walked Lowery to load the bases. 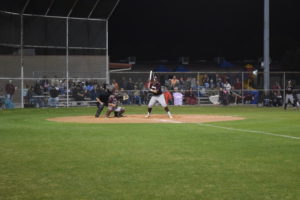 It’s been said the third time’s a charm and Carter Murray proved that when he came to the plate in the bottom of the seventh.

Murray had endured a horrendous night in the batter’s box up to that point in the game. He was 0-4 and had struck out twice with the bases juiced.

This time, however, the third time was a charm as he timed a 2-0 pitch perfectly and drove it into center field for a double. McKnight scored, Fulgham scored and Lowery scored to tie the game at 10 and when Womack lined a single into left, Murray was able to motor around the bases and cross the plate with the winning run.

The Lovelady win sets up a sets up a one-game play-in to see who enters the playoffs as a one seed and who goes in as a two seed.  The game will be held in Grapeland on Wednesday, April 25 with the first pitch scheduled for 6:30 p.m. 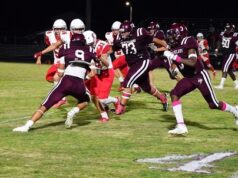