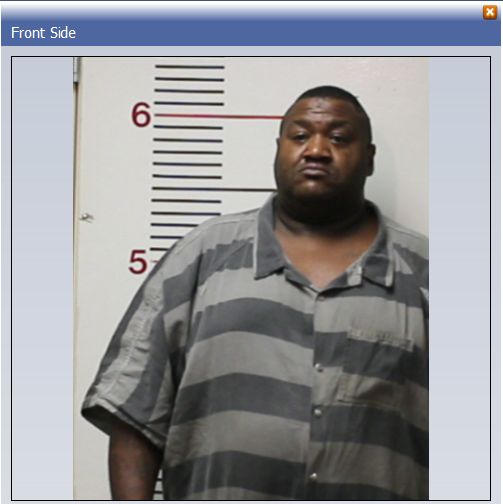 PALESTINE – An Anderson County jury found a Palestine man guilty on a drug charge on Valentine’s Day and then showed their love the next day by handing down a 99 year sentence in the Texas Department of Criminal Justice – Institutional Division.

According to Anderson County District Attorney Allyson Mitchell, “Darryl Wayne Lewis, 44, of Palestine was found guilty of Possession of a Controlled Substance with Intent to Deliver – Penalty Group one – one to four grams on Feb. 14, 2018 by an Anderson County Jury.  On Feb. 15, 2018, he was sentenced by the same jury to 99 years in the Texas Department of Criminal Justice.”

The D.A. reported Lewis was arrested in 2014 after officers with the Palestine Police Department and SWAT team executed a “no knock” search warrant at a home occupied by Lewis and his wife Gina.

“Once inside the home, Sgt. Matt Kerr and fellow PD officers began a search for contraband.  In their bedroom, officers located methamphetamine pipes on each nightstand. Located on Lewis’s nightstand were a set of digital scales, his cell phone, and his parole ankle monitor station. Near Lewis, officers located a bag containing 3.41 grams of methamphetamine and multiple small baggies,” Mitchell stated in a press release received on Friday Feb. 16.

When Kerr took the witness stand, Mitchell stated he testified the baggies and scales were tools dealers commonly use to sell illegal drugs.

Also called to testify in the case was Sgt. Brian Chason, formerly of the Anderson County Sheriff’s Office.

Chason testified “… he conducted a download of the recovered phone and discovered multiple text messages sent by Lewis.  Sgt. Kerr testified that the texts indicated Lewis was selling methamphetamine.”

When it came time to assess the sentence, Mitchell indicated the jury was presented with evidence showing Lewis was a habitual offender.

“He has been incarcerated four times on six different felony cases out of Anderson County, beginning in 1992,” Mitchell stated in the media release. “Possession of a Controlled Substance with intent to Deliver PG1 1-4 grams is a second degree felony with a punishment range of two to 20 years in TDCJ, but because the jury believed Lewis is a habitual offender, the degree of offense was enhanced to a first degree felony, making the range of punishment 25-99 years, or life.”

Following the trial, Mitchell commented on the sentence handed down by the jury.