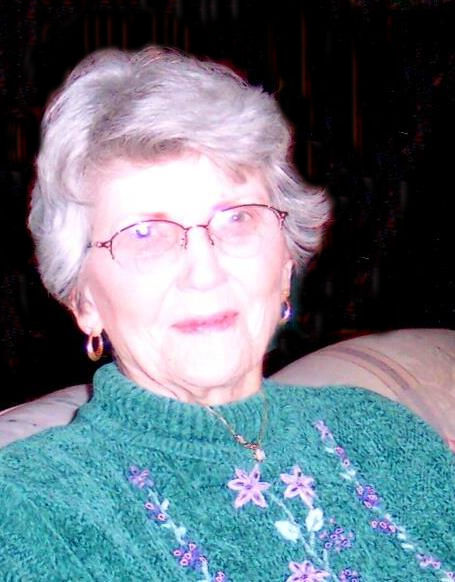 Lena Belle Gallant departed this life February 4, 2018, at the Ridgecrest Retirement Center in Waco, Texas, at the age of 103 years, 7 months, and 13 days. Lena, the first born child of John West and Minnie Lee (Sharp) Rushing, was born on June 22, 1914 in Kennard, Houston County, Texas. She was the descendant of many early Houston County settlers including the Allen, Goolsby, Ellis, Miles, and Fulgham families.

Lena’s parents divorced when she was six years old and her brother, Norman, was an infant, At the age of eight, duty, responsibility, and a “can do “attitude developed quickly as Lena assumed the household and caretaker duties, to enable her mother to plow fields, plant crops, and raise livestock to provide for her family.

Lena married Jimmie Doyle Gallant in Houston County on March 12, 1930. After several years the couple moved to Houston, Texas, where they resided until moving to Waco in 1980, to be near their daughter and grandchildren. After 55 years of marriage Doyle predeceased her on September 14, 1985.

Lena retired from Joske’s of Houston after 25 years of customer service in the retail store. Having sold in the men’s and ladies clothing departments she was later asked to be the store representative for the Germaine Monteil cosmetics line. She excelled and received recognition in every area as an outstanding sales associate.

Lena loved her family, coffee, chocolate candy, ice cream, as well as her flower gardens and yard, and home which she took care of to the age of 98. She enjoyed what she had and she enjoyed life. She never worried about getting old. Her thought was that she would be here until the Lord took her home.

Lena was a member of Columbus Avenue Baptist Church and its Mixon Sunday School Class. Her favorite Bible verse was 2 Timothy 1:7. She was a member of the Elizabeth Gordon Bradley Daughters of the American Revolution, Daughters of Republic of Texas, Sterling C. Robertson Chapter, and the Mary West Chapter of the United Daughters of the Confederacy. She loved to share and was the source of stories and information about her family history.

Services for Lena Belle Gallant were held at 1 p.m. Wednesday, February 7, at the Callaway Allee Funeral Home Chapel in Crockett, Texas. Visitation with the family began at 12 p.m., before the service, followed by interment at the McCarter Cemetery in the Jones School house Community.