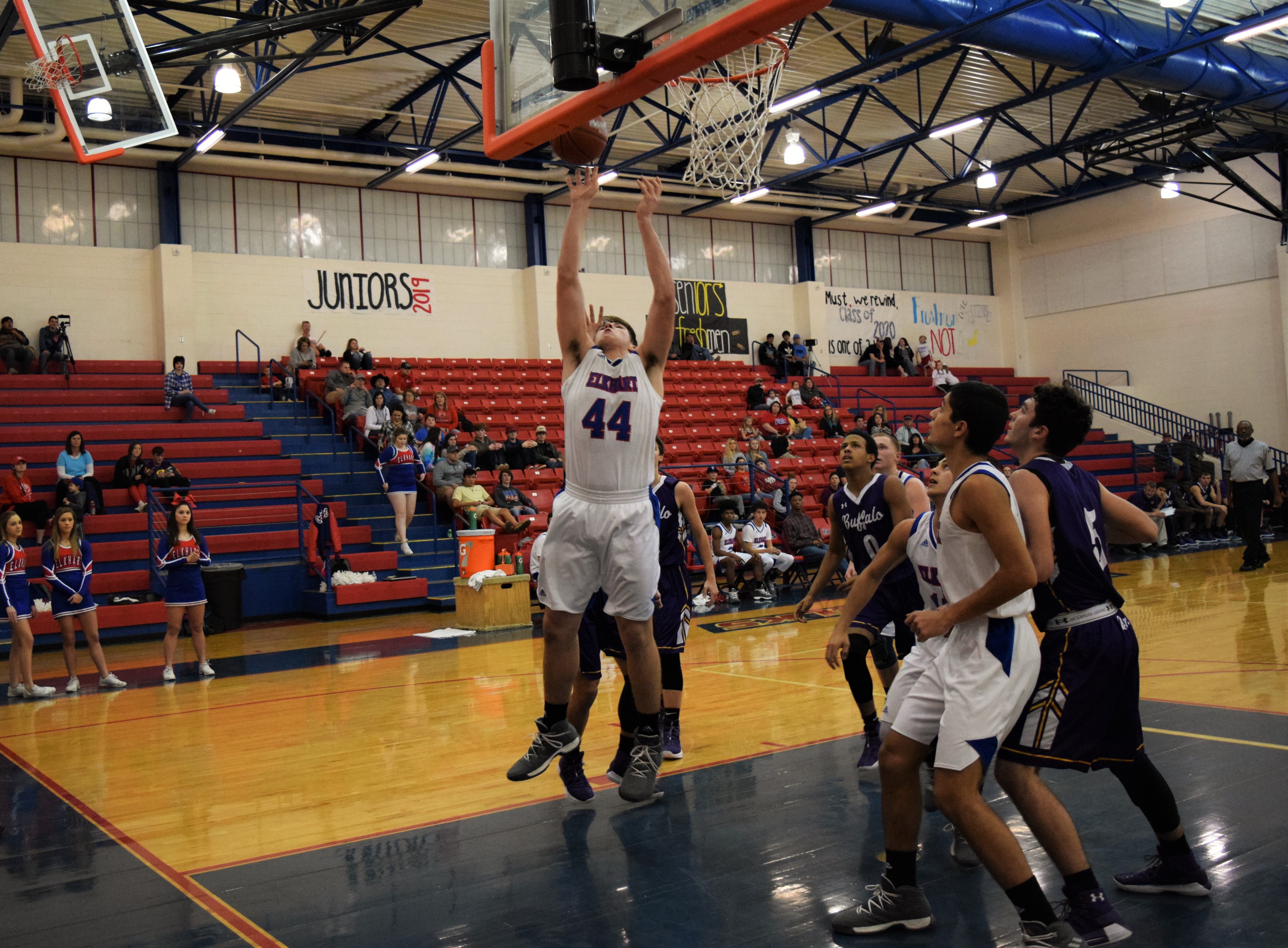 ELKHART – With the playoffs looming on the horizon, every district game counts. In District 18-3A, wins are even more crucial. The Westwood Panthers may well be in the midst of a special season and sit at 8-0 in district competition. The Teague Lions only have one district loss and that was to Westwood.

Given that backdrop, the Elkhart Elks welcomed the Buffalo Bison to town on Friday, Jan. 26 for a game with major playoff indications. A win and the Elks remained in control of their own destiny while a loss would mean Elkhart would need some help to slip into the postseason.

While the Elks battled hard throughout the contest, it was not meant to be as the Bison defeated Elkhart by a final of 68-53.

Buffalo took control of the game from the opening tip and never looked back as they opened up a 24-12 lead after the first eight minutes of play.

Elkhart’s Jacob McSwane and RJ Moore each dropped in four points while Landry Mays knocked down a three and Ky Thomas added a free throw. 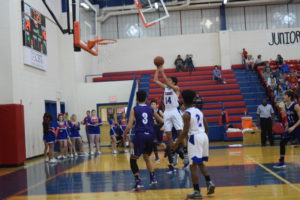 The Bison were led by Dirk Kilgore who netted 12 of the Buffalo 24 first quarter points. Jarrett Fishbeck had four, Caleb Ayres and Jamaul Randle both netted three while Ryan Rath scored two.

The Elks’ defense tightened up in the second quarter and limited the Bison to 12 points on threes from Kilgore and Rath and twos from Ayres, Randle and Lance Pauler.

While the Elkhart defense improved from the first to the second quarter, the Elks’ offense was unable to take advantage of the situation. Moore netted four while Thomas had two to bring the half to a close with Buffalo ahead, 36-18.

After the break, the Elks made a little headway in the third quarter. Thomas had five while Mays, McSwane and John Ashford all had two.

Kilgore and Rath led the Bison in the third with five apiece as Buffalo managed to hold on to a 46-29 lead as the game entered the fourth quarter.

As the fourth quarter got underway, the Elks attempted to make a comeback and cut the lead to single digits. Unfortunately, Elkhart ran out of gas and the Bison hit 10 of 14 from the line to help preserve the 68-53 win.

For the game, the Bison were led by Dirk Kilgore with a game-high 30 points. Ryan Rath dropped in 14, Jamaul Randle and Jarrett Fishbeck both had six, Caleb Ayers went for five, Lance Pauler netted four, Jacob Simpson had two and Timmy Simpson closed out the Buffalo scoring with one.

The Elks were led by Ky Thomas with 16 and RJ Moore with 14. Jacob McSwane threw in eight, Landry Mays had seven, Mayraj Khan had four while both John Ashford and Joseph Casal scored two.