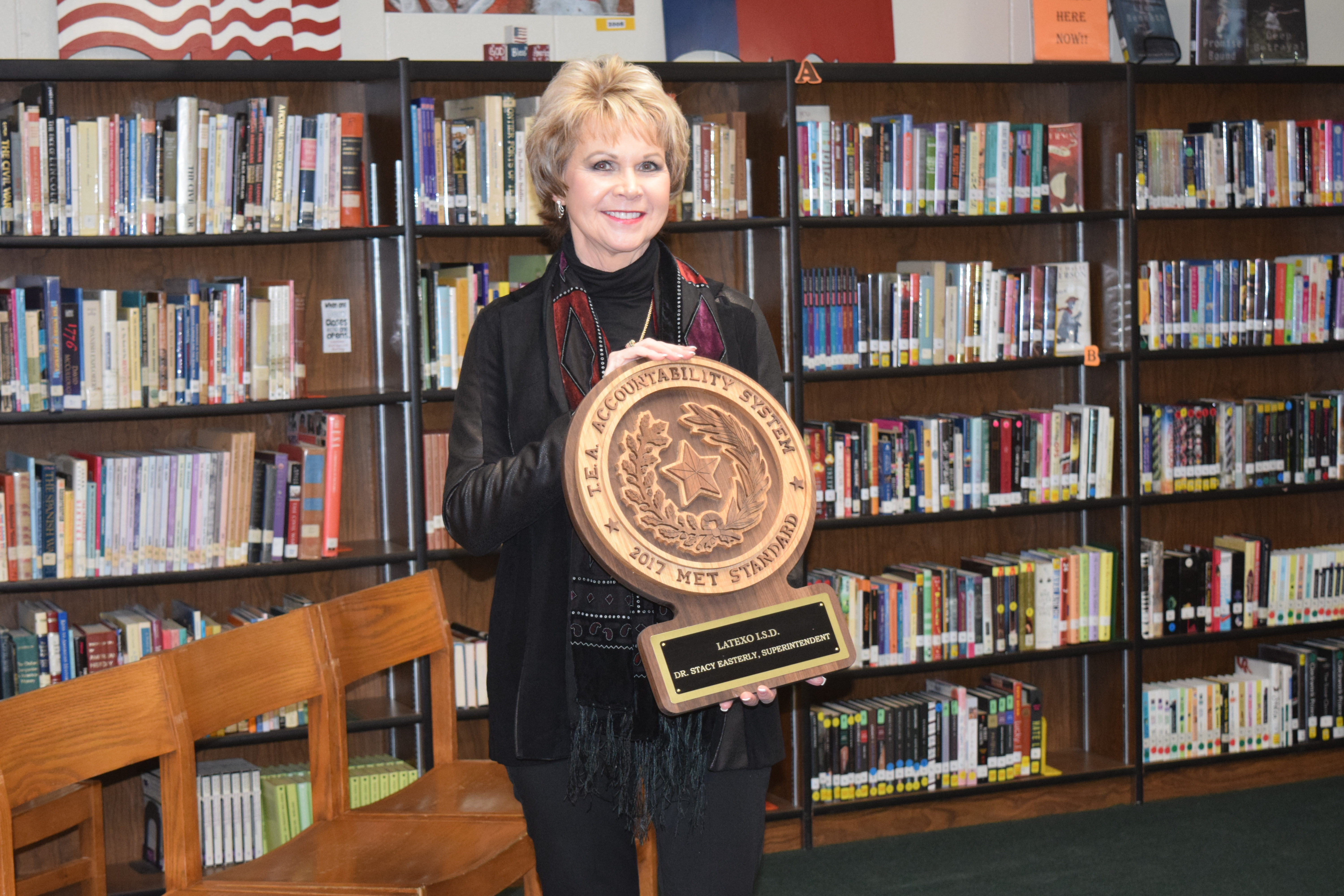 Election Scheduled for May 5

LATEXO – After over four hours in executive session, the Latexo Independent School District Board of Trustees approved the renewal of LISD Superintendent Dr. Stacy Easterly’s contract.

The contract approval, along with several other items of business, were addressed during a regularly scheduled meeting of the board which began on Jan. 18 and concluded on Jan. 19.

The meeting began at 6 p.m. with an appreciation dinner for the board to help celebrate School Board Appreciation Month. Following the dinner, the board convened in regular session to deliberate on school related matters.

After over three hours in open session, the board retired behind closed doors to discuss Easterly’s contract. When the trustees returned to open session just after 1 a.m., a motion was made, seconded and approved to extend the superintendent’s through the 2021 school year.

Prior to the contract deliberation, the LISD Board approved a resolution calling for an election to be held on May 5. Positions three and four will appear on the ballot for consideration.

“The deadline for filing for a place on the ballot is Feb. 16. Early voting begins Monday, April 23 and the election is Saturday, May 5,” Easterly informed the board.