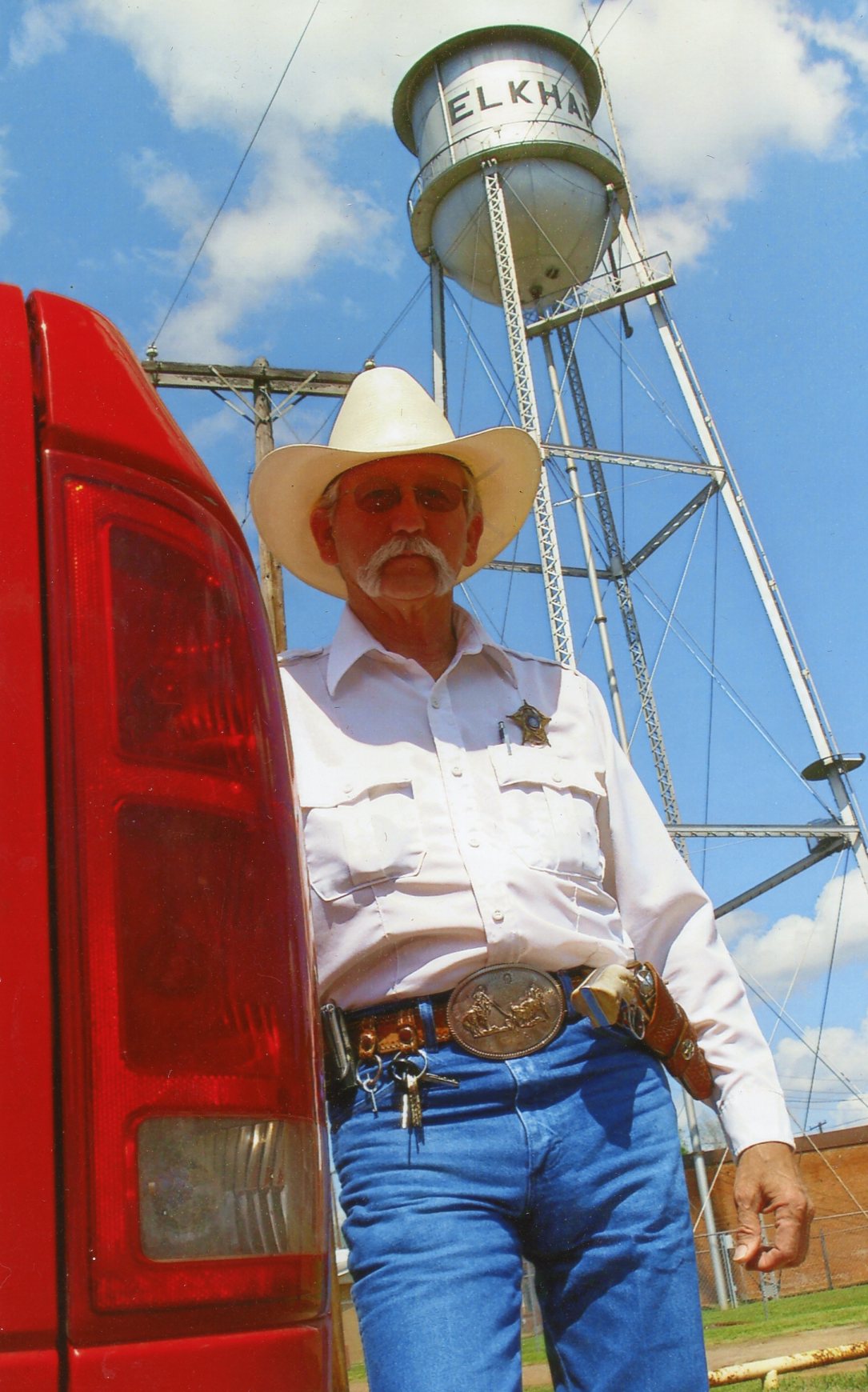 Larry William Bennett, age 72, of Elkhart, went on to his heavenly home on Tuesday, the 5th day of December, 2017. Mr. Bennett was born in Grand Prairie, Texas on Monday, the 23rd day of April, 1945 to Delbert Bennett and Geneva Holder Bennett. Mr. Bennett was a United States Air Force Veteran and a dedicated Constable in Anderson County Precinct 1 for over 25 years. He was greatly loved by his family and the community. Mr. Bennett enjoyed hunting, fishing and spending time with his grandsons. He was a devoted Christian and a member of the First Baptist Church in Elkhart for many years.

Larry Bennett is survived by his daughter, Sarah King and husband Chris of Elkhart, Texas; sisters, Charlotte Middleton and husband Bennie of Palestine, Texas, Deborah Stewart and husband J.D. of Branson, Missouri; grandchildren, Kyle King and Colton King and many other beloved family and friends.

Friends were cordially invited to a visitation with the family from six o’clock until eight o’clock in the evening on Friday, the 8th day of December, 2017 in the Chapel and Reflection Room of Rhone Funeral Home.

Funeral services for Constable Larry W. Bennett were conducted at two o’clock in the afternoon on Saturday, the 9th day of December, 2017 at the old Slocum High School Gym in Slocum, Texas with Bro. David Franklin officiating. Interment followed in Pilgrim Cemetery in Elkhart, Texas.