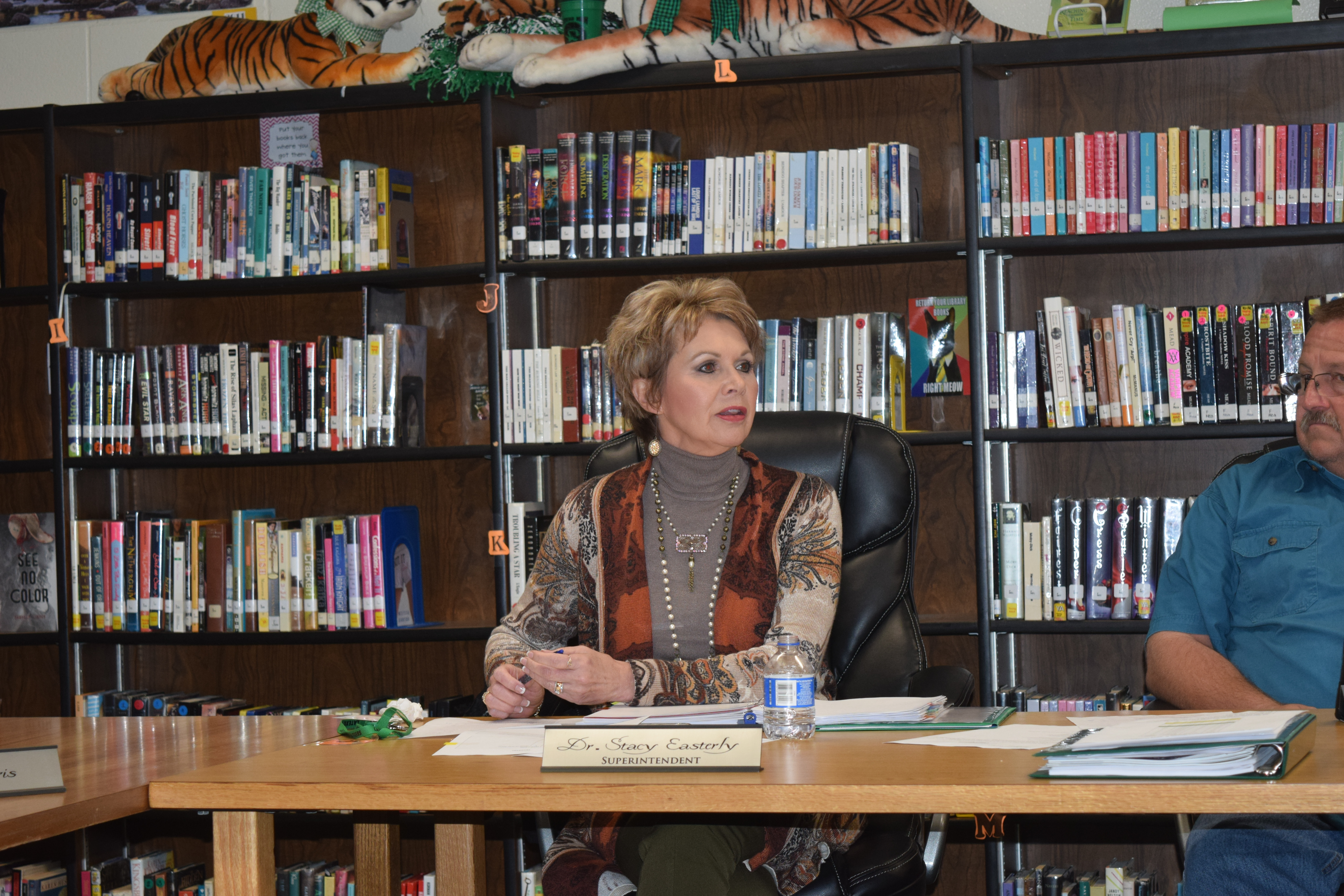 LATEXO – During a meeting of the Latexo Independent School District Board of Trustees held on Thursday, Nov.1, LISD Superintendent Dr. Stacy Easterly provided a recap of the recently held Fall Fest celebration and the results of the Nov. 7 election.

As the meeting got underway, the first item addressed concerned Fall Fest.

“The booths did well,” Easterly continued. “The auction – we feel it might need to go back to a live auction next year to generate more money. However, this format does create an opportunity where everyone can afford to put tickets in and win something. Otherwise, it was a success and the kids had a great time.”

Before the meeting continued, Easterly added, “We just want to thank our PTO for creating another successful Fall Fest for us.”

He informed the trustees several changes had been made to the policy and further indicated the consequences of a positive urinalysis had been revised.

Once the AD concluded, board member Kelly Nicol questioned the possibility of testing UIL academic participants.

A brief discussion of the matter was held but no action was taken.

As the meeting continued, the results of the Nov. 7 election were addressed by the LISD superintendent.

Board member Chris Morris asked the superintendent if the district would pursue a recount.

“We can’t talk about that,” Easterly said.

After the meeting, Easterly was asked why the matter could not be discussed. She explained the matter was not on the agenda and a board discussion was not allowed under state statute.