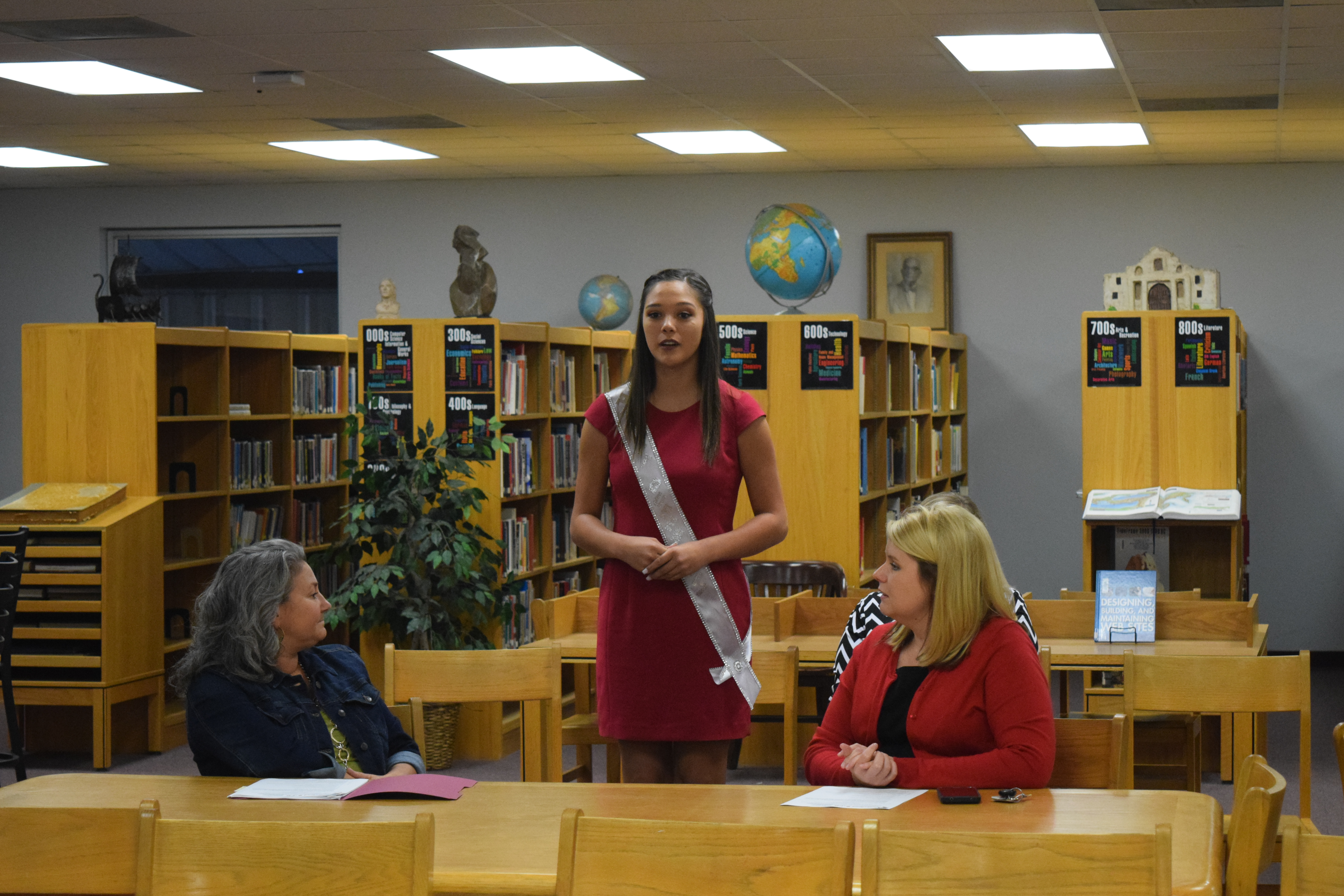 GRAPELAND – The awards and recognition for Madelyn Conner keep coming as the Grapeland ISD Board of Trustees recognized the 2017 Peanut Queen for her recent coronation.

The GISD Board met in a regularly scheduled meeting held on Monday, Oct. 16 and after the initial meeting formalities, Board President Eddie Childress yielded the floor to 2017 Peanut Festival Chair and Pageant Coordinator Tammy Hassell-Anderson.

“I have nothing but good things to say about not only Madelyn but all the girls who were in the pageant this year. All I heard was ‘Yes, ma’am’ or ‘No ma’am.’ They were a good group of girls. The one who walked away with it (the queen’s crown) was Madelyn Conner. I’m very proud of her and she did a great job. All the girls did great but the thing that mattered the most to me – throughout the whole event – was that every girl who participated improved in some form,” Hassell-Anderson said.

Conner spoke next and thanked the GISD board for asking her to attend the meeting. 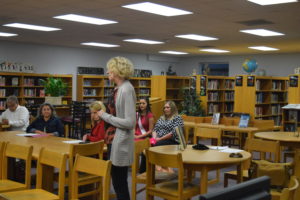 “I wanted to say I was thankful to the Grapeland Noon Lions Club for sponsoring me. They built me a beautiful float and supported me through the pageant. I was honored to represent Grapeland and it was definitely an honor to be crowned queen. I want to represent Grapeland in a positive manner and be a role model for the younger girls in the community,” the 2017 Peanut Queen said.

“I want them to feel like they have a sister to talk to,” she added. “I want to be everyone’s big sister. Thank you and I’m honored.”

Childress picked up the thread from there and said he was also appreciative of the efforts put forth by the Grapeland Chamber of Commerce “… for putting together the festival and coronation. It’s a great thing for the community and we’re glad as a district to be involved with that. Madelyn we are very excited for you but then again I’m a little bit prejudiced since I’m also a member of the Grapeland Noon Lions Club. However, we are so proud of you from a district standpoint and the Lions Club also.”

GISD Superintendent Don Jackson added, “We are proud of you and appreciate you. You always seem to have a positive attitude and you’re always smiling. I think at the beginning of the year, you had to speak in public. It’s nice to see how much you have grown by getting out of your comfort zone.”

Following the queen’s recognition, the meeting continued with remarks from the superintendent. Jackson informed the trustees the Mighty Sandie Band had recently competed in the Midlothian Marching Band Contest and received 14th place.

As he continued, Jackson provided the board with an update on the district’s attendance so far this year.