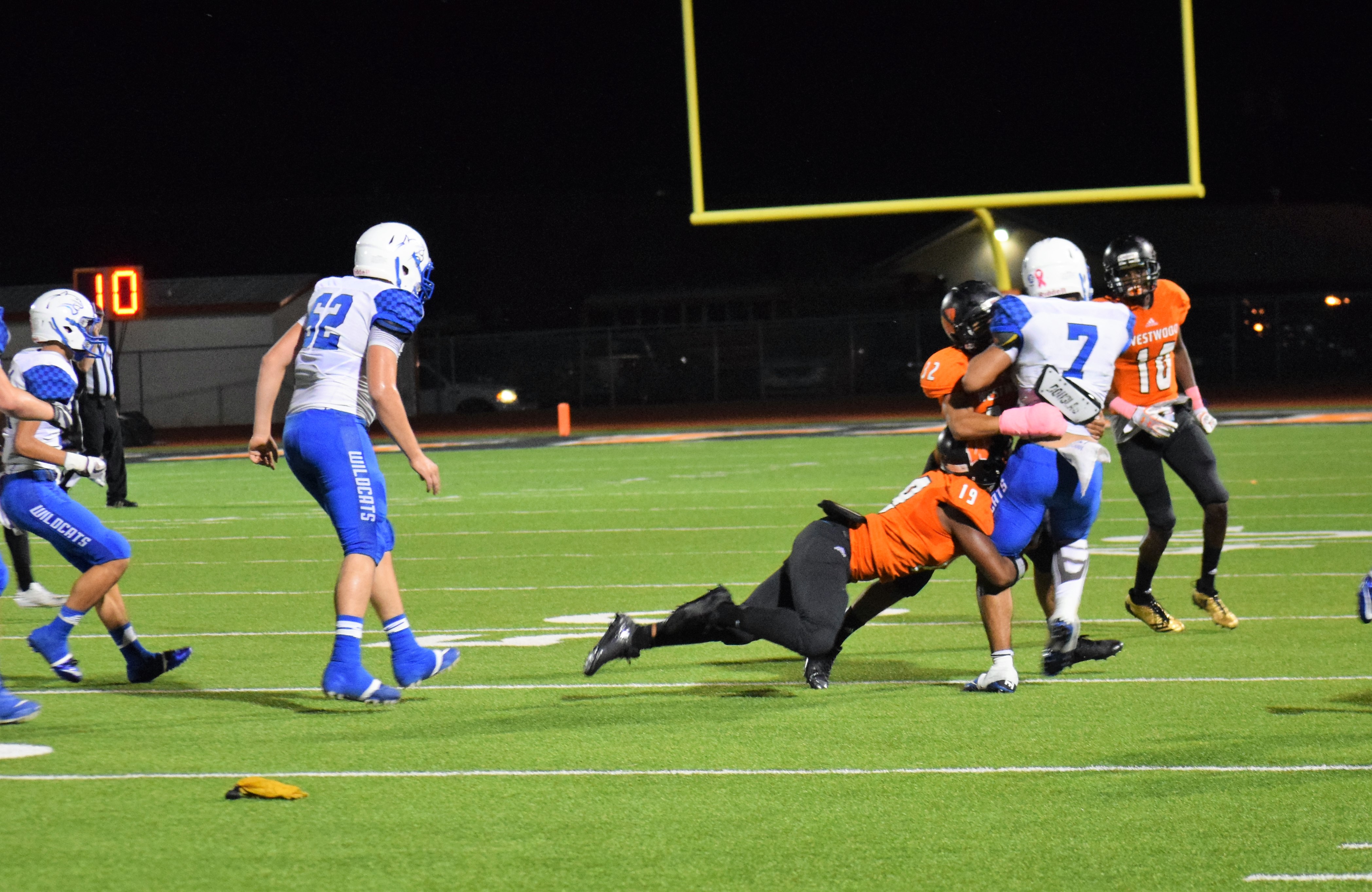 WESTWOOD – The Westwood Panthers were coming off of two heartbreaking losses as they welcomed the Whitney Wildcats to town for a District 9-3A DI tilt.

The Panthers had lost to the Troup Tigers, 19-17, on the game’s final play two weeks ago and then lost in OT, 35-34, to the Elkhart Elks last week.

While the Panthers looked to rebound and get back in the winning column, the Wildcats had other ideas and hammered Westwood by a final score of 52-13.

Westwood won the opening coin toss and elected to defer until the second half. Whitney took possession of the ball at their own 43 and showcased their rushing attack on their opening drive. 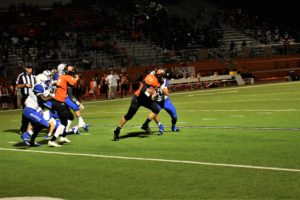 The Wildcats gave the Panthers a heavy dose of Dez Garner as he carried the ball on six of the first seven plays and capped it off with an 18-yard TD run at the 9:54 mark of the first quarter.

After the initial score, Westwood took over at their own 39 but an interception by Whitney’s Juan Saucedo stymied the Panthers drive.

The two teams exchanged possessions on punts and then the Wildcats took over the game. Garner picked up 26 yards on two rushing attempts, but back-back holding penalties pushed Whitney deep into their own end of the field.

A 31-yard completion from Juan Saucedo to Hunter Watson moved the ball across the midfield stripe and inside the 40. Garner ripped off a 20 yard gain, followed by an 18 yard TD run from Tate Pankey. Garner converted the try for two and with 2:21 left in the first quarter, Westwood trailed 14-0.

The next time the Panthers had the ball, the second interception in the first quarter led to more Whitney points as Westwood QB Dalton Books was picked off by Whitney’s Stephen Mathison at the Wildcats’ 39.

After the turnover, Dontay Owens connected with Clay Richters for a 55-yard completion and on the next play, Garner plowed his way into the end zone. After Juan Morales converted the PAT, Whitney had extended their lead to 21-0.

The Panthers seemed to shake out of whatever funk they were in to open the game on their next possession.

Westwood took over the ball, after the kickoff, on their own 44. Jamar Clewis picked a first down on two runs. He added two more on the ensuing first down, however an incompletion and a stop of Michael Page for no gain put the Panthers in a fourth and eight at the Whitney 44.

Books was able to find Jailyun Tatum for 15 yards on the fourth down play and from there, Clewis did the rest of the work and capped off the Panthers’ drive with a two yard blast to cut the score to 21-6.

Whitney wasted little time in pushing their lead back to 21 after the kickoff. After Garner picked up seven on first down, Pankey connected with Kolby Tanner for four yards and then Owens rambled 41 yards to pay dirt to make the score 27-6. Juan Arredondo nailed the PAT to make the lead 22.

Westwood’s next possession ended with a fumble and the Wildcats took advantage of the turnover to march in close enough to allow a 41-yard FG attempt.

The kick was no good but when the Panthers took over, a fumble gave the ball right back to Whitney. This time Whitney was able to march down the field and with 12 seconds remaining in the half, Pankey found Watson for a 26-yard TD.   Arredondo’s PAT made the score 35-6 and brought the first half to a close. 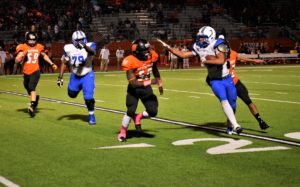 While the Panthers were down by 29, they hadn’t played that poorly. Unfortunately, the turnover woes which plagued Westwood in the first half continued after the halftime festivities concluded.

The Panthers opened the second half with possession of the ball, but on their first play from scrimmage Watson stepped in front of a Books pass and returned it 31 yards for a pick six. The extra point was good and with 11:25 still left to play in the third quarter, Whitney now led 42-6.

The score remained that way until the fourth quarter when Morales knocked home a 41-yard FG to push the lead out to 45-6.

After the fourth interception of the Panthers, the Wildcats added a late score when Pankey found Garner on a 51-yard scoring strike. After the PAT, the scoreboard read 52-6, in favor of Whitney, with 7:04 left to play.

The Panthers managed to add a late score on a Zac Morrow 24-yard TD run to cut into the lead but it was too little, too late as Westwood fell by a final of 52-13.

Westwood hits the road next week as they travel to Groesbeck for a game against the Groesbeck Goats. Kickoff is scheduled for 7:30 p.m.