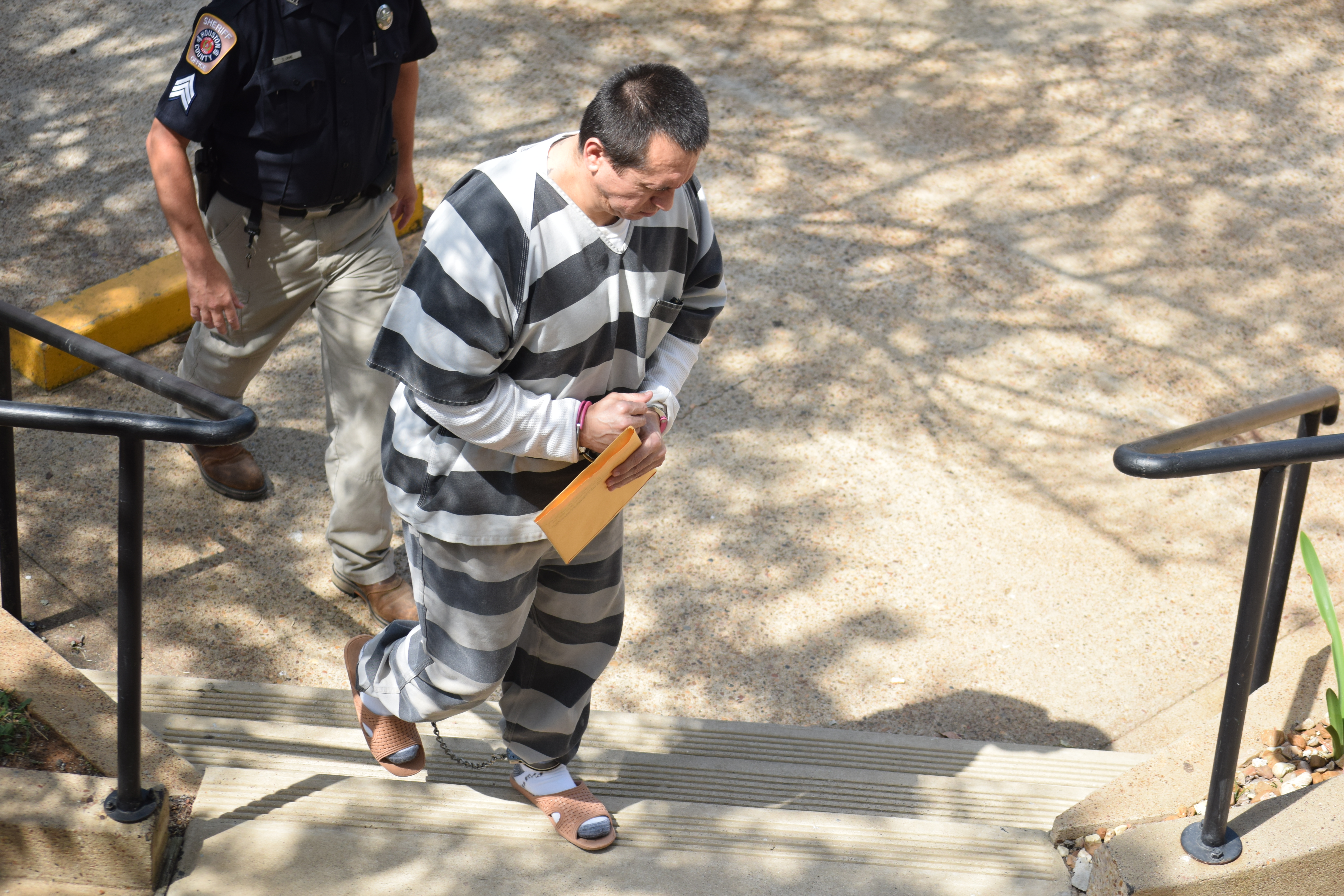 HOUSTON COUNTY – The legal proceedings in the punishment phase of the Robert David Mobley, Jr. vs. the State of Texas trial came to an end on Thursday, Sept. 28.  as 349th District Court District Judge Pam Foster Fletcher sentenced the convicted felon to a term of life in the Texas Department of Criminal Justice Institutions Division.

Mobley had been found guilty of aggravated kidnapping – directly related to the death of Vanessa Melson – by a Houston County jury on. Aug. 25.

In a prior arrangement between Judge Fletcher, Houston County District Attorney Donna Kaspar and Mobley’s defense attorney, Collin McFall, the judge – rather than the jury – would determine sentencing.

At approximately 11:20 a.m., the state indicated it was ready to proceed, however, because of a miscommunication on start times, Mobley’s lawyer was unavailable. The scheduling snafu prevented the trial from proceeding and court was recessed until 1:30 p.m.

Shortly after court was reconvened, Mobley was led before the judge in shackles and took his seat at the defense table.

Judge Fletcher began the proceedings and said an enhancement paragraph would be considered in assessing the sentence because of a previous felony conviction on Mobley.

Following the reading of the enhancement paragraph, the state opened and called Brian Chason, formerly with Anderson County Sheriff’s Office, as its only witness in the punishment phase of the trial.

Chason testified he worked a case in 2008, involving Robert David Mobley. He told the court he and other deputies had gone to the Mobley residence in reference to returning stolen property.

As the deputies approached the residence, they noticed two stolen four wheelers, along with a stolen truck. An AK-47 rifle was also observed in the truck. Chason testified the deputies knocked on the door, but no one responded.

Because of the stolen vehicles observed in front of Mobley’s residence, Chason reported the law enforcement officials requested and secured a search warrant.

When the warrant was executed, Mobley was located in the bedroom of the residence with a pair of crossbows next to him on the bed, along with numerous other weapons and several additional items believed to be stolen.

oom and a baggie of methamphetamine on the roof.

Once McFall had finished his cross examination of Chason, he called several witnesses to testify on Mobley’s behalf.

The first witness called by McFall was Mobley’s youngest brother Samuel Mobley. Mobley said his oldest brother was a jokester that liked to make people laugh. He also asked the court for leniency in sentencing because he said their mom had recently had a stroke and needed help at home.

After the DA finished her cross-examination, the defense called two more character witnesses on behalf of Mobley. His sister-in-law, Carolina Mobley and Pastor Antonio Herrera were called to the stand and both requested leniency before the sentence imposition.

In a line of questioning that was never pursued, all three defense witnesses who testified in the punishment phase were asked if Mobley was affiliated in any way with Mexican drug cartels or the Mexican Mafia. All three testified under oath that he was not.

Both the defense and prosecution rested their cases at approximately 2:30 p.m. after Kaspar asked for a sentence of life in prison while McFall said he didn’t believe anything in this case deserved a 99-year sentence or any other punishment because of the credibility of Brenna Theurer who provided key evidence in Mobley’s conviction.

After explaining the rationale, the judge sentenced Mobley to life in prison plus a $2,000 fine along with court costs.

Judge Fletcher explained the law allowed for a victim of a crime – or if the victim is deceased – for family members or friends to give a victim’s impact statement to the person found guilty of the crime.

“You sadistically took their mother away,” Magan Melson said, referring to her sister’s children. “Every time you lay down at night, I hope you hear Vanessa’s screams as you beat her to death.”

“You met her kids and looked into their eyes. They know your face. They know you. You went to her house to meet them. She was the only mother they had,” she said.

“I would do anything to have her back. Why didn’t you just let her go?” Melson asked.

Mobley stated he planned to appeal the sentence.