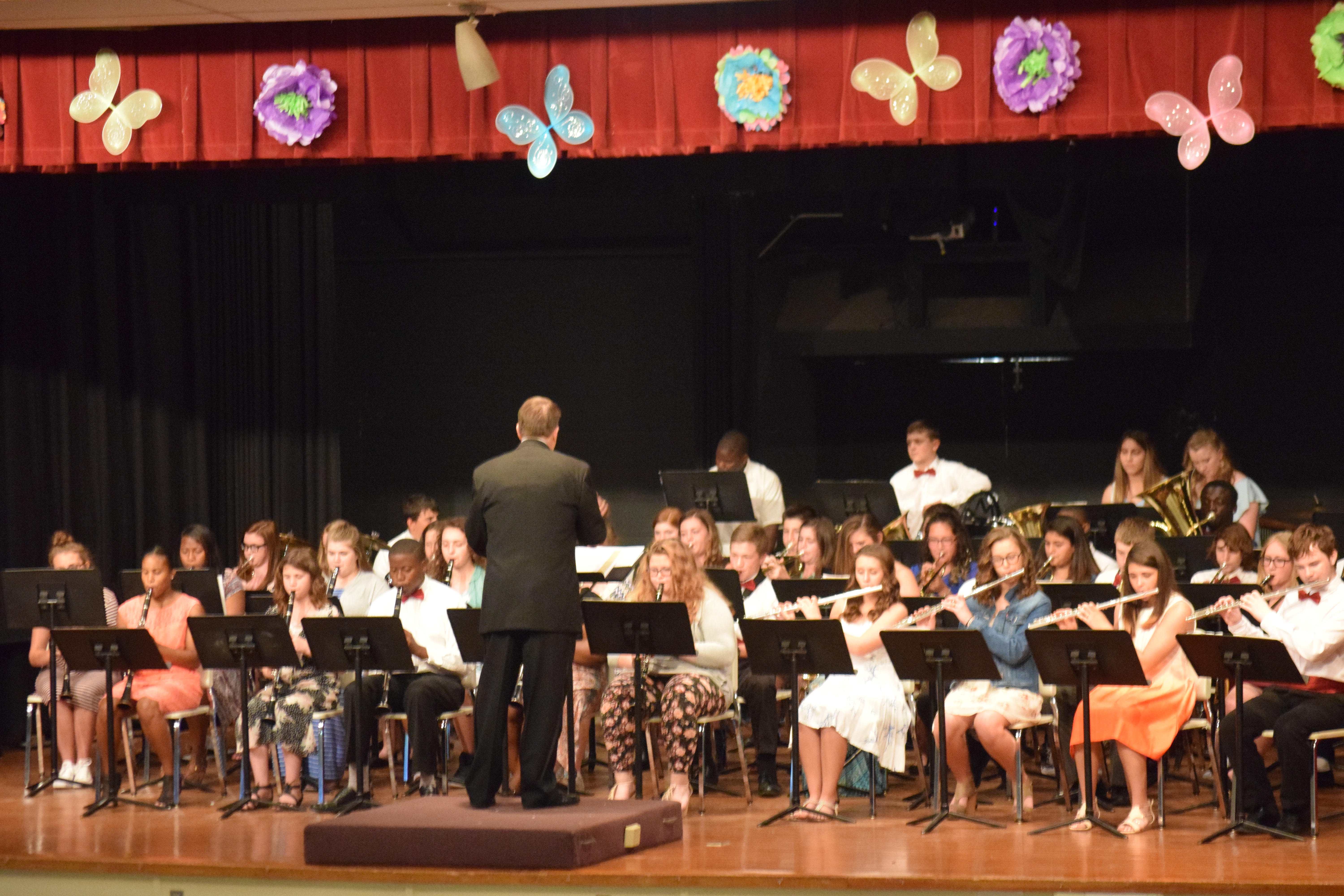 GRAPELAND – What a wonderful way to spend a Sunday afternoon! The Grapeland Sandie Band held its year end concert on Sunday, April 23 and treated the Grapeland community to a double header from the sixth and seventh grade band and the combined Grades 8-12 Mighty Sandie Band.

The wonderful sounds of woodwinds, brass instruments and percussion resonated through the Lorena Shultz Auditorium as the sixth and seventh graders took the stage under the direction of longtime band director Perry Frank.

The band was made up of flutes, clarinets, alto saxophones, trumpets, trombones, baritones, tubas and percussion instruments.

The alto saxophonists were: Marley Duhon and Cole Goolsby.

The tuba players were Nicholas Rea and Lakerian Smith.

When the younger musicians concluded, Frank informed the audience several of the band members had been out recently because of a Little Dribblers’ Basketball Tournament. As a result, the practice time was limited – which was hard to tell – based on their just completed performance. 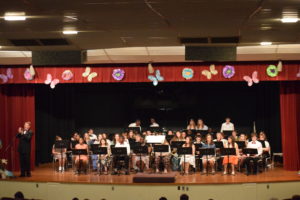 nd director yielded the floor to the event’s auctioneer – Ansel Bradshaw – who began to sell off the donated baked goods to the highest bidder. Some of the sweet treats went well over $500, with a select few approaching the $1,000 mark. In conjunction with the live auction, a silent auction was held in the back of the auditorium with cupcakes, pies, cookies, cakes and assorted other goodies on display.

After the auction concluded, Bradshaw reported “…the number right now is $7,025 not counting the silent auction or cookie sales. That is the largest fund raiser the Grapeland Band Boosters have ever held.”

Once the applause died down, Frank opened the second part of the program. Frank informed the audience the funds raised by the concert would be used to provide three, $1,000 scholarships to the graduating seniors in the band while the remainder would go towards the purchase of an enclosed trailer to transport the instruments to and from various competitive activities.

With that, the curtains opened and the band director welcomed the advanced band to the stage.

After the introductions, the musicians launched into a set of eight compositions. The selections included: Broken Bow; O Mio Babbino Caro; Moscow 1941; The Spirit of an Eagle; Hello; Hey Baby!; and 25 or 6 to 4.

The band was made up of flutes, clarinets, alto/tenor saxophones, trumpets, trombones, baritones, tubas and percussion instruments.

The flute players were made up of: Christi Shepherd; Kaylee Francis; Wyatt Web; and Alysha Williams.

The tuba player was Kasey Scoggins.

Earlier in the year, several of the band members had been selected as First Division UIL Soloists. These musicians were: Christi Shepherd; Cierra Espinoza; Cayden LeBlanc; Taylor Mars; Kristen Raymond and Kasey Scoggins.

Hurry, Hurry, Step Right Up!
Trick or Treat on the Square
Standing with Crockett