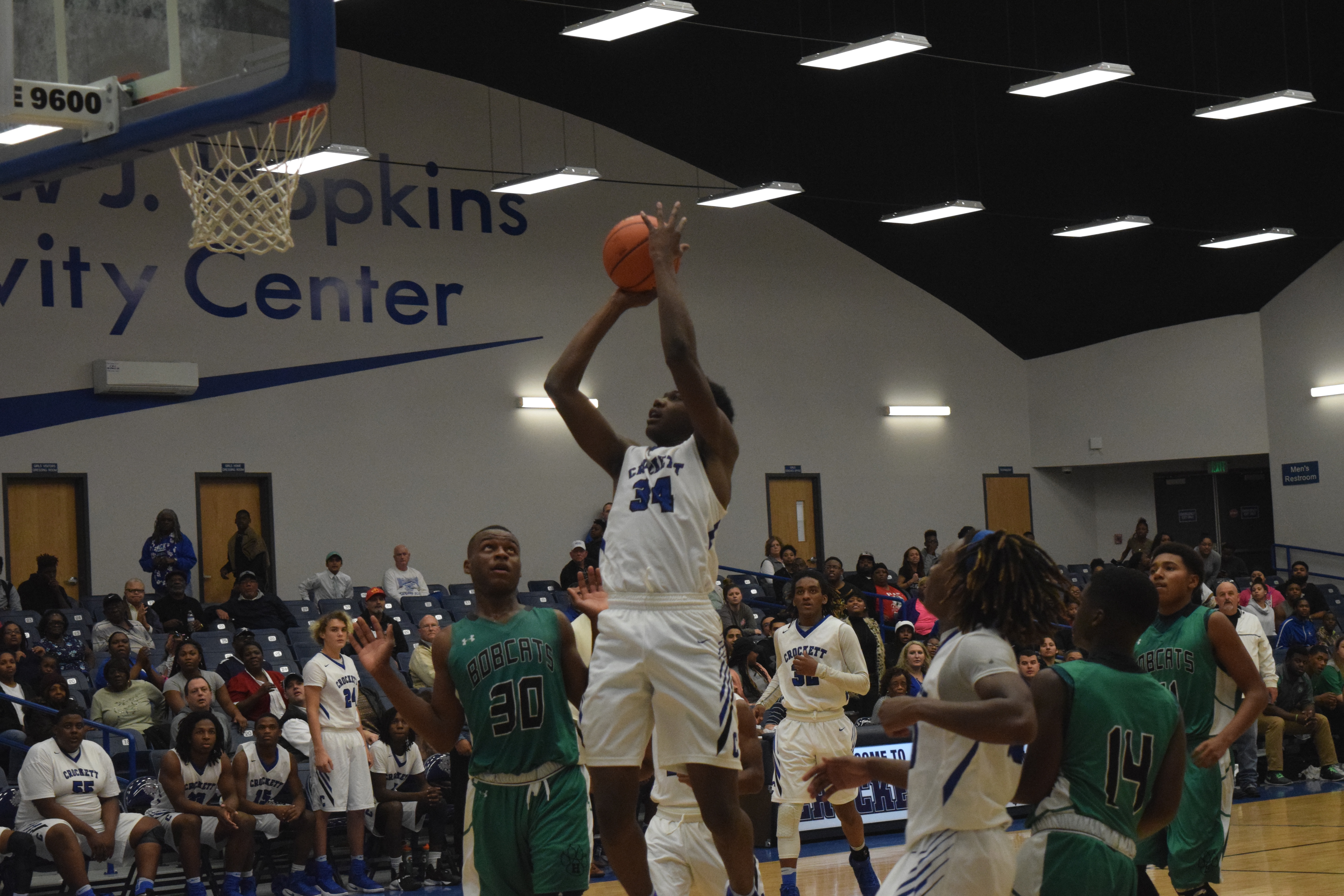 GRAPELAND – At the conclusion of the 2016-2017 boys’ basketball season, the All-District team selections for District 21-3A were released.

Selected as Coach of the Year was Hempstead Bobcats’ Head Coach Bobby Spain.

The MVP of the dis

The Offensive MVP of District 21-3A was New Waverly Bulldog Ja’Michael Williams.

The Defensive MVP of District 21-3A was Crockett Bulldog Allen Horace.

The Newcomer of the Year in District 21-3A was Coldspring-Oakhurst Trojan Ed Levi.

e Hempstead Bobcats were represented on the team by Ahmad Banks and Mike Mayes.

The Trinity Tigers were represented on the First Team by Trevor Barron, Raymond Franklin and Nolan Hodge.

The Messenger would like to extend its congratulations to all the young men on the list for a very enjoyable 2016-2017 basketball season and for a job well done.