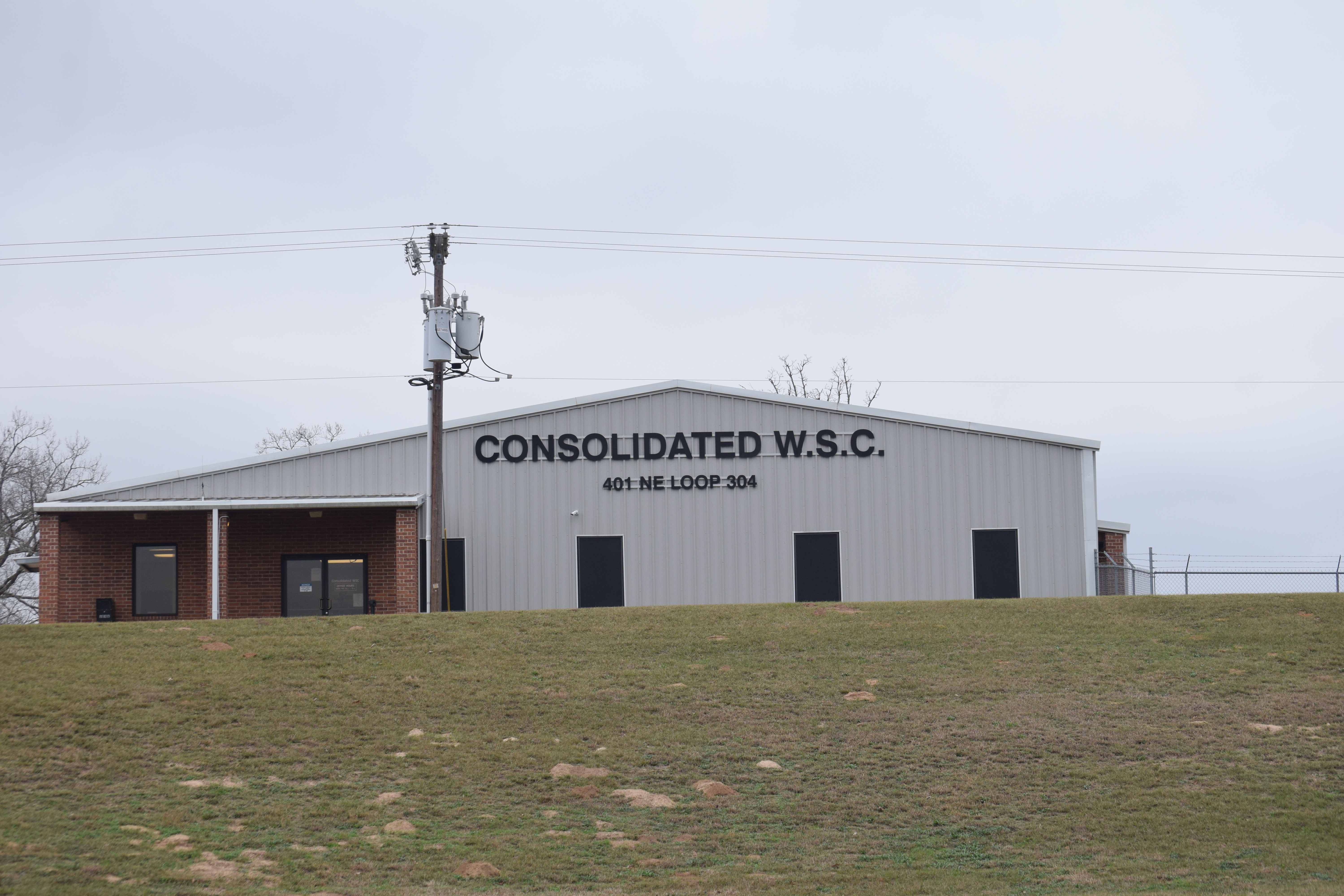 (EDITOR’S NOTE: This is the third part of a series on the CWSC. The first article examined the accountability of the CWSC Board of Directors and was published in the Dec. 18 edition of The Messenger. The second part of this series l addressed the responses given by the CWSC regarding questions previously asked by shareholders. The third part looks at specific questions posed to the CWSC Board.)

HOUSTON COUNTY – During the monthly meeting of the Consolidated Water Supply Corporation (CWSC) Board of Directors meeting held on Tuesday, Dec. 13, shareholders in the corporation wanted answers to questions which had been asked in previous meetings.

In the first part of this article published last Sunday, it was described how several shareholders had called the accountability of the board into question during the public forum part of the meeting.

The questions did not go away nor did the tension in the room dissipate when the CWSC Board retired into executive session at 6:42 p.m. In part two of this series, the immediate aftermath of the closed door session was examined.

In part three, the questions which were initially raised were re-addressed by shareholders Kevin Holbrook, Kirk Brenner and Kim Spellman. The trio had previously spoke before the board during the November meetin 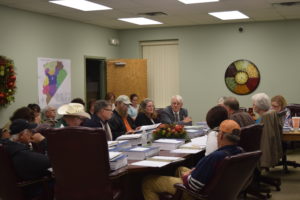 g and had leveled allegations of nepotism, preferential treatment, conflicts of interest, excessive overtime and discrepancies in the corporations contributions to the employee retirement plan.

Holbrook, a local businessman, spoke first about what he described as mismanagement and billing issues. He asked CWSC Manger if the overtime previously mentioned was attributable to CWSC workers at the corporation’s water plants.

Reed replied that yes, a fairly sizable portion of the OT was paid to the plant men. Holbrook produced a document pulled from the CWSC financial audit which showed three workers were paid 44 percent of all OT wages in 2014, 37 percent of the OT in 2015 and the projected 2016 number was 34 percent.

After voicing complaints about billing issues, Board President John Massengill informed Holbrook the issues he raised would be looked into further.

The next person to speak was accountant Kirk Brenner. He said while he was aware the questions he had asked about the CWSC retirement plan would not be answered at this meeting, he had further questions.

“I kind of interpolated the o 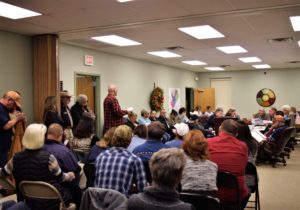 The minutes from the Dec. 8, 2015 meeting stated, “Principal Financial Retirement Account – When the board returned to regular session, a motion was made by Garry Holcomb to turn the retirement over to the insurance company to file a claim.”

“I would like to know what that claim is about. Was it paid? What was the reason for filing a claim with the insurance company regarding the retirement plan?” Brenner asked.

After he was informed a response would be given at the next meeting, Brenner said he never received some of the information he requested in regard to the retirement plan.

CWSC attorney Patrick Lindner commented the plan was to have responses drafted for approval by the CWSC Board and provide them to shareholders during the January meeting.

CWSC shareholder Kim Spellman followed Brenner and said, “My expectations are still the same. I expect to get an answer to the specific questions I provided you with last month.”

The questions she asked included:

“The last question I have is this and I would like an answer on this one as well. What are the specific processes that have been instituted based on member feedback whether it is harassment, operational standards or misalignment of pricing practices?” Spellman questioned.

Before she concluded, Spellman specifically requested any of the board members present to make a motion for a forensic audit “… so we can walk away from here with some action and not just tabled action.”

Because the possibility of a forensic audit was not on the board’s agenda, a motion to that affect coukd not be made. However, a board member did request an item pertaining to a forensic audit be placed on the January 2017 meeting agenda.

After Spellman concluded, CWSC shareholder Davis Nobel spoke to the board. “The dissension heard throughout the town has existed for several years. I believe all of you are aware of it. I came to last month’s meeting because I had questions I didn’t know the answers to. I didn’t hear the answers at the local coffee shop or at Walmart,” Nobel said.

He added he was very surprised at the allegations brought forward during the November meeting of the CWSC board and also very disappointed.

Nobel added to ask the members to absorb a rate hike of $500,000 while the excessive overtime had been allowed and then to request a pay raise was at the very least “disturbing.” 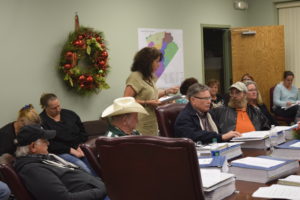 it is the board’s responsibility to oversee these matters. I’m not going to say you made mistakes. I’m not here to judge. I will issue a challenge, however. I would suggest you gather all the facts about the issues addressed here tonight – especially by Mrs. Spellman, Kevin (Holbrook) and Kirk (Brenner). I would challenge you as a board to find out the answers. Quit tabling everything from meeting to meeting. Address the issues, find out the facts and give us some answer. We want answers!”

Once that had been accomplished, Nobel requested the board to make the best decision for the best interest of its shareholders and not just a select few.

“Every member – that is who you are representing,” Nobel said. “Let’s find out the facts, lay this matter to rest, unify and make this organization what it should be.”