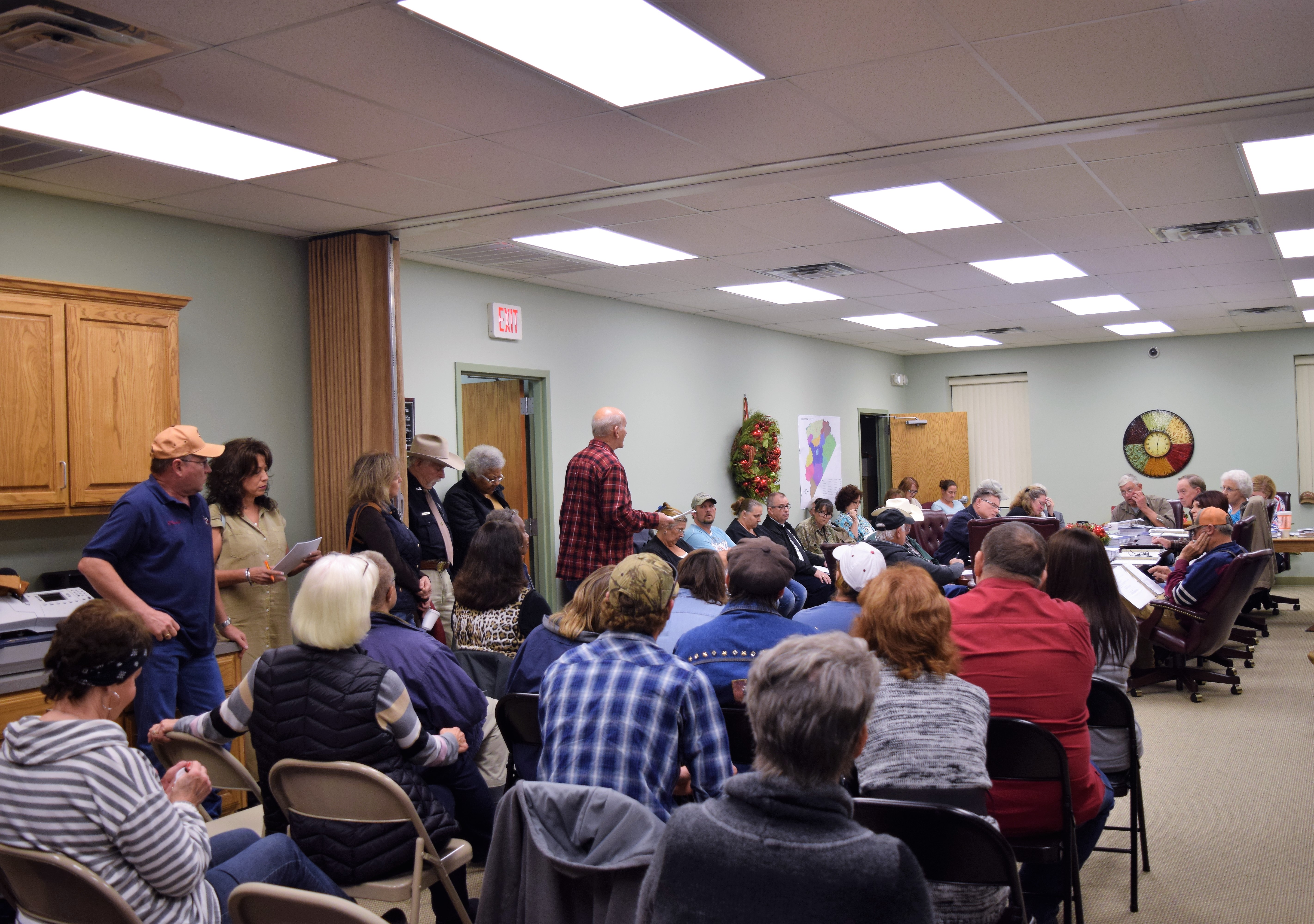 HOUSTON COUNTY – While shareholders of the Consolidated Water Supply Corporation (CWSC) raised questions about overtime, mismanagement of the corporation and the CWSC’s handling of retirement accounts in previous meetings, during the December meeting the shareholders demanded answers.

After the meeting was called to order by CWSC Board President John Massengill, the floor was opened for public comments.

The first question asked of the board was from Carol Hoch, the older sister of CWSC Manager Sherry Reed. Hoch inquired about employee bonuses and what the board planned on doing with monies already budgeted for said bonuses.

The CWSC Board is not allowed to respond during the public comments portion of the meeting and as a result, no answers were given

The next question came from Luther Boyd, a shareholder who resides near the Houston County Lake area. “I was wondering when y’all are going to do something about the taste of the water and the smell. That water takes like you know what. I see y’all are pretty smart to and drinking bottled water like I am because y’all can’t take it either,” the shareholder asked.

CWSC shareholder Allen Smith followed Boyd and described a water billing issue he had encountered after a property transaction.

“I sold a piece of property between here (Crockett) and Lovelady at the end of 2013. Of course, they (CWSC) ran some numbers and I had to co-sign for the water bill. They told me they would cut the meter off. In a period of four months, I ended up with a $5,000 water bill,” he said.

When he called to inquire about the matter, Smith said someone had informed Reed they were coming in to take care of the bill.

Smith said he also asked Reed why the water wasn’t cut off and according to Smith, Reed replied, ‘It just got away from me.’

“I wrote a check to the water c 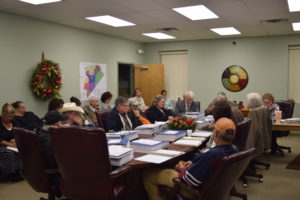 Former CWSC employee and shareholder Thomas Gilson followed Smith’s comments and expressed his belief the CWSC Board should treat its customers more like people and less like a money machine.

“You need to start thinking more about your customers and not just the general manager and regular employees,” Gilson said.

Shareholder Linda Neel was the next to speak and she commented the investigations into Reed’s alleged mismanagement of the company had been going on for several months “… and should be stopped. We should all get along as a community. This should have been sopped a long time ago. It has cost CWSC millions of dollars, probably. I don’t know. It should have been stopped from day one.”

The final comment of the public forum came from attorney and shareholder Cyndi Garner. She expressed her appreciation for CWSC, but also delivered a message to the board members.

“No manager does anything without your approval. You are the ones who are supposed to be running this joint,” Garner said. “You are the ones the people who pay the bills elected to run this joint. If you aren’t paying enough attention to know when a manager is doing something bad – then ladies and gentlemen – let’s start getting out our little whips and lashes and start whipping ourselves because you have failed to do what is right. It’s not Sherry Reed nor the other managers who have been here, but the board that we elected.”

She added she appreciated the service the board members were providing but also chastised the board for allowing comments and innuendo to carry on inside the meeting room.

“You should have put a stop to this. We are better than this. I’m asking you to remember the history of CWSC and what it has done for our community. Stand up, explain the problems, tell what you have done to run this company and you will have our full support. Let’s stop this,” she said.

After the deliberation and approval of several actionable agenda items, the board adjourned into executive session at 6:42 p.m. for discussion and deliberation on the evaluation of General Manager Sherry Reed.

The board members re-convened the open portion of the meeting following two and a half hours behind closed doors.

In part two of this series, the aftermath of that closed door session will be examined.

In other matters brought before the CWSC Board of Directors: