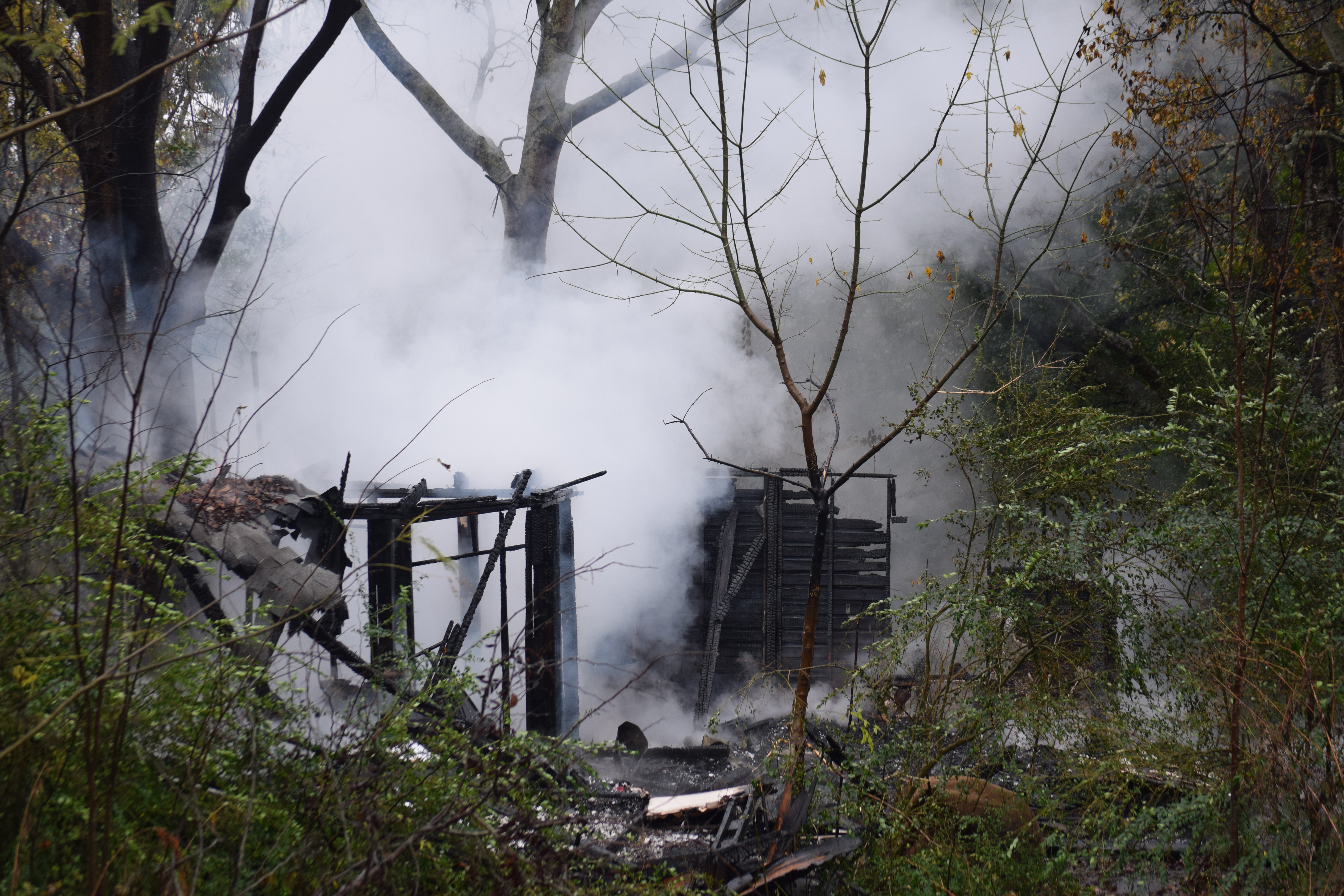 The Elkhart Volunteer Fire Department responded to a 911 call reporting the structure fire as the work week began on Monday morning but by the time the firefighters arrived at the scene, the structure was completely engulfed in flames.

Elkhart VFD Fire Chief Randy McCoy reported the department received notification of the fire at 7:02 a.m. The structure reported to be on fire was located on the west side of U.S. Hwy 287 approximately one-eighth of a mile south of the intersection of State Hwy. 294 and U.S. Hwy 287.

The department was on within minutes, but it was to no avail the fire chief indicated. Before the firefighters could unfurl the hoses and make in an effort to save the house, McCoy said the structure was enveloped in flames. He added the only course of action was to contain the fire and prevent it from spreading to the foliage and other homes located in the area.

McCoy indicated the structure was a complete loss and had been abandoned for several years prior to the Monday morning fire. No injuries were reported and the cause of the fire is unknown at this time.