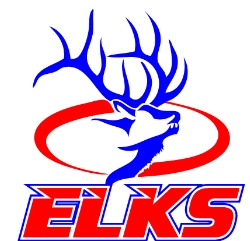 ELKHART – It was a game the Elkhart Elks could have won but turnovers and missed assignments proved to be their undoing as the Elks fell to the West Trojans by a final score of 23-16 last Friday night.

The Elkhart Elks came into last Friday night’s game against the West Trojans having won the previous week thanks in large part to their kicking game and they opened up the same way. On their second possession of the game, Elkhart’s Johnathan Simmons snagged a 35-yard pass from Elk QB Hunter Bush and made it into the West red zone.

The Elks could only pick up two more yards and settled for a 34-yard field goal from Jacob Walters for the early 3-0 lead.

On West’s next possession, the Trojans drove from their own 38 yard line to inside the Elkhart 10 yard line and capped off the drive with a five yard run from West QB Nathan Gerik. The two point conversion was good and as the first quarter dwindled down, the Trojans led by a score of 8-3.

Disaster struck for the Elks the next time they had the ball. Forced to punt from deep in their own of the field, the Trojans managed to break through the line to block an attempted Elkhart punt. West recovered the ball at the Elkhart five and two plays later, West RB Kaymon Harold plowed into the end zone to make the score 15-3 as the second quarter got underway.

Elkhart AD/Head Coach Sam Wells’ squad responded in a big way after the Trojans scored. The Elks went on a lengthy drive highlighted by a 45 yard scamper from Bush to move deep into West territory.

With the ball inside the five yard line, Elkhart’s DJ Williams lined up at the quarterback position. He took the snap and found a crease in the Trojans’ defense and slipped into the end zone from three yards out. After Walters’ PAT, the Elks had cut the lead to five and trailed 15-10, with just over five minutes remaining in the half.

After the two teams exchanged possessions, the Elks struck quickly to take the lead. Bush dropped back to pass from his own 44 and connected with Simmons on the sideline. Simmons shed the first would be tackler, broke across the middle of the field and found the end zone from 56 yards out. The try for two was no good, but the Simmons TD put the Elks back in the lead at 16-15.

As the first half neared the end, the two teams traded interceptions. First, Gerik was picked off by Simmons at the Elkhart 45. Next, Bush was picked by Harold deep in the Trojans’ end of the field. Gerik showed he wasn’t above trying to one up Bush once the Trojans took possession and his next pass was picked off by Elkhart’s Justin Wolford.

A final heave into the end zone from Bush fell incomplete as the half expired as the Elks clung to a one point lead as the two teams headed to their respective locker rooms for the halftime break.

When the two teams hit the field for the second half, they hooked up in a defensive slugfest. Neither team was able to put any points on the board in the third quarter – and as the final period of play began – Elkhart still led 16-15.

The Elks caught a huge break in the third period, however. Bush was intercepted by West’s Blaine Browder but as Browder appeared to be heading into the end zone with a pick six, Bush delivered a shot that jarred the ball loose and allowed Elkhart to recover at their own one yard line.

While they were able to move out from under the shadows of their own goal posts, the Elkhart drive stalled near their own 40, and they were forced to punt.

The two teams continued slug it out, but as the fourth quarter got underway, West RB Jacob Bates began to wear down the Elkhart line.  With just over 10 minutes remaining to be played, the burly running back barreled into the end zone from three yards out and after Gerik added the two point conversion, the scoreboard showed the Trojans with the lead at 23-16.

While the Elks had their chances to tie the game or win it outright, another turnover and a late defensive stand by West sealed Elkhart’s fate as they fell to the Trojans by a final score of 23-16.

The loss drops the Elkhart record to 3-2 overall and 1-1 in District 9-3A DI. The Elks will be back in action on Friday, Oct. 7 as they hit the road for a game against the Teague Lions. Kickoff is scheduled for 7:30 p.m.