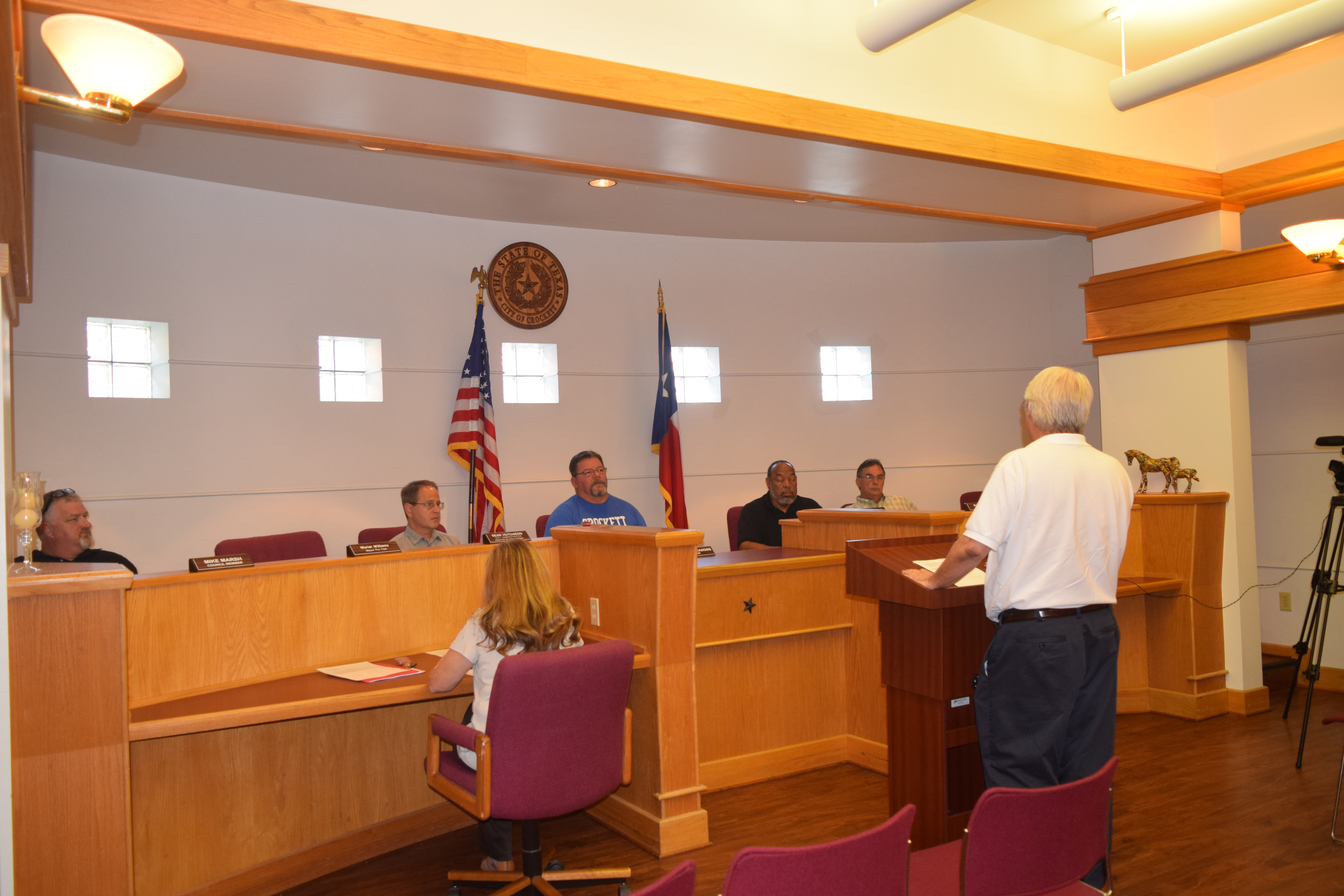 CROCKETT – The fate of the Crockett Economic Development and Industrial Development Corporation (CEIDC) remains in question despite several city council meetings aimed at resolving the matter.

The CEIDC first came under fire during the 2015 mayoral election. The CEIDC controversy re-emerged during the Fiscal Year (FY) 2017 budgeting process.  Approval of the organization’s budget was twice denied after a motion to approve the FY 2017 CEIDC budget in separate meetings resulted in the motion dying for lack of a second.

Finally, on Aug, 22, the CEIDC budget was approved by a vote of 4-1, with Councilman Ray Bruner voting against the measure.

In the most recent Crockett City Council meeting, held on Wednesday, Aug. 31, the CEIDC was back on the council’s agenda to “… discuss the future direction of the CEIDC.”

As the Aug. 31 meeting got underway, Mayor Robert Meadows addressed the CEIDC matter. “Council,” he began, “This is a discussion matter and the reason it is discussion only is because as everyone understands, this is a very serious and important matter we are facing. I feel like we need to discuss the options and be very clear about the direction we want to take. In doing so, we need to discuss the ramifications or any positive outcomes for any of the decisions we might make.”

After the mayor opened the floor for council discussion, Precinct One Council Member Jeannie Julian said she had received answers to queries she had posed during the aforementioned Aug. 22 meeting. At that meeting, Council Member Julian questioned how much debt the CEIDC had, what projects were responsible for that debt, how many jobs had those projects created and why were the issues faced by the CEIDC constantly being blamed on former CEIDC Executive Director Thom Lambert.

“I want more transparency and more accountability as we go into this process. I want an opportunity to look at those things and make those changes,” she said at the Aug. 22 council session.

While Julian had requested more transparency from the CEIDC, she failed to provide the answers she received to those in attendance during the Aug. 31 meeting. Instead, she distributed the responses to her colleagues in open session.

The answers were, however, eventually acquired after the meeting had adjourned. The indebtedness question showed the CEIDC with two debts. The first was for a USDA loan for Angelina College with an estimated balance of $2.6 million as of August 2016. The project had created 15 full and part time jobs.

Bonuses paid to the former CEIDC Directors were also revealed. In 2002, Eric Winters received a bonus of $500. Between 2004 and 2009, Tim Culp received $5,000 and between 2010 and 2015, Thom Lambert received bonuses totaling $20,000. These bonuses were approved by the city council during the annual budget process and are listed as a line item under awards.

Councilman Ernest Jackson commented there was no possible way to control the situation Cornerstone found itself in, when State Sen. John Whitmire effectively maneuvered the political process to cause the facility’s closure before it ever had a chance to get off the ground.

Jackson remarked, “There was nothing in place – at the time the money was invested – to hold that entity in to giving back some degree of that money. I think that is something we need to look at when we give money to businesses potentially coming to our city.”

Current CEIDC Executive Director Flint Brent requested an opportunity to address the statement the councilman had previously made about not having a way to recoup the money from Cornerstone. “I have sent a letter to Cornerstone requesting that they make monthly payments. That hasn’t happened. There are provisions to address this issue. There has been an attempt to make collections on monies that are past due. Of course, they were not scheduled to start paying until April or May, I don’t remember exactly which month, but I think they are four months past due.”

The CEIDC Executive Director replied, “That is not how it’s set up, Mr. Marsh. This is how people in the community have construed an idea without having actual knowledge. I am here to set the record straight, today. In section VI, Line E of the contract, it states ‘The CEIDC will pay the first two years of the note.’ Cornerstone is responsible for the last eight years. Our two years were up on March 31. They were supposed to start paying in April. They are not relinquished of that debt because Serenity took possession of the property. The debt is separate from the property.”

Marsh asked what the CEIDC planned to do and Brent said he would need to discuss this with the city because of possible ramifications from future businesses, if the city initiated a lawsuit.

Councilman Ray Bruner, who voted against the CEIDC budget said, “What I see is this information we found out tonight would have been real beneficial to us several meetings ago when we were discussing the budget and we were unknowing about all of this. I think one of the downfalls of the CEIDC is the secrecy y’all keep. We didn’t know what was going on, we didn’t know you had a contract and we didn’t know where the money was going and that might have changed our attitude quite a bit. That was information that was not presented to us. We are really handcuffed by executive sessions and we need more information to make better decisions. I think that information would have been very helpful to me to know that number and that contract and it would have been very helpful to the council.”

CEIDC Board Member James Gentry requested to speak once Councilman Bruner concluded. “I appreciate Mr. Bruner’s comments. We were not aware that you were not aware. That was one of the things when we met before, I thought that was information you guys would have because the contracts that were signed with Cornerstone were signed by the City itself. We did the pro forma performance agreement with them, but prior to that there was a contract with the city and we thought you had all the information. One of the things we (the CEIDC board) have discussed is communication. We did not know all of your concerns. I have said that many times before but we wish to have you at our meetings because we wish to give you this type of information. It was my understanding you already had all the information.”

The CEIDC Discussion continued for approximately an hour and several suggestions were made such as moving the organization from the civic center to City Hall and having the CEIDC provide more transparency, but no formal action was taken.