CROCKETT – Country music superstar and recording artist, Tanya Tucker will be coming to the Crockett Civic Center on Saturday Oct. 1 for a concert showcasing her decades-long career in country music. The Piney Woods Fine Arts Association (PWFAA) is presenting Tanya as the opening concert of their 26th Anniversary Season of bringing the best in the performing arts to East Texas. For tickets or more information go to www.pwfaa.org or call the PWFAA office at (936) 544-4276.

A defining voice of country music and a modern day legend, Tanya Tucker inspired many female artists who still top the charts today. From the signature classic songs to the unforgettable sass and soul of her voice, 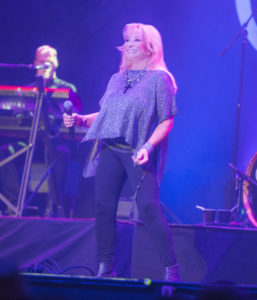 Tucker has paved a path in country music and beyond through an unprecedented level of success and continues her longevity today due to a natural, undeniable talent.

Her style has proven to be timeless ever since she recorded her debut single “Delta Dawn,” at age 13. The single earned a Grammy nomination for “Best Female Country Vocal Performance” and launched Tucker into the national spotlight during the beginning of her teenage years. In 1972, she earned the “Top New Female Vocalist” award by the Academy of Country Music. With a wildly growing career at such a young age, the Tucker craze continued with her first number one single, in 1973, “What’s Your Mama’s Name.”

Tucker achieved an unusual feat for a female country artist at the time with a 1974 Rolling Ston
e cover story with the headline, “Hi, I’m Tanya Tucker, I’m 15, You’re Gonna Hear From Me.”

The 1990’s gave rise to some of Tucker’s most recognizable and career defining songs, “Two Sparrows in a Hurricane” and “It’s a Little Too Late.” New albums, along with multiple versions of greatest hits and live compilation projects, propelled Tucker to become one of the best-selling female artists in country music.

“We are very excited to have Tanya Tucker in concert and are certainly looking forward to a wonderful show for all our guests,” PWFAA Executive Director, Glenn Barnhart said.

Reserved seats are on sale now……this show will sell-out, so get yours today!!

This show is sponsored by Houston County Electric Cooperative and Little River Healthcare and presented in association with KIVY/KMVL, KTRE, Houston County Courier, TLC Media, Texas Farm & Home and The Messenger. Follow us on Facebook for more information or to receive updates on all upcoming events. 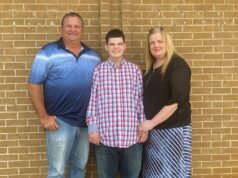 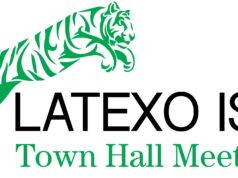 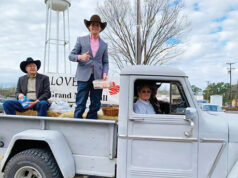