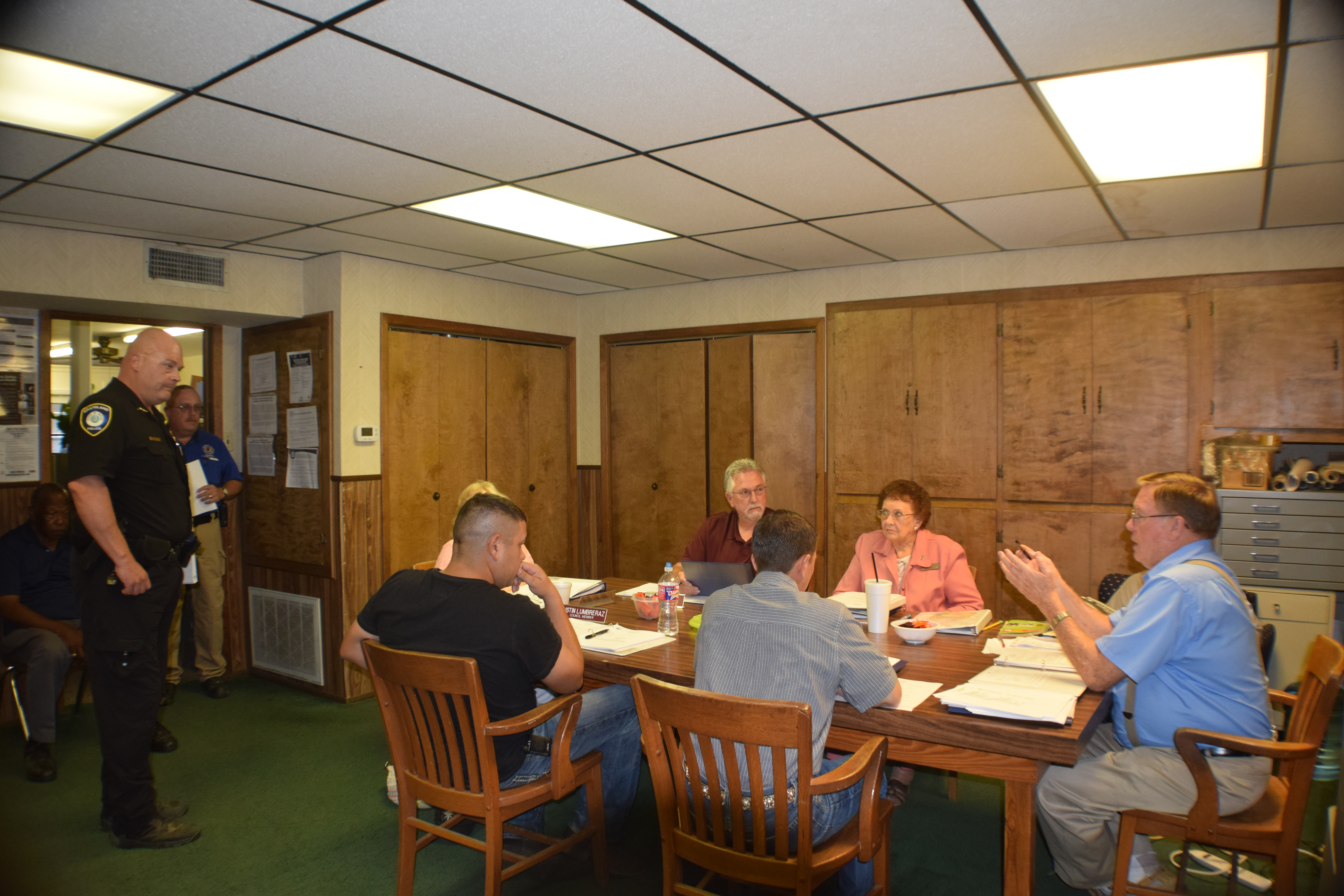 GRAPELAND – Following a second executive session by the Grapeland City Council during a called meeting held on Thursday, Aug. 18, a motion was made seconded and unanimously approved to accept the resignation of Grapeland Police Chief Kyle Duren.

After the executive session, Grapeland Mayor Balis Dailey was asked about the police chief’s resignation. “He didn’t give a reason. He resigned on Aug. 12 but his last official day will be on Aug. 19. That’s tomorrow (Friday),” he said.

Questioned about potential applicants for the position, the mayor commented, “We’ve had two inquiries and a third one this evening. But, we don’t know which direction we’re going to go in because they haven’t filled out an application as of yet.”

Dailey was also asked if he felt a 10 percent pay cut might have possibly played a part in Duren’s resignation. “Well, it couldn’t have been the insurance because there wasn’t any reduction in the insurance. The insurance stayed the same. We didn’t do anything with the retirement, insurance, etc. There was a pay cut. I can’t tell you whether it (the pay cut) was or not, I just know how I would feel. If you get a pay cut, it hurts. Whenever 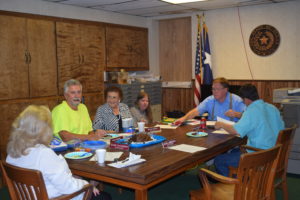 you’re dealing with those type of things – and I’m just guessing here – I have no idea what his financial situation is. It might have been in his best interest. He might have gotten more pay somewhere else and I’m all for that, if you can. But, in answering the question, I don’t know. That does hurt, though. I can understand it if everyone gets a 10 percent cut across the board, you would have to start thinking is there a better opportunity out there. That’s just the way I feel,” he said.

Prior to accepting the resignation, the first item addressed by the council members concerned the adoption of the City of Grapeland’s tax rate for Fiscal Year (FY) 2017. “The first item on the agenda is to adopt the tax rate of 0,610526 per $100 of taxable (property) value. That is the effective tax rate and it is only a 0.00059 increase over last year.”

Because the council had recently discussed the proposed tax rate in several budget workshops, there was no further deliberation on the matter and the tax rate was adopted.

The next item pertained to the approval of the 2016 certified tax roll. The council members briefly perused the tax rolls and after a few moments unanimously approved the matter.