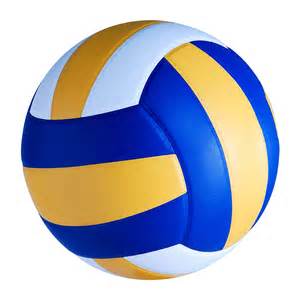 PALESTINE – While football is still in the scrimmage part of the season, volleyball season has already cranked up and is in full swing.

This past weekend, the freshman and junior varsity volleyball teams traveled to Eustace for a tournament and were rewarded for their efforts. According to Head VB Coach Kym Chapa, “All our volleyball teams finished up their tournaments this weekend. I’m so excited that our JV and Freshman Teams brought home some hard ware from their Eustace Tournament! Way to go girls!”

The freshman team won third place in the Gold Bracket and started off with a win against the host team, Eustace Lady Bulldogs by a score of 19-25, 25-23 and 15-7. The freshmen girls lost their next match to the Brownsboro Lady Bears by a score of 15-25 and 19-25. The freshman LadyCats rebounded in their final match of the tournament and took down the Alba-Golden Lady Panthers by a final of 11-25, 25-13 and 15-7. LadyCat Katie Litynesky was selected to the freshman All-Tournament team.

The JV LadyCats lost their first match of the tournament to the Mabank Lady Panthers in a close contest by a final score of 25-22, 17-25 and 11-15. The Palestine JV regrouped after the loss and took out the Arp Lady Tigers 25-13 and 25-15. The next match saw the JV squad capture the consolation bracket trophy after they defeated the Life Oak by the final score of 25-16 and 25-9.

LadyCat Taty McCullan was selected to the JV All-Tournament team.

While their younger teammates were in Eustace, the Varsity LadyCats were at the Longview Tournament. Unfortunately for Palestine, the girls lost both their matches. Their first contest was against the Tyler Lee Lady Raiders and they fell 8-25 and 16-25. Their next match was against Pine Tree and the LadyCats also fell to the Lady Pirates, 8-25 and 20-25. LadyCat Summer Hagan was selected to the All-Tournament team.

Even though they didn’t fare as well as they would have liked, Coach Chapa saw the tournament as a chance to learn and grow together as a team. “What a great opportunity this tournament was for us to play some big schools,” she expressed. “It was exciting to watch volleyball at a higher level as well as play against it. This tournament was such a great experience for our girls and they learned so much!”

On Tuesday, Aug. 16, the Palestine volleyball teams were back in action as they welcomed the Kemp Lady Jackets JV and varsity teams to the Dogwood City

The JV defeated the Lady Jackets by a final score of 25-2 and 25-7. The player of the game was Makenzie King. The win moves the JV season record to 4-5.

After the match, JV Coach Melissa Firmin commented, I’m so proud of them! They had great team work!”

Coach Chapa added, “I’m very proud of our kiddos for their first SWEEP of the season!”

Following the win, Coach Chapa exclaimed, “I’m so proud of our girls! We took Palestine Volleyball to the next level tonight. For the first time, we successfully ran plays and capitalized on opportunities we created.”

The win moves the LadyCats season record to 3-5.

The Palestine varsity will travel to Eustace for a tournament on Thursday and Saturday. All teams will play in Pittsburg on Friday with the varsity game starting at 4:30 p.m., followed immediately by the JV and freshman teams in two separate gyms.